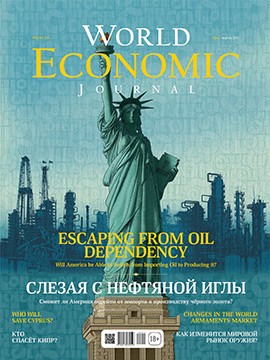 The house of cards of the world economies continues to collapse. The problems of Greece and Cyprus are just the beginning of a global trend. Public debt may soon flatten everything in its path like a huge snowball.

State debts are continuing to grow and, according to the latest estimates, it is becoming more and more difficult for countries not only to decrease the debt, but even to stabilize it. The preliminary results for 2012 show that the total debt of all countries has exceeded $55 trillion. The largest part (75%) is accounted for by only seven developed economies, the G7 countries. During the previous year they not only failed to improve the situation, but increased their debts by 5%. The total indebtedness of developed countries has grown by 12%, or 110% of total GDP.

The situation is not as critical in developing countries: During 2012, the total public debt grew by 1%, or 34% of GDP. The greatest increase was in the countries of the Middle East and Northern Africa, where public debts increased by 5%. In other regions the increase was 1-2% of the previous year’s level.

Debt Leaders Are Still the Same
No substantial changes have occurred in the leaders with respect to public debt. The first two places in the rating are held by the USA and Japan, with $16 and $14 trillion, respectively. Thus more than a half of the world sovereign debt is accounted for by two countries. They are followed by countries the public debt of which is $1-3 trillion. After Japan, where government liabilities are almost three times domestic GDP, the hardest situation is in Italy. At the end of 2012, Italy’s sovereign debt to GDP ratio was 126%. However, some experts note that the situation there is more stable than that of its Southern European neighbors, since the government bonds have long maturities and are owned mostly by domestic investors.

The largest percentage-based increase of the public debt among the countries studied was in Kazakhstan, where the debt increased by more than a third (+32%), moving that country to 58th place in volume of public debt. The greatest increase in financial liabilities among developed countries was in Spain and Australia, with indebtedness growing by 23% and 19%, respectively, in 2012.

China is continuing to reduce its public debt, although very slowly. At the end of 2012, its indebtedness had decreased by 6% over the previous year, while the government had paid off another 5% of its liabilities. The public debt of Greece also decreased by 8%, which can be explained by the fact that the creditors wrote it down in 2012. Hungary’s financial liabilities decreased by 15%, giving it 42nd place in the general rating.

Everyone Shares the Debt
Japan is still at the top of the list in public debt per capita: 1more than $110,000 for every resident. The consequences of the tsunami and the Fukushima nuclear power plant accident will have a negative impact on the economy of the Land of the Rising Sun for a rather long time to come. Japan is followed by Ireland ($53,900 per resident), and Singapore and the United States have practically caught up with it. In these countries, the debt per capita is $53,000. At the same time, the pressure on residents of Qatar has considerably increased: Every resident accounts for more than $37,000, which is 19% more than last year.

Reserves Won’t Save Us
When it comes to international reserves, China can boast the most impressive “safety cushion.” During the last year the country has increased its currency reserves to $3.5 trillion, which is three times the public debt. Second place is held by Japan, with $1.3 trillion, although that is enough to cover only 10% of the public debt. Third place was firmly gained by Saudi Arabia, which continues increasing its reserves. Russia, which is rated fourth, could soon be “pushed out” by the USA, which is continuing to increase its reserve funds. Nevertheless, it should be noted that in case of emergency, most countries won’t have enough in their “piggy banks” to cover all their debts.

Pessimism Is Becoming Reality
Considering the steadily growing pressure, more and more often we hear forecasts of the upcoming bursting of “debt bubbles.” The countries that are pressured by debt can’t find a way to pay their obligations and are being forced to borrow even more money to pay interest on their current loans. For both the majority of developed economies and countries where the debt-to-GDP ratio exceeds 60-70%, it looks like the point of no return has already been passed. Sooner or later they will share the fate of Greece and Cyprus. But in this case, there will be no one to borrow the “rescue” money from.

However, based on the predicted growth of public debt compared to GDP, some reduction of this figure is expected in the second half of this decade. But the optimists of the IMF are still betting on increased GDP, instead of the real reduction of public indebtedness.

Experts are increasingly tending towards the worst case scenario, stating that soon we are likely to observe a crisis of state finances, the extent and consequences of which will far surpass the financial crises of previous years.