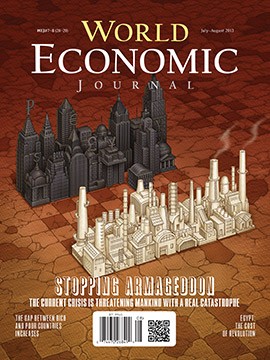 The gap between the world’s richest and the poorest countries is growing rapidly, and most poor countries have recently experienced a sharp increase in population. This is the conclusion reached by the World Organization of Creditors (WOC), by comparing the latest figures for GDP adjusted for purchasing power parity (PPP) per capita.

Of the 185 countries for which the IMF provides data, we chose the 15 richest by GDP adjusted for PPP per capita, the 15 poorest countries by this indicator, and added the BRICS countries for comparison. The total was 35 states, sorted by GDP, accumulated FDI in the country, volume of foreign debt, and other economic indicators. In addition, we analyzed social indicators for each state, such as population growth, unemployment, literacy, etc.

Among the top 15 countries with the highest wealth, seven are European, including Luxembourg (No. 2 on our list by GDP [PPP] per capita), Norway (No. 4), Switzerland (No. 9), as well as Austria, the Netherlands, Ireland, and Sweden. Also at the top of the list are the oil powers – Qatar (No. 1), Brunei (No. 5), and the UAE (No. 8). Also among the 15 leaders are Singapore, Hong Kong, and such developed countries such as the USA, Canada, and Australia.

At the bottom of the list for this indicator are 14 of the 15 outsiders, mostly from the African continent, with only one state outside Africa, namely Afghanistan. Democratic Republic of the Congo (DRC) is in last place, at $369 per capita.

We once again turn our attention to the gap between the largest and smallest of countries by GDP (PPP): the United States and Liberia; in 2012, the ratio between them was 5,863 to 1.

FDI and investment in fixed assets boost the economic growth of a state. FDI also brings innovation, making it possible to create competitive products and provide high-quality services. The volume of FDI during the year is quite volatile, making its analysis a more complicated matter; here we took the level of accumulated FDI in the country, as well as the accumulated FDI compared to GDP.

The FDI/GDP ratio exceeded 100% in a number of countries: Luxembourg, Singapore, Hong Kong, Switzerland, Ireland, and Liberia. The quality of life in these countries – with the exception of Liberia and, during the crisis period, Ireland – speaks for itself. In Liberia, although the FDI/GDP ratio reached 204%, the index is still at a very low level in absolute terms, only $5.5 billion.

Considering gold and currency reserves (GCR) in conjunction with external debt, we note that among the countries analyzed, GCR exceeded foreign debt in only a few of them, including Singapore, South Africa, China, and Afghanistan. The fact that Afghanistan’s foreign debt is so limited is due, most likely, not to its modest needs for currency, but to the difficulty of borrowing.

The most populous countries now are China and India, as before. However, the rate of population growth in these countries is decreasing. According to projections, the Chinese population will increase by 1% in the next three years, while in India it will increase by 4%. The fastest rate of population growth in the last 10 years among the states under consideration was in the oil-exporting countries, Qatar and the United Arab Emirates. In Qatar, the population has increased by almost three-fold in 10 years, from 0.68 million to 1.84 million. These figures reflect not only the growth of the Arab population of these states, but also foreigners who come to the country to work. In the UAE, there is another reason for the significant increase of the population: a census using modern technologies, which give more accurate information.

READ
From ‘saga of horrors’ to serving the world: Liberia peacekeepers honoured in South Sudan

In addition to these two Arab states, there are high rates of population growth in the less developed countries in Africa, as well as in Afghanistan.

In the next three years, the population will again grow most rapidly in Qatar (12%), as well as in African countries such as Mali, Niger, DRC, Malawi, and Eritrea. There will also be a 9% increase in the UAE and Afghanistan.

The planet’s youngest continent is, of course, Africa. The average age in Niger, for example, is 15 years, and in Mali 16 years. These figures are primarily the result of early mortality. Thus, life expectancy for these countries is 54.3 and 54.6 years, respectively; that is, according to the forecasts, the quality of life there still needs to grow.

In almost all the top 15 countries by GDP (PPP) per capita, the average age is at least double that. And in all the European countries considered, life expectancy is greater than 80 years; for example in Austria, it is 83.9 years.

The highest fertility rates are in African countries; thus, in Mali and Niger, there are 46 births each year for every thousand people. In the 15 richest countries, this figure is much lower, even by a quarter or less. For example, in Norway, the birth rate is 10.8 per thousand, while in Singapore it is even less, 7.9.

The level of migration shows the difference between the number of people who came to the country for permanent residence and who left. The absolute leaders here are Qatar, Singapore, and the UAE. All the BRICS countries, with the exception of Russia, as well as many African countries, are experiencing a net outflow of residents; in the rich countries, there is a net inflow.

Considering the relationship between state health care expenditures and GDP, we can say that the figure is in the range of 12% in all countries except the United States, where it reached 17.9% in 2010. However, this is only a relative value. If we consider the absolute size of state expenditures for health care, African countries are spending hundreds of times less money than developed countries. The same applies to education. And the result is that in most African countries literacy is quite low: Less than 70% of the population older than 15 can read and write. The lowest literacy rates are in Afghanistan (28% of population), Mali (27.7%), South Sudan (27%), and Niger (28.7%). That is, less than a third of the adult population of these countries is literate.

In conclusion, we look at the ranking by the Happiness Index in 2012. To calculate the index, three components were used: subjective satisfaction with life, life expectancy, and an environmental component. The Happiness Index demonstrates that a person does not seek wealth, but to be happy and healthy.

The Brazilians can be considered the happiest people of those represented in our study: Their country is 21st place on the index. Next are Norway (29th place), India (32th), and Switzerland (34th). You can also see more surprising results: The United States ranks 105th, Qatar 149th, and the UAE 130th. In sum, the inhabitants of many African countries are happier than those from Qatar; and residents of Madagascar, each of whom accounted for $955 of GDP (PPP) in 2012, were as happy as those of Austria, where the per-capita average was $42,409 GDP (PPP).

It turns out that happiness does not depend on the size of the state’s GDP, the level of health care and unemployment, the quality of education, and the size of FDI. There is something more important that brings satisfaction with live; however, we wrote about that in the last issue World Economic Journal.

France Is Electrifying Its Wheels

Are tax havens harmful to the global economy?