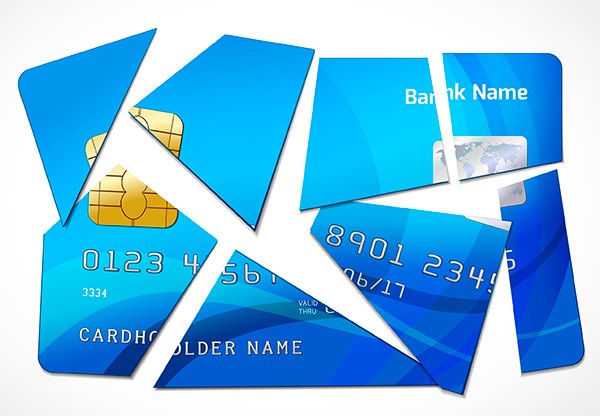 A law will take effect this summer that establishes a national payment system (NPS) in Russia, which is supposed to become, in the near future, an alternative to Visa and MasterCard within the country.

The legislation specifies requirements for the payment card system as well as regulatory functions and features to be carried out by the Bank of Russia. The main goal of the NPS is to ensure complete independence from international payment systems, foreign regulators, and political risks that could result in the partial or complete blocking of foreign payment systems. If the NPS project is successful, widely used international payment systems could lose up to $4 billion which the companies earn from commissions on approximately 85% of all transactions in Russia. And this despite Russians using bank cards much less than in the West. Out of all bank card operations within Russia, 81% are cash withdrawals and only 19% are for cashless purchases.

The decision to create an NPS was make after the cards at a number of Russian banks using Visa and MasterCard were temporarily blocked and blacklisted by the U.S. government. The continuing crisis in Ukraine threatens further complications for the Russian financial system and the economy as a whole. There is no denying Russia’s dependence on foreign systems today – Visa and MasterCard make up 85% of all bank cards in Russia. If one fine day the U.S. government decides to put more pressure on Russia, the virtual monopoly on cards could paralyze almost all of the country’s financial life within a matter of minutes.

At the beginning of May, Vladimir Putin signed a number of amendments to the law “On the National Payment System,” demanding that Visa and MasterCard either construct their own processing centers in Russia or place security deposits with the [Russian] Central Bank equal to the value of two days of transactions (in total about $2.9 billion). In retaliation, spokesmen from Visa stated that they might cease working in Russia. The government then softened its stance. By the end of May, it was made public that the government would establish the size of the deposits, together with the Bank of Russia.

It’s worth mentioning that Russia is versed in putting together its own payment systems, like Union Card in 1993, in which more than 300 financial institutions participated, as well as the Zolotaya Korona (Golden Crown), which included 500 banks across Russia and the CIS, and Sberbank’s PRO100. However none of these systems were widespread, which is why creating an NPS would basically require starting from the ground up. Nonetheless, Sberbank CEO German Gref announced that it will take between 2 and 6 months to launch the NPS after the law is passed. It is expected that the proposed law wouldn’t go into effect before January 1, 2015 and only afterwards would the launch process be initiated. Distributing the first 100 million new cards would take nearly two years.

WEJ talked to experts about the question of creating a NPS, the technical difficulties of implementing it, and the potential timelines for bringing the new system online.

According to Jakub Górka, Professor at the University of Warsaw, creating a national payment system in Russia is certainly possible. “I would do the same if I were you. Judging by the recent incidents when Visa and MasterCard stopped processing card payments initiated by clients of several Russian banks, operational, financial and systemic risks are likely to materialize. Besides, it is advantageous to have its own system, not dependent on international card organizations and their business models. I would say that technically it is feasible – you have the infrastructure and organizational resources, and if the regulator supports the idea, you may succeed in establishing a new payment system in half a year, perhaps not fully fledged yet.”

Vladislav Inozemtsev, Director of the Center for Postindustrial Studies, also spoke to WEJ about creating an NPS in Russia:
“The Russian government’s project to create a national payment system is an idea that has been discussed since 2009. In itself, this idea is unlikely to face any objections – given the political uncertainties, its premises are quite clear”.

“The problem is rather how convenient it will be for users and also how strictly its use will be regulated.

“For now it seems most likely that such a system would be owned by the Central Bank (there is talk of possible privatizing, but I’m not convinced of the viability of this perspective, since the payback on investment would require fairly high fees, which would run contrary to the goals of a widely used system), and therefore the costs of creating the necessary infrastructure ($4-10 billion) seem secondary. The more important question is how quickly the needed software can be created (which apparently should also be ‘national’). There is only one payment system today using its own software – the Siberian Zolotaya Korona – while most Russian banks use Open Way or Compass products. Zolotaya Korona’s compatibility with other payment systems is still causing problems. The Japanese JCB and Chinese UnionPay also operate using Western products. The compatibility issue is of critical importance for the system’s success, because up to 60% of Russian cards are used abroad in addition to domestically, and if customers are unable to do that under the new system, it will almost certainly result in a clear negative verdict.

“A very important question is who will bear the costs for installing additional equipment or reconfiguring existing equipment to process cards at points of sale. It is no secret that the fairly uncommon DinersClub or JCB card systems aren’t accepted in most places. The new system will face the same problem. Another concern is the topic of creating a uniquely Russian chip. The Universal Payment Card system currently includes a chip, but of low quality, so either a new product could be developed (which would be preferable, in my opinion) or one could be purchased from a Western manufacturer that already has the know-how.

“I want to emphasize that while all of these problems are technically solvable, a more difficult problem is getting these cards to be accepted overseas; not from a technical point of view, but from an organizational one, since foreign point of sale systems almost invariably require integration with Visa and MasterCard. This means that there can’t be a completely ‘national’ system.

“It’s difficult to say right now what Russian financial officials will do. Being neither an isolationist nor a supporter of autarky, I dare say that an internal electronic payment system in Russia wouldn’t be redundant, as most payments today are done through foreign banks, even when completing domestic operations (if, for example, a card is tied to a customer’s single- or multi-currency accounts). Achieving this is doable, just as Visa and MasterCard did it on the domestic market. However, you can be sure that such a move will evoke a highly biased attitude toward servicing Russian cards outside of the country, and customers would question the benefits of such a card.

“On the technical side, building a national payment system could take 4-5 years and cost up to $10 billion. Such a system is unlikely to pay for itself in the foreseeable future and would be limited to use within Russia’s borders. In fact, it could be become a defensive rather than an offensive tool, since it would most likely be cut off from international systems. In this case, foreign branch offices within Russia would mainly specialize in issuing international cards while Russian banks issued national ones. The integration of these systems will happen when international tensions decline, but getting to that point with our own payment systems would certainly be nice.

“If the Central Bank assumes these costs, it will be able to handle almost all cashless transactions inside Russia and become profitable in 8-10 years.”