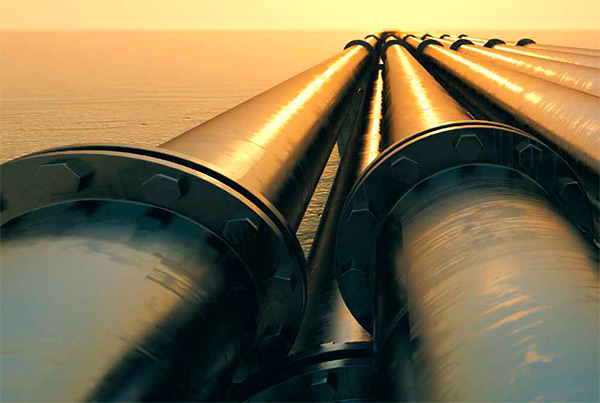 Dear Mr. Sharples, how would you assess the current state of EU-Russia trade relations – who is more dependent on whom?
Currently mineral products (mainly oil and gas) account for around 71 percent of Russia’s exports. Taxation oil and gas production and export contributes around 50 percent of the Russian federal budget. The EU is the main export market for Russian oil and gas. According to Gazprom Export, in 2013, Russia exported 133 bcm of natural gas to the EU. This is 68 percent of Russia’s total pipeline gas exports. According to the latest figures from Eurostat, in 2012 Russia exported 170 million tonnes of crude oil to the EU – some 71 percent of Russia’s total crude oil exports of 240m tonnes in 2012. So clearly, oil and gas exports to the EU are important for Russia.

Considering the European demand for diversification of energy supply, how possible is it for the EU to satisfy its energy needs with a minimal Russian input?
The diversification of energy imports for the EU is being made difficult by the increasing EU energy import dependency. According to Eurostat, although EU consumption of oil and gas was lower in 2012 than it was in 2003, the share of imports in consumption is rising. This means that total import volumes will at least be stable, if not rising. Russia is by far the largest external supplier of oil and gas to the EU. Interestingly, Russia is also the largest external supplier of hard coal and uranium to the EU, supplying 19 percent of hard coal and 27 percent of uranium consumption in the EU in 2012. It would take a highly concerted effort to significantly diversify EU energy imports away from Russia.

What sources are the primary targets for EU energy diversification?
Unfortunately for the EU, while Norwegian gas exports to the EU have increased significantly over the past decade, it looks as though Norwegian gas production may have hit a plateau, and is unlikely to increase further. Worse, Norwegian oil exports to the EU have declined by 66 percent over the past decade. It is true that the US is slowly developing its LNG exports, but there are challenges here. The US Department of Energy has only approved a small number of licences for LNG exports, because they want to ensure that enough gas remains for the domestic US market. Furthermore, most US LNG export projects are aimed at the Asia-Pacific market, where prices are higher. In 2013, the average price of gas at the US Henry Hub was $3.7 per Million British Thermal Units (MBtu). In Europe, the price of Russian gas on the German border was $11.2 MBtu, while in Japan, the average price of LNG imports from Indonesia was $17.3 per MBtu. Quite simply, if Europe wants US LNG imports, they will have to pay Asian prices, which are significantly higher than Russian gas prices.

So, if Norwegian exports and US LNG are a high risk stake, what other options does EU have?
The alternative is to source more gas from the developing global LNG market. According to the Group of International LNG Importers (GIIGNL), the global LNG market is set to remain tight (i.e. a competitive seller’s market with high prices and demand) until at least 2016. By 2020, new LNG export projects (particularly in Australia and the US) should come online. The question is whether the EU and its Member States will be able to attract those deliveries.

The EU does have the capability to reduce its imports of Russian oil and gas, but it will not be able to abandon them completely. Russia supplied 23 percent of total EU energy consumption in 2013. Clearly, it would be difficult to replace these volumes of oil, gas, coal, and uranium. To the extent that these volumes can be replaced, the result will be higher prices for European energy consumers.

Is it possible for Russia to reroute its exports towards Asia, and especially China in the near future?
It is possible for Russia to re-route some of its oil and gas exports to Asia. Indeed, Russia has already started doing so. In 2011, Rosneft began exporting 15 million tonnes of crude oil each year to China via the East Siberia-Pacific Ocean (ESPO) pipeline. In March 2013, Rosneft agreed to supply an additional 15m tonnes per year for the next 25 years. When deliveries to countries other than China are included, Russia exported 37m tonnes to the Asia-Pacific region in 2013 – far below the 170m tonnes it exported to Europe.

In terms of natural gas, Russia currently has just one LNG export terminal for deliveries to the Asia-Pacific region – a 10m tonne (13.8 bcm) capacity LNG export terminal on the island of Sakhalin, majority owned by Gazprom, with the participation of Shell (Netherlands), Mitsui and Diamond Gas (both Japan). This terminal accounts for less than 10 percent of Russia’s total gas exports each year.

In the case of Asia-Pacific, it is clear that Russia will have a lot of competition down the road which leaves Russia with “China option”, is it true?
Yes, the most significant development is the proposed gas pipeline to China. At the G20 in St Petersburg in September 2013, Gazprom and CNPC announced that they had agreed the route (from East Siberia to North-East China), the volumes (38 bcm per year), the contract length (30 years) and the start date for deliveries (2018). In contrast to the development of LNG exports, the pipeline exports to China would be guaranteed for several decades by a single contract. All that remains to be agreed is the price. Reports suggest that Gazprom is seeking $13 per MBtu ($485 per thousand cubic metres), while CNPC is prepared to pay $11 per MBtu ($410 per thousand cubic metres). This price differential of $75 per thousand cubic metres is equal to $2.85bn for each year of the contract. Over the 30-year life of the contract, this price difference could be worth $85.5bn. Therefore, it is hardly surprising that the two sides have driven hard bargains and have yet to make concessions sufficient to finalise the deal. Russian media reports suggest that, given the deterioration in relations with the West, President Putin will be more inclined to ensure that the deal is finalised when he visits China in May. However, given that gas exports to China will require the development of two new gas fields and the construction of a 4000km pipeline in East Siberia, the start date of 2018 seems extremely ambitious.

The gas deal would deepen Russia’s dependence on China, insofar as the pipeline deliveries cannot be switched to other consumers. However, the combination of new pipeline and LNG exports also represent a welcome diversification away from the European market, which is currently Russia’s major export market for oil and gas.