ADB/Rakesh Sahai Sand bags are being placed on the banks of a river in India to provide protection against storm surges and floods.

During a high-level event, the COP27 Presidency launched the Sharm el-Sheikh Adaptation Agenda to rally global action around 30 outcomes that are needed to address what the UN Environment Programme (UNEP) has described as the climate ‘adaptation gap’.

The agenda would enhance resilience for four billion people living in the most climate vulnerable communities by 2030. It has been dubbed the first comprehensive global adaptation-focused plan to rally both governments and non-State actors behind a shared set of actions.

According to the Intergovernmental Panel on Climate Change (IPCC), nearly half the world’s population will be at severe risk of climate change impacts by 2030, even with global warming of just 1.5-degrees.

The plans cover points of action on issues related to food security and agriculture, water and nature, human settlements, oceans, and cities, among others.

COP27 President Sameh Shoukry invited governmental and non-State actors to join the agenda during the Conference and beyond.

“This agenda brings together all parts of society.” UN climate change chief Simon Stiell said during the event, reminding delegates that COP27 is all about turning ambitions into results.

New commitments on adaptation and loss and damage

Later during a press encounter, Mr. Shoukry thanked some countries that during their national statements announced new commitments for adaptation.

“Specific pledges can help take us forward. I commend Rishi Sunak’s announcement that the United Kingdom will triple its adaptation finance by 2025, going even beyond the promised last year in Glasgow,” he said.

Austria also announced $50 million for loss and damage, and Scotland, which had previously pledged £2 million, announced an additional £5 million.

So far only five European countries – Austria, Scotland, Belgium, Denmark and Germany – have committed to address loss and damage.

Ursula von der Leyen, President of the European Commission, told leaders on Tuesday to follow her region’s example of committing to climate financing to the developing world.

“Those most in need in the developing world must be supported in adapting to a harsher climate. We urge our partners in the global north to stand by their climate finance commitments to the global south. Team Europe is stepping up … despite COVID, despite the Russian war”, she said.

“We will fight unrelentingly for climate justice, including in the international courts,” warned Gaston Brown, Prime Minister of Antigua and Barbuda. 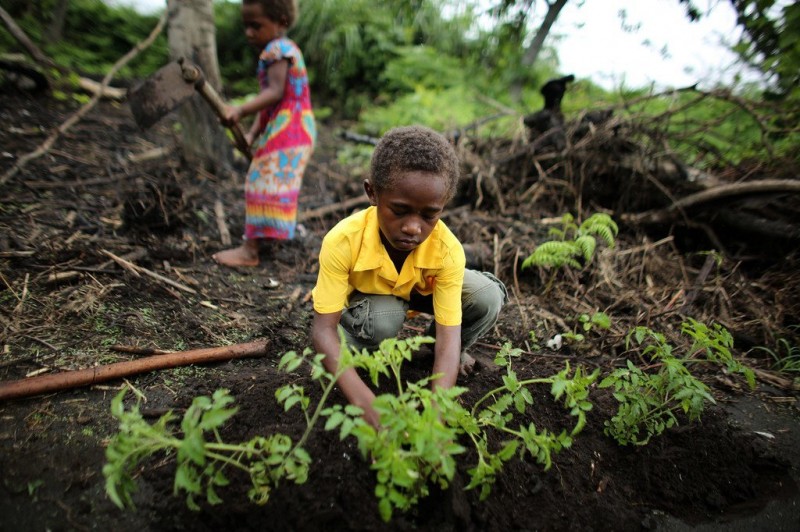 At a COP27 leaders’ event on accelerating adaptation in Africa, Secretary-General António Guterres also made a call for more adaptation finance.

“We need to invest massively in adaptation if we want to be able not to spend much more money in addressing the consequences of the disaster,” adding that “it is very clear, we need to be able to share adaptation and mitigation in climate finance”.

Mr. Guterres reiterated that multilateral development banks have a huge capacity to mobilize and to leverage private finance that is not being used.

Nana Akufo-Addo, the President of Ghana, also at the event, said that while Africa has done the least to cause climate change, the continent’s people, especially the youth, are suffering the worst impacts.

“Support and join in the fight against climate change,” he urged world leaders.

Meanwhile, in his national statement, Paul Kagame, the President of Rwanda, argued that during the COVID-19 pandemic, external financing hadn’t worked for vulnerable nations.

“The most valuable contribution that developed countries can make is to reduce their emissions faster while investing in Africa to build sustainable, green power. Questioning whether Africa is ready to make use of climate finance should not be used as an excuse to justify inaction,” he stated. 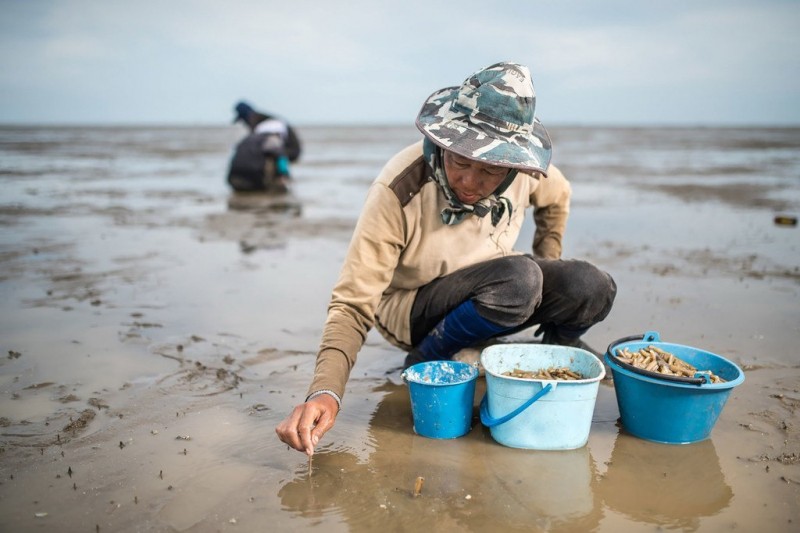 UNDP Thailand Mangroves are planted on a beach on the Gulf of Thailand.

More initiatives were launched today, including the Africa Carbon Markets initiative, which aims to expand Africa’s participation in voluntary carbon markets by setting goals for the continent and developing a roadmap of action programmes that will be implemented over the next few years to meet those goals.

In other highlights, one small island nation demanded at COP27 an international fossil fuel non-proliferation treaty, to phase out the use of coal, oil and gas.

“The warming seas are starting to swallow our lands – inch by inch. But the world’s addiction to oil, gas and coal can’t sink our dreams under the waves,” Tuvalu Prime Minister Kausea Natano said.

Last September, at the UN General Assembly, Vanuatu had called for the establishment of this treaty as well.

“Climate disasters leave a long shadow … for decades, years or even generations, and there is a growing recognition that we cannot leave vulnerable communities who have done little for this crisis to deal with these global crises on their own,” said Theresa Anderson, Climate Policy Coordinator from NGO Action Aid during a press conference.

She highlighted that developing countries represent six out of seven people in the planet, and they are all insisting that COP27 establish a funding facility to address loss and damage.

“Wealthy polluting countries need to look beyond their own noses, recognize the importance of a new financing facility that can help devasted countries to pick up the pieces and recover in the aftermath of climate disasters”, the activist underscored.

Over 27 million children at risk from devastating record-setting floods

ACCESS to CAPITAL, Local Assets as an underlying guarantee, COP 27