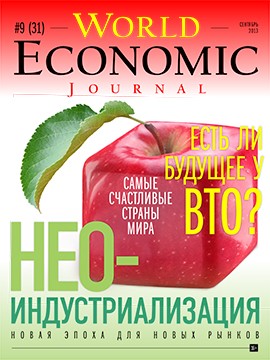 The American Fund for Peace publishes its Failed States Index every year, which reflects the political and economic risks threatening the integrity of countries and the ability of their governments to resist such risks. Throughout the eight-year history of this rating, the list of the most failed states has always hit the African countries, and the 2013 Index is no exception.

In 2013, the compilers of the Failed States Index analyzed 178 countries with the help of a special Conflict Assessment System Tool. The index is calculated based on 12 social, economic, and political indicators which are used to predict the potential collapse of a state. For each indicator, the country is awarded points on a ten-point scale where 0 points indicates minimal risks and threats and 10 points is the maximum, the lowest level of stability. The sum of these indicators determines a country’s position in the rating – the more points a country has, the more apparent it is that it is unable to deal with existing problems. Because the process of collecting and analyzing all of the information available on the countries is a long and laborious one, the ratings are compiled based on data from the previous year. Thus, 2013’s rating is based on the conflicts and crises of 2012.

The most a country can get is 120 points, but were this the case, one could hardly call it a state. States scoring 80 points or more are referred to as failed states with a critical level of risk. As of 2013, there were 70 such countries. Countries with a score between 70 and 79.9 (38 states) are close to a catastrophic situation and fall in the “orange” danger zone. The most stable countries that were resistant to new challenges and threats totaled just 14 in 2013 and had scores less than 30 points.

The 2013 leader, as it has been for the past six years, was Somalia, with 113.9 points. And indeed, Somalia is the clearest example of a failed state – there is no single and centralized government, no commonly accepted laws, and no unified currency. The real power in this “country” lies with the leaders of the various clans or heads of criminal organizations who control certain territories and who are constantly entering into armed conflict with their neighbors. In addition, Somalia is actually made up of several unrecognized states (like Somaliland), all of which declare their sovereignty, but which are not recognized by the international community. The major news coming out of that region is related to the armed clashes among the various Somali factions and the activities of the Somali pirates in the Gulf of Aden.

Second in the rating is the Democratic Republic of Congo (4th place in the 2012 ratings), where there is constant fighting and where the status of women is the worst in the region. The eastern part of the country has even gotten the name “rape capital of the world”; according to the American Medical Association, more than 40% of women there have been raped. In addition, since 2012, the country has had more frequent outbreaks of infectious diseases, in particular cholera and Ebola, which, because of the inadequate or even complete lack of medical treatment, has led to an increase in mortality. Government measures to eliminate epidemics and reduce rape haven’t changed anything – evidence of the inability of government institutions to control the situation.

The top ten most failed states also included: Sudan, South Sudan, Chad, Yemen, Afghanistan, Haiti, Central African Republic, and Zimbabwe. From the post-Soviet space, Uzbekistan was the most failed state, taking 44th place with 86.9 points. Other failed states in the rating were Kyrgyzstan (48th place, 85.7 points), Tajikistan (51st place, 85.2 points), and Georgia (55th place, 84.2 points), whose “failure” is defined as the inability of its government to solve the issue of self-proclaimed sovereignty in Abkhazia and South Ossetia, i.e., ensuring the integrity of the state.

The state whose position worsened the most was Mali. Back in 2012, Mali was ranked 79th with 77.9 points, which only allowed for a forecast of “possibility of losing control” by the authorities of that country. But by 2013 Mali’s numbers had seriously worsened to 89.3 points, putting the country in 38th place. This was due to Mali’s transition into a plethora of failed states, first of all, through an armed conflict that broke out in the northern part of the country on January 16, 2012, when several Tuareg separatist rebel groups staged an armed rebellion against the government of Azavad, an independent region in the country’s north. The inability of the government to quell this uprising led to Azavad unilaterally claiming the creation of an independent government on April 6, 2012. French troops were sent in on January 11, 2013 as a response to the government losing control of its country.

The index authors indicate that the location of the countries in these ratings was seriously affected by the Arab Spring. The consequences of the coups and mass anti-government protests most negatively affected Egypt (34th place) and cover the currently ongoing civil war in Syria (21st place).

The most stable countries, those most favorable for living in, included the traditionally leading countries of Scandinavia: Finland, Sweden, and Norway. These countries have high socio-economic indicators, developed public services and public institutions, and are distinguished by their respect for human rights and low crime rates.