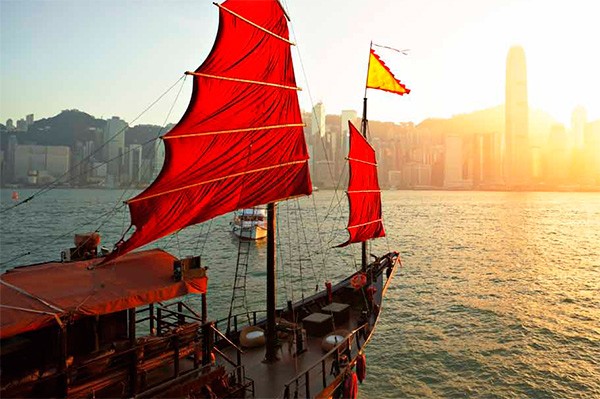 During the fall of 2013, the People’s Republic of China announced a massive economic project called “The New Silk Road.” Beijing has given formal recognition to a trend dating back to the 1990s to include Central Asian countries in the orbit of the Chinese economy. Now this trend has gained a clear and concrete form through this ambitious project, which brings together China, the countries of Central Asia, and possibly Central Europe.

The term “Silk Road,” which is borrowed from ancient and medieval history, was already used by then-U.S. Secretary of State Hillary Clinton in 2011. The Washington project proposed the creation of trade and transport links extending from the steppes of Central Asia to the southernmost tip of India. The main objective of this American project was to bring Afghanistan into a sustainable regional economic network, which the concept’s authors believed would have a positive impact on the stability of the whole region. The American project encountered several problems associated with the ongoing political instability in Afghanistan, as well as the project’s high price tag and the inability to compete with Chinese proposals.

The main objective of the Chinese project from the outset has been to meet the energy needs of the Middle Kingdom’s rapidly developing economy. According to the International Energy Agency, in 2010 China surpassed the U.S. to become the world leader in energy consumption. In 2011 China increased its consumption of coal, and supplanted Japan as the world’s leading importer of this resource. In January 2013 Chinese oil imports came out ahead of the U.S. China is very interested in energy-rich Central Asia due to the region’s geographical proximity and the fact that it allows China to avoid the political risks surrounding the shipping lanes of the Middle East (the blocking of the Strait of Hormuz) and unstable supply risks (piracy in the Strait of Malacca). The Syrian crisis has only strengthened China’s conviction of the need to develop economic relations with the countries of Central Asia.

Turkmenistan, of course, is the main supplier of energy resources from Central Asia. In 2009 China finished building a pipeline stretching 1,840 km from Turkmenistan through Kazakhstan and Uzbekistan to Xinjiang Province. In 2012 Turkmen gas accounted for 50% of Chinese gas imports, and the construction of the gas pipeline was completely financed by Chinese investments. In September 2013 Beijing entered into an agreement to develop the Galkynysh Gas Field, with reserves of 21.2 trillion cubic meters, which are second only to the Qatari and Iranian South Pars Gas Field. China agreed to the construction of an additional pipeline, which is expected to link Galkynysh to the Chinese market by 2020. The Turkmen pipeline system is of strategic importance for China because it is already connected to Iranian natural gas reserves and it allows for transporting Iranian gas through Central Asia, bypassing the Straits of Hormuz and Malacca.

China agreed with Kazakhstan in 2006 to a contract to construct a 3,000 km oil and gas pipeline to Western China. Since then the share of Chinese participation in the Kazakhstani oil and gas sector has risen to 22% and continues to grow. In September 2013 the China National Petroleum Company (CNPC) acquired an 8% stake in the oil consortium that is responsible for developing one of the fields in the Caspian Sea. As Jane Nakano, a fellow at the Center for Strategic and International Studies (CSIS), told WEJ: “The energy and resource ties are furthered by the active role of national oil companies, with the visible, high-level support of the Chinese government leadership.”

It is important to note that Chinese investments are not confined to the production and transport of energy and other natural resources. Much of the investment in Central Asia is directed towards infrastructure projects, such as building roads, schools, and hospitals. At the same time China is satisfying the economic growth needs of the Central Asia republics, and is funding the construction of a number of facilities that are important to the development and social stability of the region.

The visit by Chinese First Vice Prime Minister Li Keqiang to Bucharest, during which Beijing outlined its interest in partnership with Eastern and Central Europe, including importing meat and dairy products as well as wine from the region, represented a logical continuation of the New Silk Road project. Chinese leaders and representatives of various Central and Eastern Europe countries signed a cooperation program, which specified investments to be made in the creation of a new railway network, including a line connecting the Hungarian and Serbian capitals. Beijing’s desire to connect its country with Europe goes beyond Central Asia, and includes plans to involve the countries of the Caucasus region. Tim Summers, a China expert at the Royal Institute of International Affairs, stated: “The impact of the Silk Road over time on the global economy could be significant, if it promotes more trade between Eurasian economies (including China) or reduces the dependence on sea routes.”

The uniqueness of Beijing’s approach lies in its long-term planning and its complete avoidance of political issues. China is prepared to invest vigorously in the region’s economy and to build roads and schools without asking questions about democratic development and human rights violations. These factors mean that Chinese offers are quite often valued above American ones. Many experts agree that in the future the Chinese project could also displace Moscow’s traditional dominance of the region, especially considering that the latter’s financial resources are currently inferior to China’s.