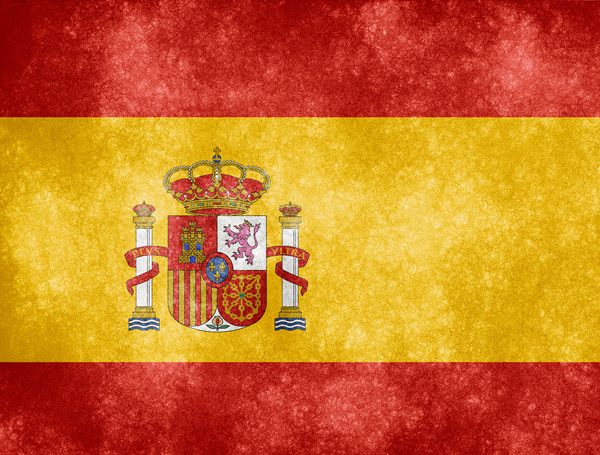 Over the past year, 60.66 million international tourists visited Spain, which is even more than in 2007, when the Spanish coast was especially popular (58.6 million). Prime Minister Mariano Rajoy was the first to announce the joyous news, even before the statistics agencies. In doing so, he tried to support the positive disposition of the sector and the citizens. He said that tourism would soon get them out of this infamous crisis. In some ways, of course he’s right: 10% of the Spanish GDP comes from tourism and that has been on the rise since late 2012. Worried about political instability in Egypt, tourists changed their vacation plans and headed to the Spanish coast to enjoy the sun. The recovery of demand in the travel business has been a positive factor for several European countries. The tide of tourists has naturally affected the balance sheets: At the end of 2013, the Spanish tourism industry brought in more than €45.1 billion. By number of tourists, Spain overtook China, and came in third after the U.S. and France.

The demand by domestic tourists is minimal, however. Some analysts of course note a slight increase in 2013, but after a two-year lull, it’s hard to talk about any significant results. Despite the fact that national tourism has “risen” to 2004 levels and politicians loudly declare their readiness to undertake “serious work to restore the country’s economy,” budget gaps are being filled in, thanks to the huge number of foreign tourists. Tourism has already come out of the recession, just a year after being in the red. Its portion of GDP grew 0.6% in 2013 according to Exceltur, making this sector the leader, considering that the overall GDP of the country fell 1.3%.

Besides reaching 60 million tourists, the industry is facing a difficult challenge – to solidify these results. Visiting tourists are a “loan” to the country provided to Spain by its Mediterranean competitors, and it will have to pay back the loan at the first opportunity. For now, Spain is attractive to its main markets. Almost a quarter of all travelers are from the UK – 14.3 million in 2013, or 5.2% more than a year earlier. A considerable number of tourists come from Germany and France – 9.8 and 9.5 million, respectively (5.8% and 6.9% more than in 2012). These three European countries have historically accounted for nearly half of all tourists to Spain. Two other important markets for Spain are Russia and the Scandinavian countries. Last year, the country was visited by 31.6% more Russians and 16.9% more Scandinavians (1.58 and 4.87 million).

All of the major Spanish tourist destinations, traditionally the beaches, turned a profit in 2013. As usual, foreign tourists travel en masse to Catalonia: 15.58 million people, or a fourth of all guests, up 8% over last year. Another 11.1 million foreigners visited the Balearic Islands (7.2% more) and 10.6 million vacationed in the Canary Islands (4.9% more). Despite these optimistic statistics, these are record numbers for the sun and the sea, whereas the regions that don’t have coastline are dependent on domestic or food tourism and are receiving almost no income. Permanent jobs are being created very slowly – temporary hiring for the summer solves the shortage of hands on deck. “From a macroeconomic point of view, everything in fine. But if you go into the details, the differences are enormous. The hotels that depend on domestic tourists take financial hits even though on the coast they are 100% booked. Even the Spanish capital lost 7% of its tourists over the past two years,” says Ricard Santomà, Director of the Sant Ignas School of Tourism at Ramon Llull University.

According to Exceltur, Spain hosted 3 million more tourists in 2013, while Egypt lost 2.5 million. The posh Egyptian hotels are worthy competitors for the Spanish resorts, which is why many tour operators advised clients to go to the Canary Islands instead of the Red Sea, in order not to lose customers. “This is a one-off success and it’s too early to say that it will continue. There are too many problems in Spain that cannot be fixed by tourists… The situation has caused a corresponding increase in revenues and expenditures. But we need structural development. In the short term, the problem will be insufficient investment in updating hotel infrastructure. Older hotels can’t provide a good future for themselves. The quantity and quality of staff at hotels, restaurants, and other establishments leaves a lot to be desired. There are few people and not all of them see their seasonal employment as a responsible job, negatively affecting the quality of service. But as long as there are tourists, hotel owners don’t think about change. A lack of liquidity ties the hands of even those who want to do repairs to their hotels.”
says Raúl Hernández, the director of the Chair of Tourism at La Laguna University.

Sector sales hit a record €55.9 billion by November 2013. Another key point, say experts, is the way in which tourists plan their travels. Statistics show that a large number are no longer relying on tour operators to book their hotels and flights, and 42.2 million tourists, or 70%, booked their vacations themselves. Yet travel agencies have seen an increase of 2.9% from 2012 to 18.2 million customers.

“The new technologies available have led tourists to compare prices and avoid middlemen. But at the same time they are much more demanding clients,” says Jorge Carulla, the general manager for Spain and France of the Travel Zoo website. The current crisis has shown that the “sun and sea” model of vacation is still relevant. The British and Germans still pack their bags and head south. In 2007, if you were to speak about the need to diversify the beach segment, it would have been senseless and would even have sounded funny. It’s Spain’s strong point, but the lying-on-the-beach concept needs to be updated, because now tourists can form opinions about hotels even before they have stayed in them.

“We have to change the concept of ‘sun and beach’ to ‘coast leisure.’ Tourists are not the same as 25 years ago. They don’t just come to bask in the sun. They demand good facilities and other things. And in this we fall short,” Raúl Hernández continued. “An estimated 70 percent of what overseas tourists spend on holidays to the Canary Islands is prepaid to tour operators. Once there, visitors don’t tend to open their wallets a great deal. The winners are the hotels that provide more entertainment for less money, the carefully renovated hotels with good service. And if the situation doesn’t change, there will soon be very few such places.”