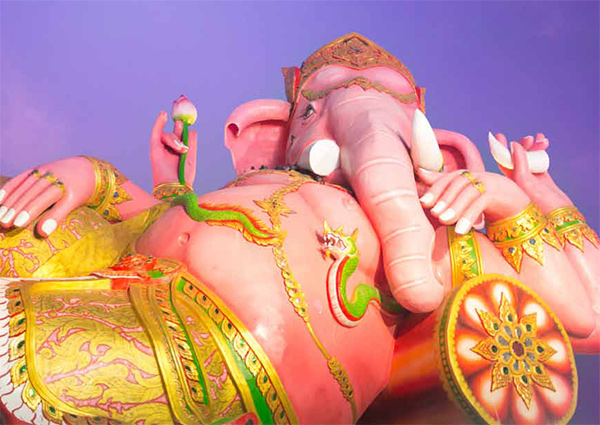 India, seriously weaken its economic position in 2013, is on the verge of national elections scheduled for this spring. Persis Khambatta, expert of the Center for Strategic and International Studies spoke about the political struggle and what economic challenges and opportunities exist in India in 2014 in an interview to WEJ.

2013 can hardly be called a success for the Indian economy. Growth rates slowed down, and along with the financial crisis, the outflow of foreign capital from the country intensified. What are the prospects for 2014?
On the face of it, India’s economic woes are far from over, but a closer look tells a more nuanced story.  The country’s GDP growth has slowed to less than five percent (nearly half of what it was in 2010) and the rupee took a beating this past summer, slumping to 68Rs to $1USD.  Commercial disputes ranging from intellectual property to taxes are common, food price inflation remains high and large infrastructure projects don’t seem to materialize at the rate that investors had hoped.  A chronically energy-starved nation, India can’t seem to find enough supply to satisfy its growing middle class, or to run the businesses that would fuel growth further.  Foreign Direct Investment (FDI) into India from Jan 2013 – Oct 2013 is down 12%.

When one looks deeper, however, the story is more complex.  Further reforms will likely take place in 2014, as India’s central bank opens the banking sector to competition and foreign retailers begin to move into large cities – both moves should create tens of thousands of badly needed jobs.   To illustrate the point, it was reported that for the 19,000 jobs available in the state run banks this year, nearly one million candidates appeared for the test.  India’s central bank will issue new licenses early in 2014, and a number of these banks are required to set up in rural areas, so the potential for both job creation and financial inclusion should increase.   The year’s monsoon was “good”, indicating that agricultural production (and exports) will help boost the rural economy as well.

Finance Minister Chidambaram noted that India should return to a higher growth rate this year – though how high it can go is a matter of debate.  Large corporations have hinted that they are holding back on green field investments until national elections are concluded, and political stability is certain.

What are the reasons that lead to this situation and the overall slowdown of the Indian Economy?
A lack of structural reform in the economy, and a lack of leadership in the economic direction of the country.  India’s export markets have also experienced economic sluggishness, which has been part of the problem. There are a number of powerful political bodies that oversee the economic trajectory of the country and they have not been in agreement as to what direction the economy should take – should it be redistributive or pro-growth, protectionist or market-driven? Should it rely on agriculture, services or manufacturing for growth? How can the workforce be trained and directed in order to balance the economy?  None of these questions seem to have a clear answer.  Direction from the top has been muddled, and work-arounds like the Cabinet Committee on Investment (created to fast-track lagging large infrastructure projects) are only a quick-fix.  India’s institutions have not kept pace with the economic transformation that has occurred over the past 20 years, and need to be strengthened in order to spur the kind of growth India seeks in the next 20. Another major problem is investor sentiment, which can be assuaged by implementing policies and regulations in a predictable manner, increasing certainty.  India has signed a number of Free Trade Agreements in the region and globally, but integration into FTAs is not as much of a problem as basic implementation of existing laws and regulations.

Let us dwell on the possibilities that may allow the country to strengthen its position in 2014. What, in your opinion, will be the driver of growth?
One of the biggest opportunities ahead is the creation of industrial corridors linking some of India’s largest cities to each other via road and rail – Delhi, Mumbai, Chennai, Kolkata and a few others.  These corridors are an attempt at planning sustainable infrastructure and cities across the country, and will house large industrial complexes, around which jobs will be created, both direct and indirect.  The corridors are largely supported by state-level leaders regardless of political affiliation, and have the support of the prime ministers of both India and Japan, who are financing their development.  They have the potential to affect 180 million people, living in or near the corridors.

And what could actually hinder the growth?
The largest challenge facing the country is the lack of political will to undertake much-needed structural changes to the economy.  While India embarked on landmark economic liberalization in the 1990s, it has yet to embrace a deep restructuring of its economy and the institutions that govern it – a national goods and services tax (GST) is yet to be implemented, labor laws still favor labor protection over labor expansion, and an inability to access its domestic reserves of energy continues to cripple the small and medium enterprises that could drive further growth.  Efforts to equip India’s workforce to expand manufacturing as a percentage of the country’s GDP are woefully slow, as is training a large section of the labor force for semi-skilled jobs.  There is no political will to tackle these hard issues in an election year, but they will continue to drag the country’s economy at a rate far below its potential.

READ
So Rich, So Poor

It turns out that the political situation is largely responsible for the economic collapse last year. But this year the balance of power in India can seriously change due to the upcoming national elections in the spring. How, in your opinion, will the balance of political forces change after the elections and how would new alignment of forces affect the economy?
One of the most notable trends for 2013-2014 will be political, given recent state elections and an upcoming national election.  Recently, five states went to the polls, and the ruling Congress Party took a beating in most of them.  The main opposition BJP party won three of those states outright, and two of those states saw their leaders re-elected ostensibly on the grounds of good economic governance.  Why is this newsworthy? Because India’s voters have for decades cast ballots based on community identity or other non-issue based reasons, but this is changing in a dramatic way.  New voters -including the young and newly middle class – are turning out to vote against corruption and for good governance and economic development.  While it is hard to predict how this trend will play out on a national scale, it does bode well for better governance, which ultimately bodes well for the economy.

The surprising and meteoric rise of a new political force, the Aam Admi Party (AAP), also has the potential to influence elections in major cities around the country.  Some analysts predict they could potentially play a national role, though this could be overblown.  The AAP’s potential may lie in its ability to play the spoiler in largely urban constituencies with an aspirational middle class.  It recently played the spoiler in the Delhi election, ending the Congress Party’s rule of the city-state, and ruining the BJP’s chance of winning it.  Voters turned out in support of the party, based on the AAP’s platform of ending corruption and delivering basic goods and services.

The prospect of a Third Front (a coalition of minority parties) is perhaps the most risky outcome of the election.  Ratings agencies have noted that the first few decisions of the new government will likely decide whether India keeps or loses its sovereign rating, which is at the risk of getting downgraded to junk.  Against the threat of a rating downgrade, political parties should already be planning what they will do to ensure political stability and decisive economic leadership.

Talking about business and investors, now deducing their assets out of the country, what election results would have been better for them?
Many investors are hoping that the upcoming national elections will return the opposition BJP, known for its pro-business, pro-reform agenda, to power in 2014 (they were last in power from 1999-2004).  However this may be premature, because the quick reforms have already been done – it is the deeper, structural ones which need action.  Unless a strong coalition government comes together to accomplish this, it is difficult to imagine the significant economic change that many are hoping for. The party’s front man and candidate for Prime Minister, Narendra Modi, also comes with political baggage, having been in power during deadly riots which many still think he could have stopped (though he has been acquitted by the courts).

You have already talked about a new electoral behavior of the Indian youth. What are the trends in the behavior of this group of people?
One of the most important trends in India today is the growing political involvement of the youth and middle class.  Frustrated with the status quo which rewards only a tiny elite group, they have begun to demand change (economic and social) beginning at the ballot box.  Recent state elections have shown that citizens are voting on issues of economic development, and are willing to accept new parties which have the potential to shake up the establishment.

In the past two years, India has witnessed a growing resentment toward corruption and violence against women – events have triggered mass protests in New Delhi and throughout the country.  What is notable is that the protests have been driven by traditionally politically apathetic groups.  The government has tried to respond to their concerns, but implementation of real solutions or attempts at genuine dialogue have been spotty at best.  The tension between the current government and a more politically involved young generation will likely increase before real change comes about.

What policy initiatives and solutions can ensure the resumption of economic growth to at least 7%?
Leadership.  Whichever party or coalition comes to power in 2014, the economy needs decisive leadership.  Certainty and predictability will boost sentiment and drive investment.  7% growth may still be a few years down the road; internal economic reform and institutional strengthening are both needed in order for India’s economy to grow sustainably for the next few decades.  If India were to focus inward for the near term in order to accomplish this, investors should cheer.

Back to the CSSR