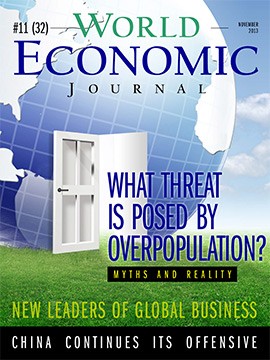 Timed to coincide with Republic Day on October 29, Turkey launched a massive transportation project: the opening of a railway tunnel underneath the Bosphorus Strait that has taken almost 10 years to construct. Marmaray (from the word Marmara, or the Sea of Marmara, and Ray – the word for rails) joined the old European and new Asian parts of Istanbul with underwater commuter trains. And so the dream of an Ottoman sultan from a century and a half ago was fulfilled.

Marmaray should help to relieve the densest Istanbul traffic. Travel time between the Asian and European sides of the Bosphorus will be reduced from half an hour (by ferry) or even an hour and a half (sitting in traffic on the bridges) to just four minutes. The first underwater tunnel to connect two continents in the world will carry 75,000 passengers an hour and almost 1 million passengers a day.

In late October, a relatively small 13.6 kilometer stretch of the 76.3 kilometer line was opened. Until the full completion of the project, the Marmaray trains will depart from the Ayr?l?kcesme station on the Anatolian side and go to Kazlicesme on the European side. The cost of a one-way ticket is TL1.95, or the same amount as other forms of public transport. The full line will begin working next year and will consist of three subway stations in the Istanbul regions of Yenikap?, Sirkeci, Uskudar, and 36 more above-ground stations. The Ayr?l?kcesme station will serve as a transfer point to the existing subway lines.

Speaking at the Silk Road International Conference, which was held in Istanbul on the eve of the tunnel opening, the Minister of Transport, Maritime and Communication, Binali Y?ld?r?m, repeatedly stressed that Marmaray is more than just a project to improve public transportation within Istanbul, but is part of the Silk Road, which has served mankind for centuries by connecting Asia and Europe.

“This project will reunify civilizations. The Silk Road isn’t just a caravan route, but a road that links the Eastern and Western civilization,” he said.

Turkish President Abdullah Gul and Prime Minister Recep Tayyip Erdogan weren’t the only dignitaries who took part in the opening ceremony: Several other big foreign guests were there as well, including Japan’s Prime Minister Shinzo Abe.

Erdogan continued in the same vein as his colleague, noting that it would take just four minutes to cross the Bosphorus. “This tunnel isn’t just the project of the century,” he added, “but of centuries. I am proud that my government has made a 150-year dream come true. We don’t just make promises, we keep them.”

Construction on the tunnel began back in May 2004. The General Directorate of Railways, Ports and Airports Construction chose the Japanese Taisei Corporation as the contractors, along with Gama-Nurol and Avrasya. The project uses 13.6 kilometers of pipe, 1.4 km of which is underwater. As intended by the designers, a new transportation system will connect Istanbul to the Ataturk and Sabiha Gokcen airports as well as the suburbs of Gebze and Halkal?. A transfer to the high-speed Istanbul-Ankara line will also be set up.

The trip between Gebze and Halkal? is expected to take 105 minutes, between Bostanc? and Bak?rkoy 37 minutes, and between Sogutlucesme and Yenikap? 12 minutes.

Forces of Nature and Artifacts

The launch of Marmaray has started debates about the project’s safety. Istanbul has been expecting a major earthquake for several decades now, as the metropolis sits on a fault line. Minister Y?ld?r?m assured reporters that concerns about the safety of Marmaray are exaggerated and the tunnel was built according to all the recommendations from seismologists. But the audience was feeling nervous by the end, after he stated that Marmaray is much more secure than the new business center skyscrapers downtown.

Nevertheless, Prime Minister Erdogan’s political opponents submitted to the government a parliamentary inquiry as to whether a train full of officials really did get stuck in the tunnel during trial runs. Some experts worry that the line was opened prematurely in an attempt to have the launch coincide with the state holiday.

Completion of the project was postponed several times due to archaeological finds when laying the tunnel. The tunnel was originally planned to open in 2009, but the unexpected discovery of human skeletons, church ruins, an underground cistern that once supplied water to Istanbul, fossilized footprints, and countless pieces of crockery delayed the project for four years and increased the project cost by half a billion dollars. One of the greatest archaeological finds was the port of Theodosius from the fourth century BC. Furthermore, 36 shipwrecks were raised from the bottom, 30 of them outfitted as merchant ships with sails, six galleys, powered by oars. All of the finds are attributed to the fifth through tenth centuries AD.

At the same time the Marmaray opened in Istanbul, test runs began on the “Golden Horn” metro bridge, which will ultimately be put into operation in January 2014.