POLITICSECONOMYINDUSTRY
Last updated Nov 6, 2022
37,934
Share
Articles / Rubric: Global
Eurasian economic integration is a project that has some prospect of success 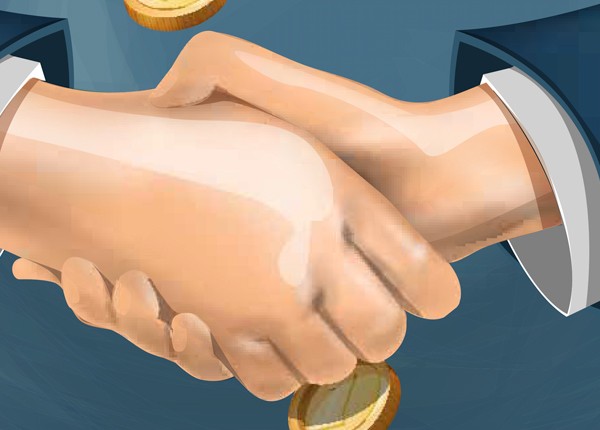 Professor Julian Cooper, expert of the Royal Institute of International Affairs, in an interview to WEJ, spoke about the prospects of the Customs Union of Russia, Belarus and Kazakhstan, the potential for its expansion and the risks to Eurasian Customs Union stable development.

Professor Cooper, the Eurasian Customs Union has been functioning now for over two years, how would you assess its effectiveness?
It is too early to draw any firm conclusions. However, its central administrative structure, the Eurasian Economic Commission, has undertaken a very considerable volume of work in a relatively brief period to establish the basic institutions of the Union and the closely related Single Economic Space (SES). Much progress has been made in developing improved administration of customs, technical regulation, sanitary, veterinary and phytosanitary regulation and non-tariff measures. The SES is developing, especially in relation to the free movements of goods and services, but much work remains to be done to secure the other two freedoms, of labour and capital. Under the leadership of Viktor Khristenko the Commission has formed an impressively professional team of officials and a businesslike working culture. Its international standing has been steadily rising.

But how would you comment on the direct economic effect of the Union, do the facts match ECU’ leaders prognosis?
The first years of the ECU have coincided with somewhat unsettled economic conditions in the member countries. With a declining rate of growth in the Russian economy and economic difficulties in Belarus, trade volumes have not expanded as much as originally expected and these circumstances make any overall assessment of the benefits and costs extremely difficult and probably premature. At the same time, while striving to deepen the ECU by developing the SES, the Commission has been faced with some challenging issues of enlargement.

Speaking of enlargement, there are three Commonwealth of Independent States (CIS) candidates that are currently working on becoming ECU members, what are the chances for their inclusion in the Customs Union?
The incorporation of Kyrgyzstan into the ECU is inevitably a far from easy process as it has an economy with a lower level of development and the existing Union members have concerns about border security and the ease of access of Chinese goods. Now that Tajikistan is a member of the WTO future accession to the ECU should be facilitated but nevertheless the process will not be easy. The latest cast of Armenia is less problematic. Accession may be quite rapid and given the country?s level of development the economic benefits to the Union as a whole are likely to be more significant than for Kyrgyzstan and Tajikistan.

But there is also the question of Ukraine, the biggest and the most desirable CIS candidate for the ECU. Considering the political unrest in Ukraine, do you believe there is any chance of Ukraine joining ECU?
In my opinion this development is unlikely. Ukraine has been to the fore in developing the CIS free trade area and, given the country?s extensive trade links with Russia and other CIS economies, this could be a rational policy. However, Kiev?s desire for a developed form of economic integration with the European Union is also clear despite the costs it would entail in the short run.

Does that mean Ukraine will lose significantly with EU Association Agreement?
The proposed Deep and Comprehensive Free Trade Area is not well-suited to Ukraine?s current economic circumstances. It envisages a very rapid transition to duty free trade and takes little account of the realities of the country?s long-standing extensive economic relations with Russia. Clearly, a compromise solution is needed, permitting greater integration with the EU while preserving and perhaps even deepening economic links with Russia and other CIS economies, especially in such fields as the aviation industry and shipbuilding.

Outside of CIS, there are a few countries that voiced their desire to join ECU, including Vietnam, New Zealand, Syria, India, Israel and Turkey. Could ECU incorporate all those economies in a relatively short term period?
If the ECU is to develop into a meaningful economic grouping bringing real benefits to its members in my view its principal focus at this stage should be institutional consolidation and deepening not widening to bring in new members. It is still a very young organisation and there is a danger that too rapid expansion could dilute the nascent Union in ways that will limit any economic benefits derived from it for both existing and new members. Much more realistic and practical would be the establishment of a set of free trade agreements between the ECU and interested partners. Over time, these could evolve into ever-closer arrangements opening prospects of eventual membership.

Next target set by the leaders of ECU is the creation of Eurasian Economic Union in 2015; would you consider this goal reachable? What could be the major contradiction in a path to deeper economic integration?
The available evidence suggests that this will be little more than a fully functioning customs union and SES. One senses that Russia in particular would like to move to a Union with a more clearly articulated political dimension but this option is unlikely to be attractive to Kazakhstan and perhaps now also Armenia. Eurasian economic integration is a project that has some prospect of success but could well founder if it becomes politicised. By its nature, the ECU and the future Economic Union cannot be other than asymmetric as Russia is by far the dominant member in terms of economic strength, population, resource wealth and, of course, military might. But effective integration can only work if it is based on a peer basis regarding the decision making powers of all the parties involved. Working within a multilateral framework of this kind inevitably places particular demands on Russia to respect the wishes of less weighty partners.

Eurasian economic integration is a project that has some prospect of success
37,934
Share