Over 50 activists of all ages and backgrounds took over the so-called ‘Blue Zone’ – the main area of the conference centre in Sharm el-Shaik overseen by the UN – to chant “Stop funding fossil fuels! Stop funding death!”.

Susan Huang, representing the NGO Oil Change International was among the participants aiming to shed light on the fact that wealthy countries, as noted by the UN Secretary-General earlier this week, are still pouring money into fossil fuels at a time when we need an urgent transition to renewable energy.

“At the G7 summit last year, there was an agreement to end public finance for fossil fuels by the end of this year. But the International Energy Agency has come out and said that actually the slow transition to renewables is what is exacerbating the climate crisis and the energy crisis. So, we’re urging world leaders to fulfil their commitment and stop public finance for fossil fuels,” she told UN News.

Ms. Huang said that these investments are also causing incredible damage, destroying biodiversity and devastating livelihoods across the world, and she was not alone: Dipti Bhatnagar, from Friends of the Earth International in Mozambique, delivered an impassioned speech that, if the nodding heads and enthusiastic murmurs of agreement were any indication, clearly resonated among all those entering the main square of the conference.

“Rich countries are out to grab the huge gas reserves, and people are being dispossessed of their land. One million people out of the 23 million [of Mozambique’s] population are living in refugee camps because of gas. We say no to more gas finance. We won’t let Africa burn,” she shouted.

The activists made clear that the best way to increase energy access worldwide and meet the needs of the most vulnerable, is by investing in community-supported renewable energy plans.

“Energy plans that can be controlled and operated by the people in the community,” Ms. Huang explained. 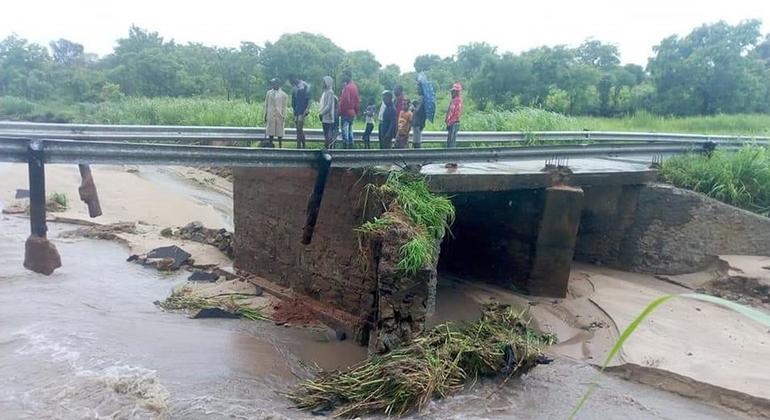 Meanwhile, just two pavilion zones away, the UN Secretary-General also called out Governments and the financial sector for continuing to invest in fossil fuels.

António Guterres was speaking at the launch of a new independent inventory of greenhouse gas emissions created by the Climate TRACE Coalition and spearheaded by former US Vice-President Al Gore.

The tool combines satellite data and artificial intelligence to show the facility-level emissions of over 70,000 sites around the world, including companies in China, US and India. This will allow leaders to know the location and scope of emissions being released.

Mr. Guterres explained that the data released by the initiative shows that because of underreporting of methane leaks, flaring, and other activities associated with oil and gas production, emissions are many times higher than previously reported.

“This should be a wake-up call to Governments and the financial sector, especially those that continue to invest in and underwrite fossil fuel pollution,” he told the COP27 plenary. 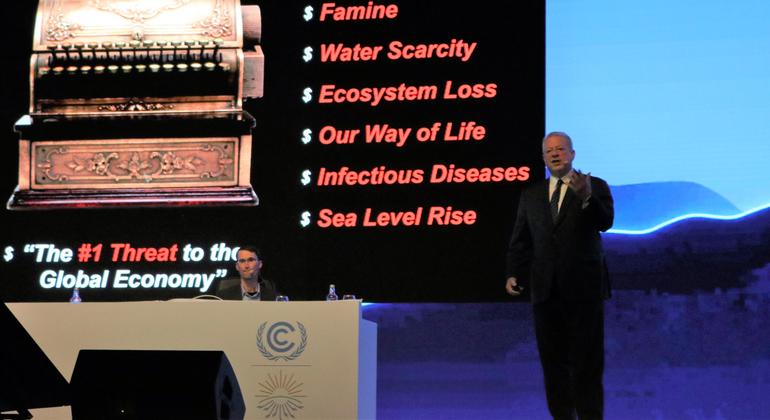 The presentation of the unprecedented interactive inventory, now online, had Al Gore running around with a clicker, scrolling through slide after slide of climate-fuelled destruction around the world.

The renowned author of An Inconvenient Truth, known for being one of the early advocates for climate action, played the video of an atomic bomb exploding on the massive 360 screens around the plenary. The booming sound left attendants perplexed, but curious.

He wanted to spotlight a fact he shared earlier at the opening of the COP27 World Leaders Summit: greenhouse gas pollution accumulated in our atmosphere traps as much extra heat as 600,000 atomic bombs exploding every day.

“Two months ago in September, at the UN General Assembly, the Secretary-General told us about the heat waves in Europe, the floods in Pakistan, the severe droughts… and he linked it all correctly as the price of humanity’s fossil fuel addiction,” he reminded delegates.

Mr. Gore said that these catastrophes are currently costing the global economy two and a half trillion dollars yearly.

However, he said, the world is at a turning point because solutions exist to reverse the situation and boost investment in renewables. 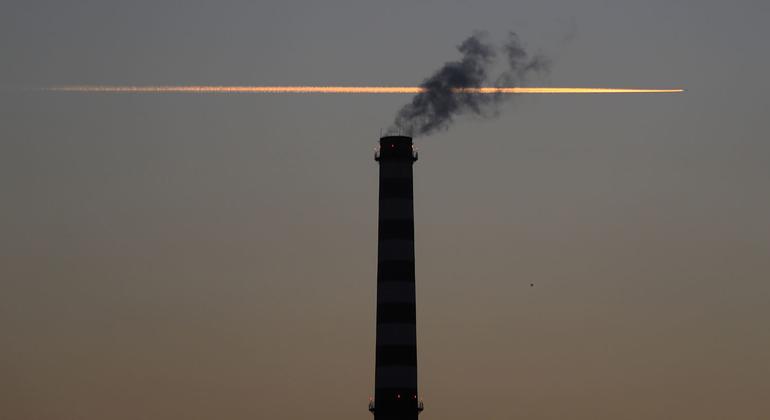 The importance of the new tool

Mr. Gore went on to note that while the financing and subsidies for fossil fuels is “insane”, the potential of the funding for renewable energy in Africa is being overlooked with barely any access to funding for the continent.

“The potential for wind and solar is 400 times larger than Africa’s total fossil fuel reserves and it comes pollution-free and creates more jobs, but there is finance gap…That is why there is so much attention at this COP to changing the global capital allocation system,” he emphasised.

He then explained that the Climate TRACE inventory, which combines reliable and verified data from over 100 institutions and 30,000 sensors, can help Governments target their actions.

“It makes it impossible for the emitters to cheat,” he explained and revealed that currently, the top 14 individual sources of emission in the world are all oil and gas fields.

“One of the most striking early insights from this work is the scale of emissions from oil and gas production – particularly those that have not previously been reported,” Mr. Guterres said, calling the data a “critical source” of information effort to tackle the climate emergency.

The UN Secretary-General underscored that the new tool will be crucial for business leaders working to decarbonize their supply chains, for governments working to align policymaking with their climate plans, and for investors working to track private sector progress toward net zero.

“The problem is even greater than we were led to believe and that means we must work even harder to accelerate the phase-out of all fossil fuels”, he warned. 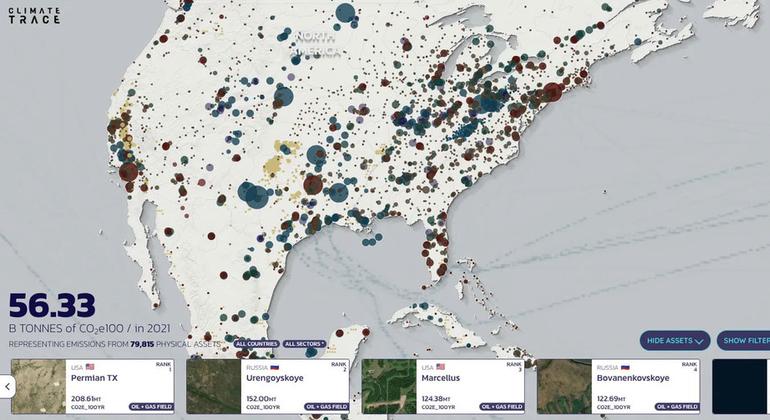 Finance day at COP27 highlighted that trillions of dollars’ worth of investments are needed each year to achieve the rapid, far-reaching transformations required to address the impact of the climate crisis, and to deliver on the objectives of the Paris Agreement.

In various conference rooms, pavilions and ‘action hubs’, and in closed-door negotiations, delegates, activists, investment bankers, and other stakeholders discussed the importance of closing the current finance gap in critical areas of climate action such as mitigation of emissions, adaptation and loss and damage.

Experts agreed that the financial push must come from all sectors, public or private, debt or equity, commercial or philanthropic.

One of the big calls was to close the “adaptation gap”. According to UN Climate Change (UNFCCC), project developers and investors must focus on preparing and investing in projects that build resilience and protect the vulnerable from the negative impacts of climate change; to drive systemic change and innovation for carbon neutral, climate resilient transformation in the context of just transition; and to protect and restore natural capital. 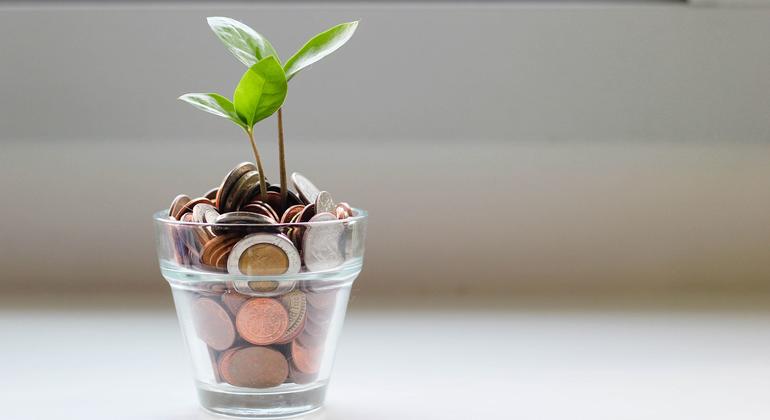 Also on Wednesday, with a pledge of $20 million, New Zealand was added to the list, alongside Scotland, Norway, Germany, Austria, and Belgium, of those that have promised finance to the issue of loss and damage (payments to developing low-carbon-emitting countries affected by climate change disaster).

Meanwhile, the United Kingdom said that it would allow payment deferrals to countries hit by climate disasters.

The Africa Climate Risk Facility, an initiative of the Nairobi Declaration on Sustainable Insurance, was also launched, with signatories committing to underwrite $14 billion of cover for climate risks by 2030.

The US Climate Envoy, John Kerry, also held an event at COP27 announcing plans for companies to “buy carbon credits” and support countries transitioning away from coal.

Under the proposed plan, called the Energy Transition Accelerator, state bodies could earn carbon credits by reducing their emissions if they cut their use of fossil fuels and increase renewable energy use.

Want to know more? Check out our special events page, where you can find all our coverage of the COP27 climate summit, including stories and videos, explainers, podcasts and our daily newsletter.