COP27: Week two opens with focus on water, women and more negotiations on loss and damage

“Nothing about us, without us,” UNICEF advocate Ayshka Najib told UN News on Monday while she was painting one of the collaborative colourful artworks displayed throughout the conference’s dedicated youth pavilion depicting the role of women in climate action.

For the young climate activist, women and young girls in all their diversity have been leading the climate movement for centuries, so they should not be shut out.

“They should be co-owners and agenda-setters of the climate process, but that is not the case now, gender is still debated in the negotiating rooms,” she denounced. 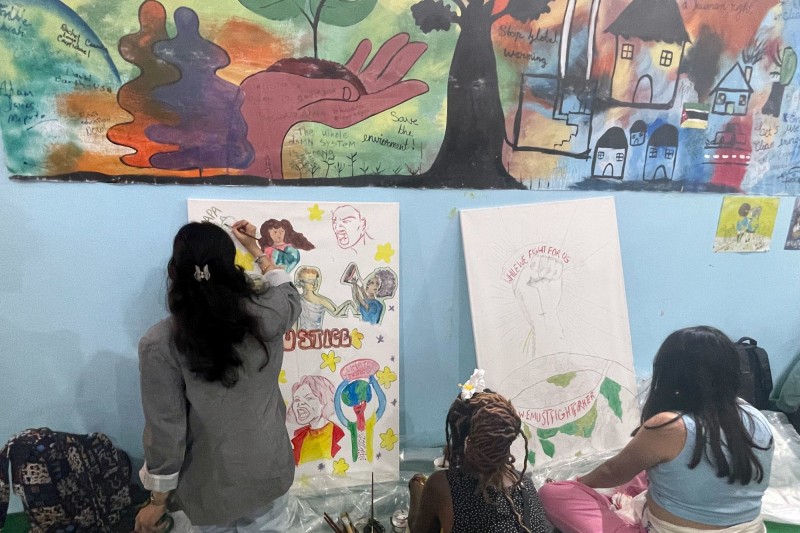 Indeed, women and girls face greater obstacles when trying to adapt to climate change, they suffer greater economic repercussions, they must bear increased unpaid care and domestic work when disasters hit, and, on top of all this, they are more vulnerable to potential violence triggered by crisis.

But as UN Women has said, women are not victims, and evidence suggests that their representation in national parliaments can lead countries to adopt more stringent climate change policies.

“Women and girls are essential, effective and powerful leaders to address the climate crisis. But they remain largely undervalued and underestimated with limited access to training extension services and the technology necessary for effective adaptation to the impacts of climate change,” UN Deputy Secretary-General Amina Mohammed told an event focused on women in Africa.

“There’s a very simple and effective solution – put women and girls in the lead,” she urged. 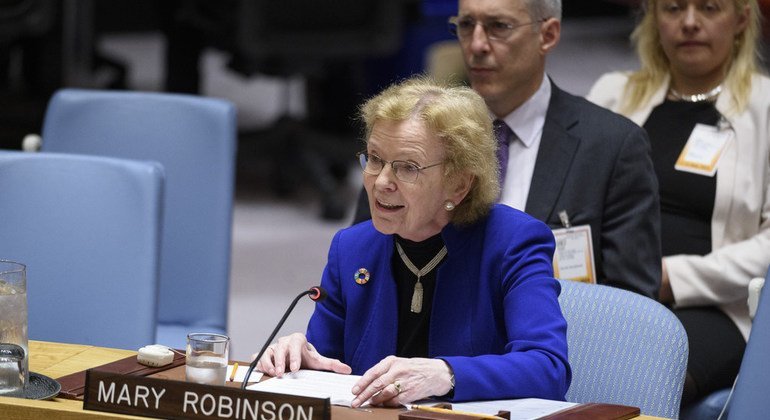 ‘Strong as a dandelion’

Mary Robinson – the first woman President of Ireland, a former UN High Commissioner of Human Rights, and founding member of ‘The Elders’ a group of eminent leaders working to tackle some of the world’s toughest problems – also underlined that COP27 should recognise the leadership of women and girls.

“We understand the problems on the ground. We have much more empathy for them, and much more realization of just how real they are, and just how strongly the gender divide of those problems needs to be taken into account,” she told UN News.

Ms. Robinson explained that alongside other women leaders, she has started a movement to urge climate action with a feminist approach.

Their symbol is a dandelion.

“The dandelion is the only flower weed that grows on all seven continents. It’s very resilient, you can’t get rid of the damn thing. Poets write about it…So, we want to spread the message about the urgency. And we want governments in particular, to listen. A lot of progressive businesses get the urgency as much as I do,” she expressed.

The former High Commissioner is one of the signatories of a new document supported by over 200 of the world’s largest business and prominent civil society members urging governments to align their climate plans with the 1.5C goal of the Paris Agreement.

“It’s governments that are not stepping up. This is the COP of implementation, and they’re not implementing,” she denounced. 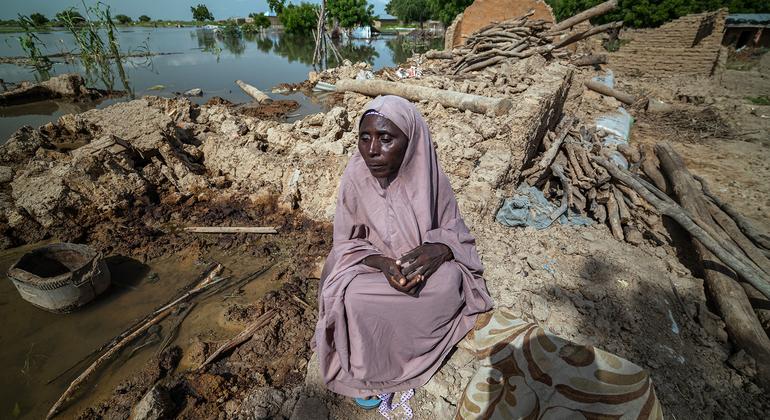 Women at the centre of negotiations

Meanwhile, Lucy Ntongal, Kenyan climate and gender expert from the NGO Actionaid, told journalists that while she has been always mesmerized by the ability of communities to cope in the home country, they cannot subsist anymore.

“The priority for mothers is water and because their husbands have left home looking for new pastures. They will take their daughters out of school to walk for miles to get water. Eventually, they must undergo female genital mutilation for them to be married off. This is because the family cannot to feed extra mouths,” she explained during a press conference.

A new report from the NGO highlights how the increasing losses and damages caused by climate impacts are having devastating consequences on women and girls, including increasing their risk of sexual and domestic violence.

“It is a forgotten crisis. But if we choose to ignore it, we are telling girls that world leaders do not care about their future anymore. Leaders need to keep the voices of girls and women from the Global South, living through the realities of climate crisis, at the heart of COP27 negotiations, as they are the best people to provide the solutions,” she underscored. 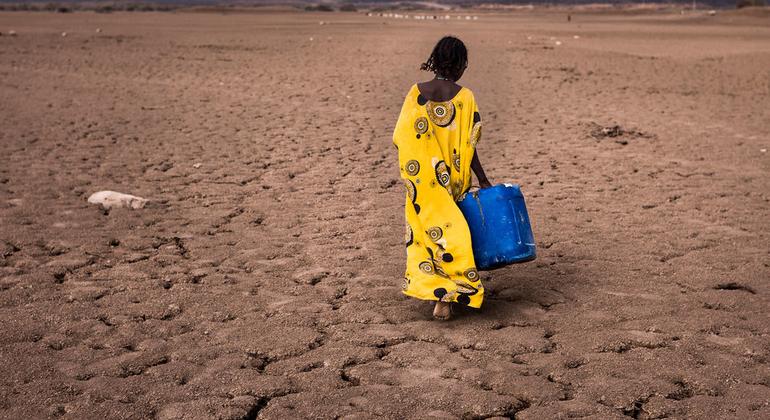 ‘For water, it’s now or never’

As Ms. Ntongal said, women are currently having to travel further and further to find water, touching on the other top theme on Monday at COP27.

Human-induced climate change is not only leading to significant changes in the global water cycle making the precious liquid scarcer due to droughts and rapid evaporation, but it is also increasing the frequency of heavy rainfall events, as well as accelerating the melting of glaciers.

These effects are especially felt in developing countries. For example, in 2021 alone, there were a total of more than 100 natural hazard events in Asia, of which 80 per cent were flood and storm events, a new report published by the UN World Meteorological Organization (WMO) describes.

The agency has also painted a worrying scenario of what the future might hold for the continent, with the Himalayas and Tibetan Plateau glaciers – the main sources of freshwater for over a billion people – retreating rapidly.

“For water, it is now or never. Water is the theme we find in energy, food security, health, economics and international collaboration… We really must change our behaviours, our attitudes, our actions, our governance and the way we organize around water,” said Henk Ovink, Water Envoy from the Netherlands, one the countries leading the upcoming UN Water Conference, set for March 2023.

To be part of the solution, the COP27 Presidency launched on Monday the Action on Water Adaptation and Resilience Initiative (AWARe) to put push for water and adaptation investments for the most vulnerable communities and ecosystems in Africa.

The programme will work on decreasing water loss, propose and implement policy methods for adaptation and promote cooperation.

Some 40 per cent of the world’s people is affected by water scarcity; 80 per cent of wastewater is discharged untreated into the environment, and more than 90 per cent of disasters are water-related, as the UN Secretary-General noted earlier this year. 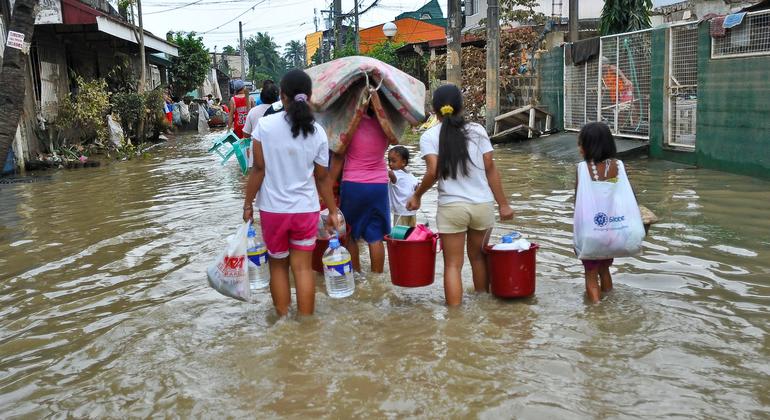 As the second and final week of COP27 began, Simon Stiell, UN Climate Change Executive Secretary, reminded negotiators that people and the planet are relying on the process to deliver.

“Let’s use our remaining time in Egypt to build the bridges needed to make progress on 1.5 [degrees Celsius], adaptation, finance and loss and damage,” he said.

During an informal update, COP27 President Sameh Shoukry, said that while negotiators have concluded work on some issues “there is still a lot of work ahead”.

“If we are to achieve meaningful and tangible outcomes of which we can be proud of, we must now shift gears and complement the technical discussions with more political high-level engagement”, he told the plenary.

Mr. Shoukry added that parties currently “need more time” to discuss issues regarding mitigation, adaptation, loss and damage, gender and agriculture and he has asked cofacilitators to aid them.

The COP President seemed confident that there would be an outcome document delivered on time.

“I expect very few issues to remain open by the evening of Wednesday 16th of November, when the near final text will be presented,” he said.

Later in the day, Ambassador Wael Aboulgmagd, Special Representative for the COP27, reaffirmed that the Presidency is confident that the negotiations would wrap up by Friday.

Responding to questions from journalists, Mr. Aboulgmagd welcomed the restart of the China-US climate dialogues, announced at the G20 summit in Bali, Indonesia.

Rachel Cleetus, from the NGO Union of Concerned Scientists, reiterated during a press conference that the establishment of the loss and damage financing facility with funds to start flowing no later than 2024, should be included in the outcome document.

She also said that the G7 Global Insurance Initiative, launched at COP27 by the members of this economic group to provide funding to countries suffering climate disasters, strengthen social protection schemes and climate risk insurance, has some “useful elements” but it’s not a substitute for loss and damage finance facility.

She also said that it was being pushed as a “diversionary tactic”.

“It seems that many rich countries including the United States, think that getting the agenda item here are at COP27 is the win. That is not an outcome that is not a win. And by the way, that’s entirely due to the tireless efforts of climate vulnerable countries and climate justice advocates, not to mention the deep loss of life and livelihoods around the world that we’ve seen this year,” she argued.

Bangladesh, Pakistan, and Ghana will be among the first recipients of funding from ‘Global Shield’, Germany, the G7 President, announced on Monday at COP27.

“The scale is completely off. Countries are putting money on the scale of millions and the needs they have admitted are rising into the billions and trillions”, the expert said.