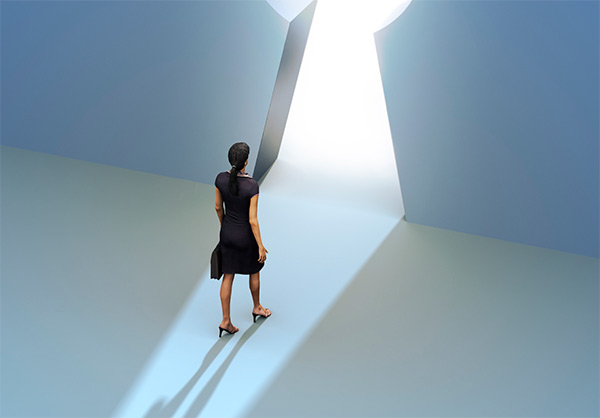 Not so long ago, the world said goodbye to the great Colombian writer and winner of the Nobel Prize in Literature Gabriel García Márquez. The internationally renowned representative of “magic realism” once said: “If a woman is involved in something, I know that all will be well. It′s clear to me that women rule the world.” Unfortunately, the writer′s words do not apply to all spheres of life, and when it comes to politics, many still believe that women have no place there. However, like any stereotype, time will put this attitude to the test.

We wrote about the economically unequal position of women and the gender wage gap in the February issue, stating that this is a topical issue for all countries, both developed and developing. The issue of equal gender participation in the political decision-making process is even more acute. Historically, women have always been outsiders in the political arena, and until the 20th century they did not have the legal right to vote. Women began to gradually make inroads into politics once they won suffrage rights. At least three women always appear in rankings of outstanding political figures from the 20th century: Indira Gandhi, Margaret Thatcher, and Benazir Bhutto. But in the perception of many, female heads of state are still the exception to the rule.

Yet there is a rooted opinion that increasing the proportion of women in politics in the future will reduce the number of conflicts between states, since women are more likely to seek compromises and make mutual concessions. In this regard, the results of a survey conducted by Gallup International in 65 countries about the influence of women on the political process are interesting. According to the survey, 34% of respondents believe that the world would be better off if there were more women in politics. Half of that number (17%) expressed the opposite view. In terms of regional differences, more respondents (41%) in North and South America as well as Africa stated that they were hopeful that the situation in the world would improve if more women entered politics. Colombian respondents led all other countries in their belief in the positive impact of women on the political process. There 62% of respondents expressed confidence that equal gender representation in political positions would lead to positive results. As for Russia, according to a survey by FOM, 60% of Russians believe that women should be more involved in politics, and 44% even admit the possibility that in the next 10-20 years the Russian president will be a woman. However, three years ago this figure was around 57%.

Increasing women′s participation in politics is becoming a part of the political strategies of some progressive leaders, including in Asian countries. For example, Japanese Prime Minister Shinzo Abe has named the goal of increasing the number of women in key decision-making positions to 30% by 2020 as one of the key areas of his growth strategy, “Abenomics.” This is a very ambitious goal for the Land of the Rising Sun, given that only 28.5% of Japanese said that women and men have equal rights in the workplace according to opinion polls conducted in 2012. Regarding equal opportunities for entering politics, only 18.6% of Japanese citizens in 2012 believed that women do not experience discrimination when pursuing such a career path.

Globally, women′s political activity in recent years has undoubtedly risen. According to a report published in March 2014 by the  Inter-Parliamentary Union  (IPU), the proportion of women in national parliaments around the world has increased from 19.5% to 21.8%, exceeding the figure of 20% for the first time in history. With respect to Japan, the figures are far below the world average. With women making up 8.1% of the lower house of the Diet and 16.1% of the upper house, Japan ranks only 128th out of 189 countries, between Benin and Congo. This ranking is clearly bad for the image of Japanese economic development. It is worth noting that the most advanced country in terms of the proportion of female politicians is Rwanda, where women currently hold 63.8% of seats in the lower house of parliament and 38.5% of seats in the upper house. Scandinavian countries have traditionally been the leaders of their regional rankings, with women making up 42.1% of their parliaments. The Pacific region falls to the bottom of the rankings, where women hold only 16.2% of the seats in both houses of parliament. 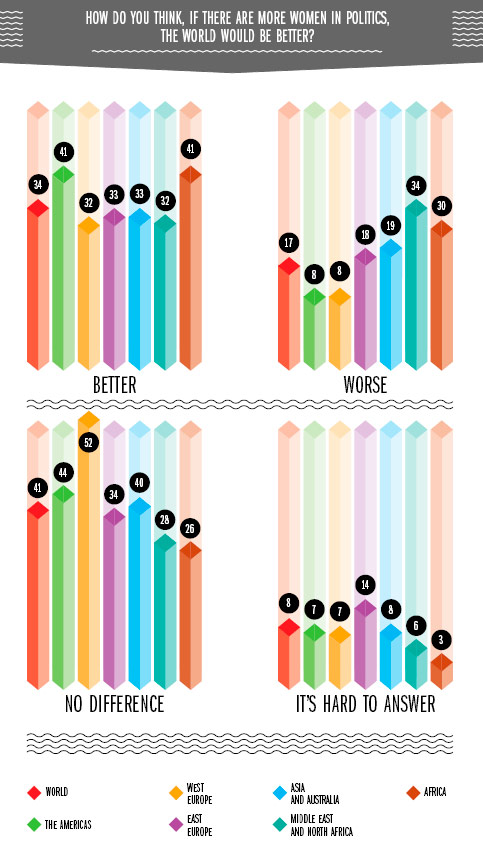 Women are increasingly being represented in the executive branch. The percentage of women holding ministerial positions worldwide this year reached 17.2% compared to 16.1% in 2008. In 30 countries, more than 30% of ministers are women, whereas in 2012 there were only 26 countries that could boast such a figure. Nicaragua leads the global ranking of women in the executive branch. It is followed by Sweden, Finland, France, Cape Verde, and Norway. In every state in Africa and South America, at least one ministerial post is occupied by a woman.

In addition to the Japanese prime minister, his Albanian counterpart has also stated that political positions should be distributed equitably by gender. Two years ago, in 2012, Albania was ranked 84th in the world by its number of women ministers. However, today, thanks to the targeted policy of Prime Minister Edi Rama, the state has risen to 27th place, with 30% of ministerial positions held by women. It is noteworthy that one of the six Albanian ministries headed by women is the Ministry of Defense, which is a very untraditional post for women.

Albania is not alone. Researchers from the IPU, which is part of the UN, note a positive trend in the number of women who have been given so-called “hard” ministerial portfolios (ministries of defense, foreign affairs, and environment) along with more traditional posts dealing with social development, education and health. Globally, the number of female ministers of defense has doubled from 7 in 2012 to 14 currently, which is the highest in history.

Thus, the number of female politicians is increasing worldwide, but this trend applies mostly to posts that have very limited influence. The most powerful positions in government, such as the head of state/head of government or the speaker of the parliament, are still considered to be male-dominated. Since 2012, the number of female heads of state or heads of government decreased slightly from 19 to 18. North and South America are regions with the largest number of women at the highest political level. Currently six heads of state or heads of government there are female. The Pacific region is the only area of the world where there are no women in the highest political offices.

Slowly but surely, women are taking their place in the political sun. However, it is too early to say that political posts are occupied by men and women equally. Even in the U.S., where women are fighting for their rights, 4/5 of senators are men. It is only logical to ask that if women represent more than 50% of the population, then should not government representation match this proportion?

A Trap on the Island of Freedom