ECONOMYAGRICULTUREBUSINESS
Last updated Nov 6, 2022
59,962
Share
Articles / Rubric: Global
The Thai Canal: To Be or Not To Be 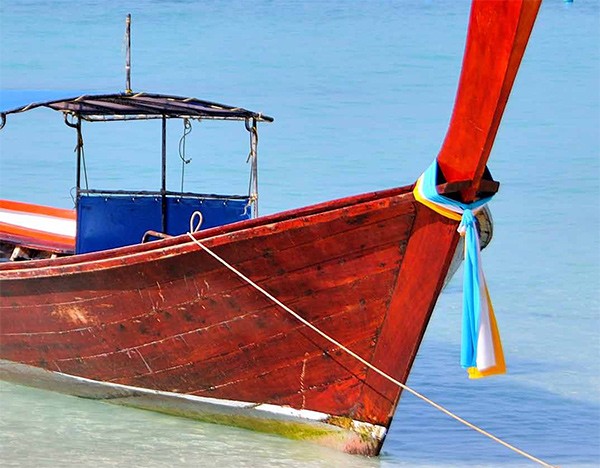 The idea of constructing a canal across Thailand’s Kra Isthmus dates back to 1670, when the King of Siam asked French engineers to assess the project’s feasibility. But technological achievements in  the 17th century were not enough for the Siamese monarch to implement his idea. The second time there were thoughts of creating a canal came a hundred years later, when it became necessary for Siam to increase its military strength and quickly dispatch ships from the South China Sea to the Andaman Sea. Then in the 19th century, the British raised the issue of construction three times, but in 1897 decided to abandon those plans in favor of preserving the role of the Singapore port. Moreover, Queen Victoria’s subjects forced the Siamese government to sign an agreement prohibiting unilateral implementation of the Thai Canal project. Throughout the 20th century, the Thai government tossed around the idea of building the canal through the Kra Isthmus several times, but has yet to come up with the necessary funds.

Construction of the Thai Canal is once again being actively discussed in the 21st century, and in 2005 information surfaced that the Chinese government was ready to invest $25 billion in bringing it to fruition. But nothing happened. What is so attractive about the idea of the Thai Canal, that for centuries, politicians and businessmen can’t seem to let it be?

Ships today bound for the Andaman Sea from the South China Sea or through these to the Pacific and Indian oceans have to swing around the Malay Peninsula each time, passing through the Strait of Malacca, which is inconvenient for shipping. In one of the most difficult places for shipping, the strait narrows to 2.4 km wide, preventing the passage of a large number of ships simultaneously. The Strait of Malacca is over 800 km long, making ships that pass through it victims of geography and local pirates, who attack more than 200 vessels every year. But even though that number has been falling over the past six years, piracy in the Strait of Malacca won’t be eradicated during the 21st century.

The Suez Canal was able to reduce shipping time between oceans by several days and completely eliminate the threat of piracy. The planned Thai canal is 50 km long and could let up to 200 ships through each day, removing at least a third of all traffic that currently passes through the Strait of Malacca. John Gilbert, an expert on Southeast Asia, commented to WEJ, “Construction of a canal through the Kra Isthmus has a colossal economic potential for the whole region. Despite the cost, which is somewhere between $20-25 billion, all parties involved would benefit from its construction.” Indeed, interest in this project isn’t just coming from the Thai authorities, but from a significant portion of Southeast Asia. The list of countries ready to participate through financing various stages includes not only China, but Japan and India, along with great interest from Vietnam, Cambodia, and Myanmar.

Singapore, though, is apparently uninterested, as it sits just at the southern end of the Malay Peninsula and controls the entire flow of goods through the Strait of Malacca. But according to data from the U.S. Bureau of Energy Resources, trade in energy resources through the Strait grew by 1.4 million barrels per day in 2007 to 15.2 million in 2011. The energy needs of China, Japan, and other countries won’t decrease anytime soon, but will continue to grow, which is why building the Thai Canal would not hurt Singapore’s economy nearly as much as it might have been anticipated 10-15 years ago.

But despite the project’s significant economic benefit, a number of circumstances prevent the Thai government from officially announcing a fundraising campaign for constructing the canal. The first difficulty is the justified fear of Thai authorities about the growing separatist movement in the country’s south. The canal would cut off five districts of Thailand that have a predominantly Muslim population. Given that most southern Thai are ethnically Malay, Bangkok is afraid of politically alienating them and of further escalation of separatism. Thailand is also currently experiencing some tension with Malaysia, and speculates on the direct involvement of Malays with the separatists in the country’s south. As John Gilbert said, “Thailand has every reason to be worried. The southern part of the country has always been a touchy subject, and if the canal is built, there would be more to come.”

Another challenge has a strong geopolitical context. Growing Chinese influence in the region continues to cause concern on the part of both China’s neighbors and the U.S.; the latter turned its focus towards the Pacific in its “Asia Pivot” in 2011. Building the Thai Canal cannot go forward without the direct involvement of China, and it would most likely become a predominantly Chinese project. China currently meets 80% of its energy needs by transporting oil and gas through the Strait of Malacca, which is in turn patrolled by Indian and American fleets. The U.S. is already apprehensive about the growing potential of the Chinese navy, and the possibility that it will expand its zones of control worries both military officials and politicians in Washington.  Several experts have even expressed the view that China could open its own naval base at Gwadar, Pakistan, since they have already signed an agreement with Pakistani authorities. The ability to pass through the Thai Canal would simplify this task many times over. Such a configuration could undeniably change the balance of power across the entire region in China’s favor, which the U.S. can’t allow to happen for a number of reasons. For now, the legal organization of the potential canal remains an open question. Could Thailand retain sovereign rights to control the canal or will it be a case of “he who pays the piper calls the tune”?