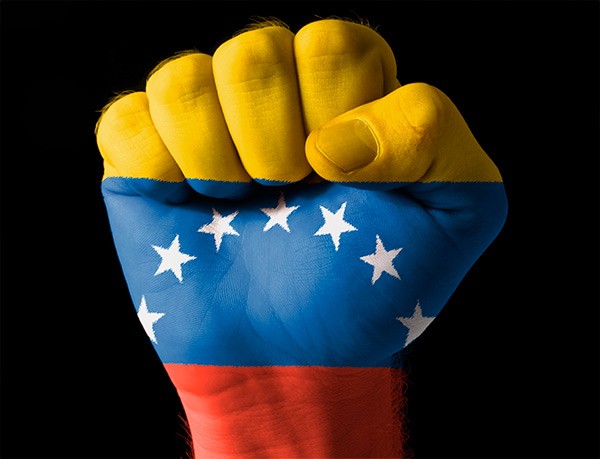 After a brief truce on the streets of Caracas and other large cities, Venezuela is once again facing clashes between supporters and opponents of Venezuela’s current president, Nicolás Maduro. Opponents of the current government continue to construct barricades and make Molotov cocktails while the police wield batons and water cannons. Venezuela’s social and political life has been paralyzed since the beginning of February and threatens to bring the entire country to a standstill if President Maduro can’t bring economic life back to normal and ensure  the safety of citizens.

The reasons for protesting in Venezuela are multifaceted and rooted in the days of Hugo Chávez’s presidency, when the economy took a downturn as a result of the oil-rich nation’s ill-conceived policies. This led to high inflation and unemployment and a lack of basic goods for its citizens. According to Diana Negroponte, a non-resident Senior Fellow at the Brookings Institution, “Venezuela’s unrest is a combination of political, economic and social conflict that has resulted in confrontations throughout the country and in the barrios, formerly loyal to Hugo Chávez.  Approximately 37% of the nation remains loyal to Chavismo, but surveys demonstrate declining approval of Chávez’s successor, Nicolás Maduro, due to high insecurity, scarcity of basic household goods, and shortage of water and electricity in the barrios .”

According to Amnesty International, the protests have already claimed the lives of 40 victims, 2,000 have been arrested, and at least 50 people have been abused by authorities.

The protestors enjoy widespread support from the people, including from those who supported President Chávez throughout the 2000s. As Negroponte notes, “The opposition hold 37% support, but divisions exist between the moderates, led by Enrique Capriles, Governor of Miranda state, who seeks changes through elections, and the more radical, formerly led by Leopoldo López and including the students, who are prepared to demonstrate and protest physically. López and two mayors are now detained and are awaiting trial.”

The major claims made by Maduro’s opponents deal with economic issues, safety, freedom of speech, and the country’s political system: in short, everything that was put in place during the Chávez regime.

In fact, even with the largest proven oil reserves in the world, the country’s economy performs dismally. One of the main problems is the government’s inability to solve the currency exchange issue. Though the Venezuelan bolivar is officially valued at 6.3 to $1, the actual rate on the black market is closer to 70 bolivars to $1. Buying dollars at the correct price is almost impossible and government measures to support the local currency don’t help the situation. Over the past 8 years, external debt has risen 5-fold and is now $100 billion. Since Maduro came to power, the cost of food has risen 75%. As Negroponte notes, “Parallel to the manipulation of the currency are sanctions imposed upon national producers who can be imprisoned for making profits above 30%. The consequence of artificial exchange rates and pressure on producers is a shortage of basic household goods and inflation at 56%.” After the government depreciated the currency, the minimum wage fell in real terms to $63 per month, which, according to the World Bank, is the average level of poverty in developing countries.

READ
Has the time come for a new global currency?

Another huge issue is security. Over the past 15 years, more than 200,000 people have been killed in Venezuela and over 90% of crimes remain unsolved. In 2013 alone, there were more than 25,000 murders, and today Caracas is one of the most dangerous capitals in the world.

Venezuela is also poor in freedom of speech and free access to information. According to Reporters Without Borders, in 2013, Venezuela fell to 116th place out of 180 countries ranked by press freedom. Opponents of Maduro have practically no access to the traditional press and publicize their activities through the internet. Some of the opposition think that the strict regulation of the press and the authorities’ monopoly on television and radio forces thousands of students to take to the streets, sometimes resorting to illegal activities.

According to Negroponte, “Maduro could last if he were to release prominent political prisoners, allow a modicum of financial reform, and agree to a dialogue with the opposition. Figures within the Venezuelan military are grumbling, but none wish to be compared to the Pinochet overthrow of Allende [in Chile] in 1973.”

The deteriorating situation in Venezuela is worrisome to its neighbors. Some leaders of other South American countries have already offered to mediate in Maduro’s negotiations with the opposition. The problem lies in finding a fitting party that can be independent and have no prejudice toward one side or the other and play the role of a proper mediator. Nonetheless, as the results of a vote of the Union of South American Nations show, regional leaders like Brazil, Uruguay, and Chile are ready to wait out today’s aggression in Venezuela and are not ready to put the pressure on Maduro’s administration. Brazil isn’t particularly interested in a quick power change within Venezuela, because of more than $20 billion in investments in the Venezuelan economy.

Among the many issues on which the opposition and the current government differ is their relationship with the U.S. To some extent, the opposition wants to normalize things and stop the government’s propaganda against its northern neighbor. Protest leaders assure their supporters that normalizing relations with the U.S. will have a positive economic effect and allow Venezuela to pull itself out of the crisis. Maduro, who follows after Chávez, accuses the opposition of having ties with the U.S. and a policy aimed against the citizens and the government of Venezuela. Given that the worst deterioration of security and economic development happened under Chávez’s rule, it’s hard to imagine that, moving forward, Maduro will be able to keep his promises to the electorate to save Venezuela from the “American invaders.”

Frontline Solutions to the Climate Crises: How communities adapt, respond, and fight…