The article is published in: December 2012 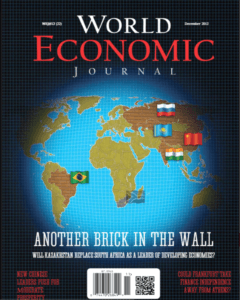 Because of the Spanish crisis, some of its most active homebuyers are foreigners, with a substantial number of them being Eastern Europeans. Maria Sokolova, the head of the Russian-Spanish Agency, tells World Economic Journal the secret of Spain’s popularity.

Do you think the predictions of a coming collapse of the Spanish economy are unrealistic?
Certainly there is a crisis and it cannot be denied. Most economic indicators have not reached pre-crisis levels. But I wouldn’t go as far as to call it a catastrophe. In order to get out of this difficult situation, the government is making certain decisions – reducing rates on certain taxes, and reforms aimed at supporting the country’s economy. It is also important to consider that the crisis has primarily affected social services and government employees. Businesses, on the other hand, are growing and thriving. Despite the crisis, Spain continues to be a big tourist destination, which brings a big money flow into the economy.

The Spanish government has approved a budget for 2013 that cuts social spending, but that plans to increase pension payouts and scholarships in the new year. According to a report on spending cuts, the European Union will determine the amount of possible assistance to Spain. In particular, German Chancellor Angela Merkel has supported the Spanish government’s economic reforms,  in several public statements. The authorities will of course need to decide independently whether they will seek assistance from the EU, but Merkel’s comments give assurance that the necessary assistance will be provided.

In terms of financial instability and the recession, what benefits does owning real estate provide in this country?
First of all, the Eurozone is gradually coping with the crisis, which is evidenced by the latest statistics. Secondly, because of the sharp fall in residents’ financial solvency, the domestic housing demand in Spain has declined sharply and real estate prices are at an all-time low. So-called banking real estate [bank-owned properties] also keeps prices low, since it was acquired by credit institutions as collateral for unpaid mortgages on foreclosed properties. At the same time, the government has taken various measures to stimulate foreign investment in Spanish real estate. There are practically no restrictions on real estate purchases by foreigners. Russian buyers have even an additional bonus for investing in Spain’s real estate market, which is access to cheap credit and the ability to vacation in a European country with a delightful climate while also receiving rent payments when the owners are back at home. Purchasing real estate also comes with a good chance of receiving a residency permit, giving them a completely different status with the ability to move freely within the Eurozone and other benefits. The procedures for obtaining citizenship in this country are much simpler than in other developed countries.

What are the most common difficulties non-residents face when taking out a mortgage loan?
Spain’s banking system is very developed and banks are eager to grant mortgage loans to both residents and foreign citizens. Mortgage terms for foreigners are some of the most advantageous in Europe. Compared with Russia, you could even call mortgages in Spain cheap. Interest rates are at about 5-5.5%. Mortgage loans are granted to foreign citizens from 5- to 25-year periods and in some cases they may be extended up to 30 years. The size of the mortgage is usually 60-70% of the appraised value of the property being purchased. That amount could also be increased. However, in the event you want to take a loan for 100% of the cost, you will have to pay additional taxes and fees, which could be as high as 10% of the cost of the property. As for late payments, the conditions are quite stringent. Missed monthly payments for mortgage loans usually incur a 25% higher interest rate, which is calculated for each day the payment is late until the debt is paid off. But all of these conditions are written in the loan agreement. One other nuance is that, when taking 100% of the mortgage loan, you can only choose items from a list offered to you by the bank. But in general, I want to reiterate that conditions on mortgage loans in Spain are very favorable for foreigners.

For more than a year now, analysts have been calling the Spanish real estate market saturated. However, this summer finally recorded a 7% increase in transactions from last year and up 4% from last month. How do you assess the current situation? Are sale offerings exceeding demand?
Indeed, in spite of the falling cost of housing, the number of properties that have been already listed for a long time is bigger than the number of buyers. This is partly due to the fact that the government at some point decided to increase mortgage loan rates. As a result, a large number of bids on foreclosed homes appeared on the market. In addition, apartments and house far away from the sea and in inconvenient areas are being offered cheaply. A square meter these days costs approximately €1,600-1,650 ($2,031-2,094). Meanwhile, the residential construction segment is seeing a revival. For a relatively low price you can buy a new house in a good location. We can therefore already say that the sales figures have changed the trend.

READ
The Cost of Corruption

According to the most recent data from Spain’s Ministry of Development, the second quarter of 2012 recorded the highest growth in real estate sales in the past four years. In the second quarter, sales grew 12% over the previous quarter. This is a very good figure. At the same time, prices fell in the same quarter by about 8.3%. The most popular regions are still the Alicante, Malaga, and Barcelona.

Having decided to purchase a home in Spain, to what should one pay particular attention?
Whether there is sufficient information about the property: this is the main thing. If something is wrong and there is not enough checking, the transaction cost could change substantially and the profitability of the investment would accordingly be at risk. Not all information is available from open sources, but the most important thing is to have it valued properly. A real estate specialist is essential to a successful transaction. If you are buying a bank-owned property, be prepared for additional charges, as the former owners may have left some bills unpaid, which the banks do not check. These should also be assessed in the total value of the transaction. Good location and good view are other important factors, which are practically a 100% guarantee of future liquidity of your real estate, despite the fact that you can buy it now for next to nothing. And, of course, it is important to be clear about how you will use the property. If you need a place to vacation, a villa in the fashionable resorts in the South would be ideal. If you want a place to spend time with your family, the best would be a small house in one of the various urban settings or small towns where there are fewer tourists, more authenticity, and usually the infrastructure is adequate. If you need property for a business, you will need an apartment in Madrid. In Barcelona, you can have them all in one – it is the largest business center in Spain and a lovely resort town.

The real estate market in Spain is mostly bolstered by foreigners. What is that? Do locals not have enough money for housing?
Current domestic business in Spain certainly leaves something to be desired. It’s no secret that the unemployment rate is high. So consumer spending is down and not everyone has the extra money to invest.

Spain attracts foreigners very successfully through a combination of great climate and low prices. The number of foreigners who have bought real estate in Spain grew 12% in the second quarter of this year compared to last year. Besides that, acquiring real estate in Spain makes it very easy to get a residence permit. Spanish immigration legislation today is the best in Europe for foreign property owners. Spain is very popular among Russians, many of whom are opening businesses here. Especially on the coast, there are a lot of people who hail from the former USSR. Spaniards are generally very hospitable to the “Russians,” which is what they call people from Ukraine, Belarus, Poland, and even Bulgaria.

Marked growth in home sales was mostly due to reducing the VAT to 4%. Next year, the government is planning to raise the VAT rate to 10%. Do you think this will cause an outflow of buyers?
When the government decided to lower the VAT rate for real estate purchases last summer, the goal was to stimulate the market. It could be stated that the desired effect was achieved. Initially, however, reducing the tax rate was introduced as a temporary measure. Since the summer, market sales have shown a positive trend, but prices continue to fall.

Maria Sokolova: Spanish Immigration Law: The Most Favorable to Homeowners in Europe
139,035
Share