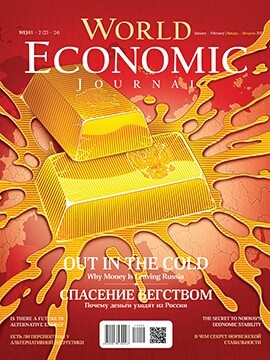 Despite the awakening of investor interest in emerging markets following the crisis, Russia can’t boast of  investment inflows from abroad; in fact, capital continues to flow out of the country. Experts attribute this not so much to image difficulties of the Russian authorities, but rather to insufficient legal mechanisms for the protection of investors.

Having more or less recovered from the consequences of the global financial crisis in 2008, most countries faced a tough battle for investment. But after four post-crisis years, the top countries in restoring and increasing the amount of direct foreign capital are China, Hong Kong, Singapore, and Brazil.

The graph shows that at the beginning of the 2000s, a shift towards investment flows began: Interest in developed countries is falling, while the role of emerging markets is growing. By the mid 2000s, there was investment activity in practically every country, and by 2007-2008, foreign direct investment (FDI) reached its maximum. Then the global financial crisis took its toll and sustainable growth was adjusted.

Among the most important components of FDI are “from scratch” projects, when foreign investors don’t buy existing businesses, but rather open new ones, which creates new jobs. The top three leaders in this indicator in 2011 were China ($100.7 billion), Brazil ($62.9 billion), and India ($58.3 billion). In Russia, the figure reached $22.5 billion.

The outflow of foreign direct investment created the following situation by the end of 2011-2012.

According to FDI estimates for the first half of 2012, FDI outflow from Russia was $16.5 billion, which is $8.7 billion more than the FDI inflow for the same period. You could, of course, cite the growing interest of Russian companies in investment projects outside the country, but these figures really say more about “capital flight” and the decline in investment activity due to increased nervousness in the global markets. Looking at other countries, there was more FDI outflow compared to total inflow for the first half of 2012 in the U.S. also, although the reverse is true in most of the countries that were reviewed. FDI inflow in the first half of 2012 was higher than outflow in China, the UK, France, Canada, and others.

Where Are We Drifting To?

According to various estimates, the net capital outflow from Russia for the last four years amounts to $250-300 billion. This, despite the launch of a program during this period to improve the country’s investment climate. Admittedly, they realized this rather late in the day. And you don’t have to look far for examples of that – the consequences of the crisis for the BRIC “comrades” were much less serious than for the Russian economy, which saw a drop in GDP in 2009 of 7.8%. At that time, China and India had GDP growth of 9.2% and 5.9%, respectively. The Brazilian economy lost about 0.3%, but the following year they made up for two years with +7.5%.

Overall, it’s clear that investors have left the assets that they consider risky and have remained where there aren’t any threats to their capital. It became clear during this period that vague promises to allure major funding into Russia’s economy were not successful and it would be necessary to create competitive conditions. That meant changing investment policies.

The ratio of accumulated FDI inflow to GDP shows the result of foreign investment in the country over the long term. The table shows that the maximum index values belong to Kazakhstan (52.5%), the UK (49.8%), and Canada (34.3%). China and India show low values of accumulated FDI inflow/GDP – 10.1% and 10.4%, respectively – which shows, on the one hand,  the substantial size of these countries’ GDP, and on the other hand that only recently have foreigners sought to make major investments in, for example, Indian projects. In Russia, the index value is 24.8%.

The table shows that Russia steadily improved its position in these ratings between 2002 and 2010, rising from 95th place to 17th! But in 2011, it fell to 19th. Countries with better placement in the ratings than Russia included Kazakhstan (7th place in 2011) and Saudi Arabia (12th place in 2011).

Leading in the ratings are Hong Kong, Belgium, Singapore, and Luxembourg – and these governments consistently occupy the top places in terms of attracting foreign funds, in light of their favorable investment climates.

The success of emerging countries in improving the investment climate and increasing the amount of foreign investment has not just been noticed by UNCTAD analysts. The World Bank’s Doing Business – 2013 report states that in the last year alone, 108 countries introduced more than 200 institutional reforms aimed at making it easier to do business. And most of the reform work is being done in emerging countries, although even in the context of financial instability, developed countries continue to improve the basis for reviving and strengthening economic growth.

READ
Harnessing the Power of Digital Technology to Transform Education

In 2012, Russia occupied 112th place in this report, which is 12 positions better than even just two years ago. And although Russia is among the 30 countries that have made the greatest progress over the past seven years in regulating its business climate, attitudes of foreign investors are slow to change towards our country.

Dr. Ros Altmann, Director General of the Saga Group, economics policy expert:
“It’s difficult to give exact reasons since you can find many factors. Sometimes the whims of the market have an impact on investors. Sometimes investors get nervous about the political risks and market sales ahead of elections. Sometimes they simply run with their profits and redirect them into new areas. High yields and guarantees – those are what investors are looking for. Overall, the peculiarities of the market go in and out of fashion. Investors have a kind of ‘herd mentality,’ where some start selling stocks because others are doing the same thing.”

Nonetheless, since 2005, experts from the World Bank have recorded 15 positive changes in 9 out of 10 possible indicators. The weak link is still investor protection – Russia has a “dash” for this indicator. For the past three years procedures have been simplified in the construction industry, but decisions can still take up to three years in some regions. Laws were passed aimed at improving customs administration, but current approaches still require overhaul and revision “on the ground.”

Tim Campbell, Advisor to the Mayor of London on training and enterprise, UK:
“After 1991, when the federal government broke up, people wanted to achieve the prosperity they saw in other countries. As soon as training centers developed outside of Russia and financial and commercial opportunities developed, capital and brains flowed over to these new centers. If we look at the changes over the past 20 years, I would rather settle in Moscow than try to leave there. Russia has intellectual potential, unique specialists, and most importantly, natural resources, which will play an important role in the future.”

Federal authorizes aren’t in the position to control the implementation of each investment project – this is more in the scope of regional authorities, who are often not interested in attracting investors and don’t try to implement federal legislation at the local level. Or rather they take the initiative if it satisfies their personal interests. Hence, the second major problem is administrative barriers, or put more simply, corruption. In a report published at the end of 2012 that ranks corrupt countries, Russia was ranked 133rd, earning 28 out of a possible 100 points on the “corruption perception index.” Analysts at Transparency International suggest that any result under 30 points be treated as a “disgrace to the nation.” You can react however you want to the ratings, but Russia’s image as a corrupt country has already been formed and it will be very difficult to change.

Paul Ostergaard, Senior Vice-President of Urban Design Associates (UDA), former president of the Pittsburgh Chapter of the American Institute of Architects, member of the Urban Land Institute:
“In order for capital not to flow out and for the protection of investments, the situation with private property rights needs to be improved. But most importantly, transparency of legislation should be improved and modernized. Businessmen withdraw their funds primarily because they do not feel safe investing in Russia.”

Although it seems that work in this direction has been going on for many years, the percentage of kickbacks is growing and only federal officials are talking about the increased transparency in concluding transactions. Thus, solving this second problem can only happen if the mentality of civil servants is changes. There can’t be any discussion of improving the investment climate in this area until officials begin solving problems with businesses that don’t become incentives in their work.

If we consider the results above, it becomes clear that besides the BRIC “frenemies,” Russia has another serious competitor in the battle for foreign capital – Kazakhstan. Net FDI inflow to GDP in recent years in this country hasn’t fallen below 2% and in good years was 12-13%. That means that the investment policy of Kazakh authorities is regarded as effective, as reflected in its high 7th place rating in the attracting FDI index.

But what could the government of Kazakhstan offer investors? Work to improve the country’s attractiveness in the eyes of potential investors was started by Kazakh officials back in the 90’s by adopting laws to protect foreign investment. The consistent implementation of investment strategies, numerous economic reforms (including simplifying procedures for starting new companies and getting loans), improvement of the overall legal and regulatory frameworks and specifically taxation, privatization, the transition of accounting and reporting to international standards – all of this led to the creation of a favorable business environment and is confirmed by experts from the World Bank. In their Doing Business – 2013 report, Kazakhstan is ranked 49th (Russia is 112). But this “fly in the ointment” is vital. There is a problem that can’t yet be conquered and which worries foreign investors – the corruption of officials and the arbitrariness of local authorities. In the same rating of corrupt countries prepared by Transparency International, Kazakhstan, like Russia, was in 133rd place with 28 out of a maximum 100 points.

In conclusion, I would like to say that Russia’s potential is very attractive to foreign investors. This can be judged based on the potential FDI index, in which it ranks 6th.

It should be noted that in 6th place, Russia led such indicators as natural resources while in other indicators, Russia is much weaker. For example, Russia is ranked 31st in availability of infrastructure and 24th in availability of labor. As for comparing the attracting FDI index (table 5) and potential, the amount of attracted foreign funds by the State is generally in line with expectations.

Torberg Falch, Professor at the Department of Economics at the Norwegian University of Science and Technology (NTNU) in Trondheim, Norway, the Chairman of the Department of Economics at NTNU:
“First of all, investment activity is in general is less today than before the financial crisis. Secondly, with regards to the Russian authorities there is a certain bias. All of this creates uncertainty that investors don’t like. But Russia’s accession to the WTO is a positive fact.”

Russian authorities should continue to work to establish improved and effective rules for regulation, which are an integral part for enabling favorable conditions for business. But in addition to carrying out a wide range of policy reforms aimed at simplifying the business environment, increasing competition, and supporting innovation, it is important not to forget that all efforts fall apart because of massive structural and administrative barriers “on the ground.”