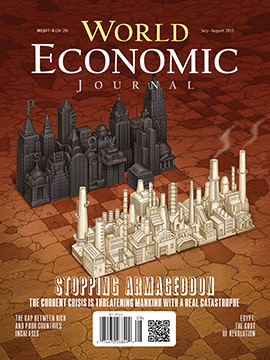 The Main Topics of the July-August Issue of the World Economic Journal:

The Key Points
Are Tax Havens Harmful to the Global Economy?

Professor Robert John Aumann visits the Chief Editor of World Economic Journal.  Aumann is a Nobel Prize Laureate in Economics for his game-theory analysis of conflict and cooperation.

The current economic crisis is threatening mankind with a real catastrophe. The probability of a negative scenario will remain high for as long as the global community continues to ignore the underlying causes of the crisis. Experts from WEJ have pinpointed it and are ready to share this with the Journal’s readers.

Investment and Macroeconomics
Trends
When the South Overtakes the North 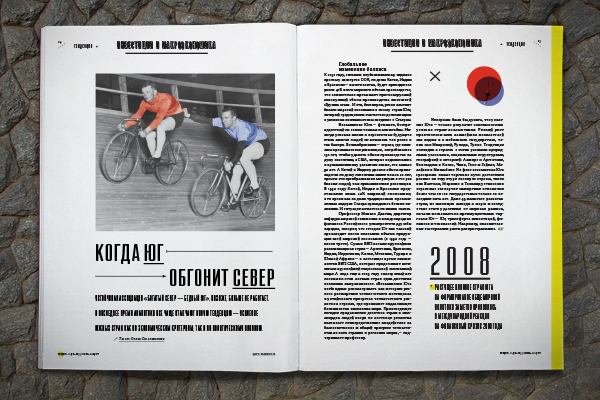 It seems that the persistent association of “rich North – poor South” is no longer fitting. 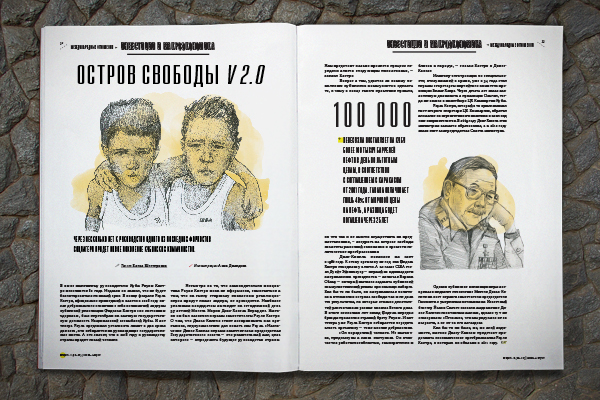 In a few years, a new generation of Cuban communists will come to power in one of the last outposts of socialism.

Europe
The Crisis Is No Excuse Not To Pay

Over the past year, the European Union has reduced its aid to the poorest countries by 2.3 billion rubles.

The CIS
Discussing the Future of the CIS at Yalta

Pavel Nefidov, the Director General of the Financial and Banking Council of the Commonwealth of Independent States, answered questions from WEJ on the eve of the 4th Investment Forum of CIS Member-States.

Dangers
Egypt: Revolution Isn’t for Everyone

The 2011 revolution in Egypt led to the fall of the dictatorial regime of Hosni Mubarak. But instead of the long-awaited freedom and democracy, Egyptians got a “New Mubarak.”

Analytics
So Rich, So Poor

The gap between the world’s richest and the poorest countries is growing rapidly, and most poor countries have recently experienced a sharp increase in population.

Banking and Finance
Capital
Gold in the Bear Pit

The gold price is continuing to fall. The uninterrupted decline began at the end of 2011, and the market has had a distinctly “bearish” trend.

If the referendum to adopt the euro in the Czech Republic had been held this week, the results would have been likely to have pleased opponents to the single currency 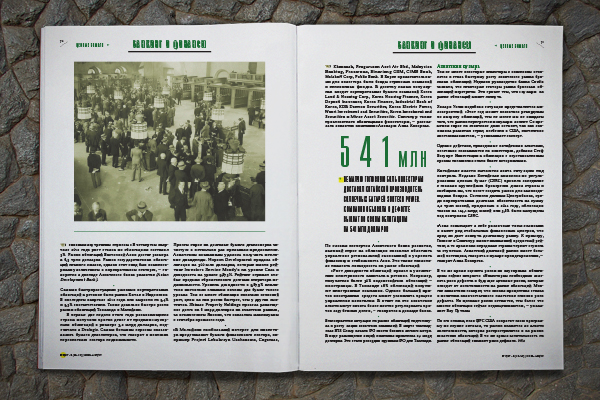 Investors’ hunger to turn a quick profit has led to record demand for high-yield Asian debt securities. It is expected that this year will be a record year for issuing such instruments. However, excessive investor activity could lead to a bubble in the bond market.

Consumer Market
Trade
From Luxury to the Masses

Asian consumers have had their fill of luxury clothing brands. For the first time in the region, budget clothing brands have started growing faster, reflecting a shift in consumer preference towards “fast fashion.”

Industry and Resources
Manufacturing
Gleb Nikitin: “You Can’t Pump Up a Flat Tire Until You’ve Patched It First”

Russian Deputy Minister of Industry and Trade, talked with World Economic Journal about the new state industrial policies, programs, and challenges the Ministry is facing.

Infrastructure and Transport
Ecology
France Is Electrifying Its Wheels

The popularity of environmentally friendly transportation is growing: Today there are more than 5,000 electric cars in France and street cleaners are getting some help from electric street sweepers.

The revival of skyscraper construction and the rise in real estate prices have given rise to the development of the luxury housing market in the Windy City. Developers have begun a battle for wealthy buyers to fill the new high-rise buildings.