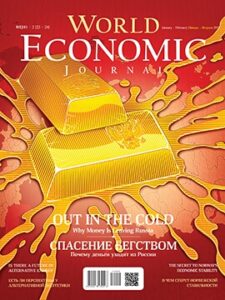 The Main Topics of the January Issue of the World Economic Journal:

Despite the awakening of investor interest in emerging markets following the crisis, Russia can’t boast of investment inflows from abroad; in fact, capital continues to flow out of the country. 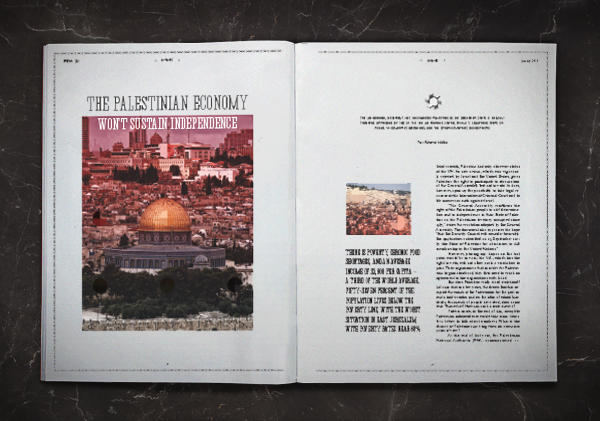 The UN General Assembly has recognized Palestine as an observer stat e. A resolution was approved by 138 of the 193 UN member states, while 9 countries were opposed, 41 countries abstained, and the other countries did not vote.

Sometimes They Come Back… Not  Again

Immediately after Italian Prime Minister Mario Monti announced that he would resign after parliament approved the national budget for 2013, 76-year old Silvio Berlusconi hinted that he wouldn’t mind running for the post of prime minister for the sixth time. This statement provoked a strong reaction from the European Union. 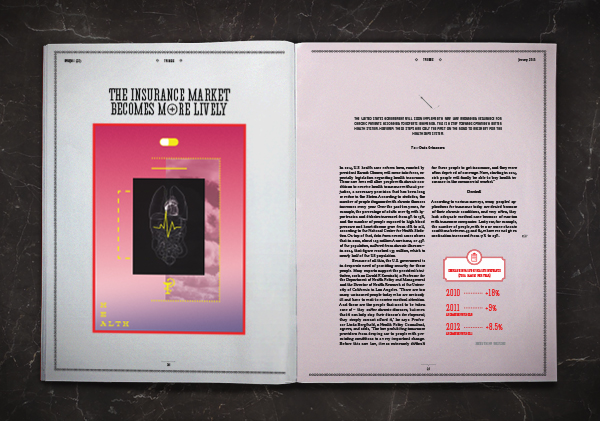 The United States government will soon implement a new law regarding insurance for chronic patients. According to experts in America, this is a step towards creating a better health system.

From Nooses to Workouts: The Effects of the Crisis 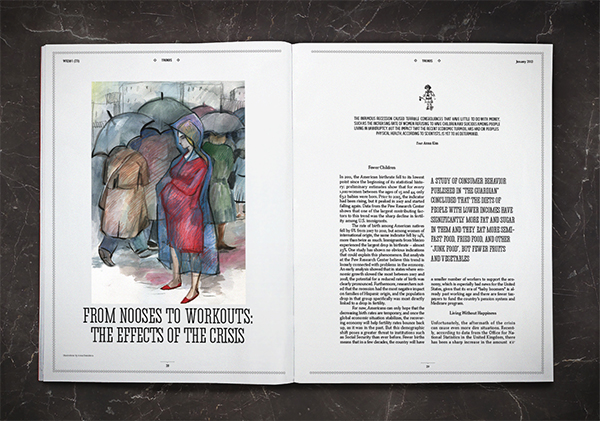 The infamous recession caused terrible consequences that have little to do with money, such as the increasing rate of women refusing to have children and suicides among people living in bankruptcy.

Opportunities
Don’t Hurry Into the Crisis 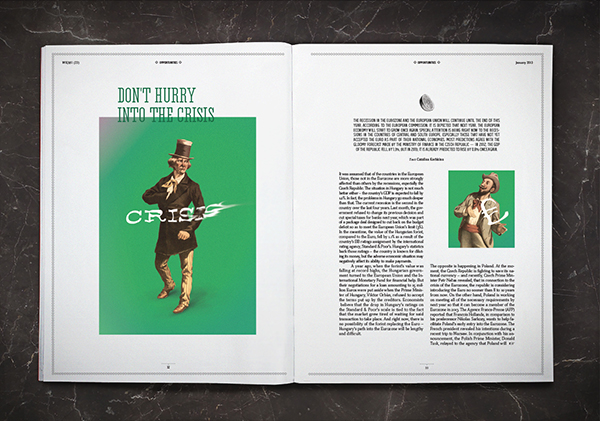 Special attention is being right now to the recessions in the countries of Central and South Europe, especially those that have not yet accepted the Euro as part of their national economies.

The Hungarian government, in its attempt to decrease the budget deficit, has come very close to strangling the national market. 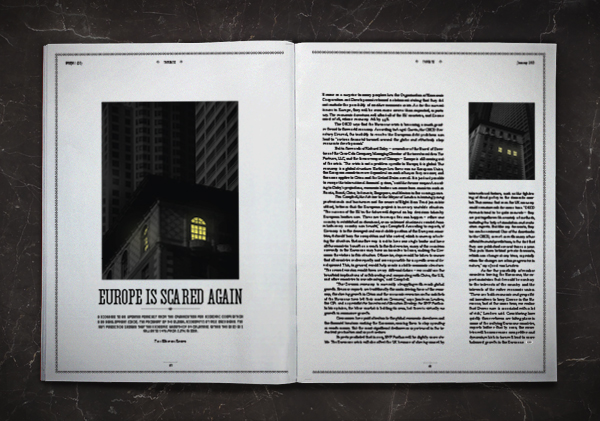 According to an updated forecast from the Organization for Economic Cooperation and Development (OECD), the recovery of the global economy is at risk once again.

In 2012, Georgia too k 34th place out of 184 in the Index of Economic Freedom, losing one place from the previous year, while the October elections had foreign investors holding their breaths.

The Continent
The Norwegian Ketchup Bottle 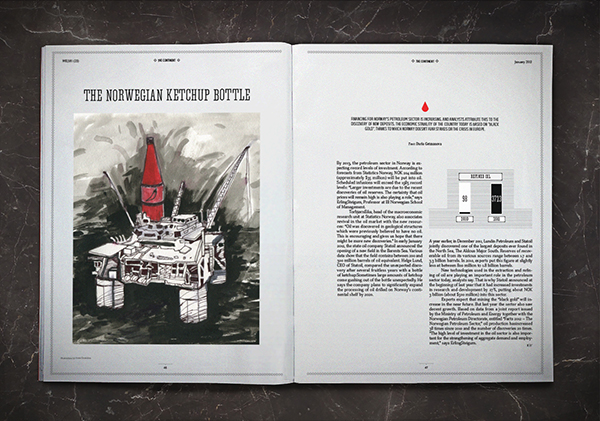 Financing for Norway’s petroleum sector is increasing, and analysts attribute this to the discovery of new deposits. 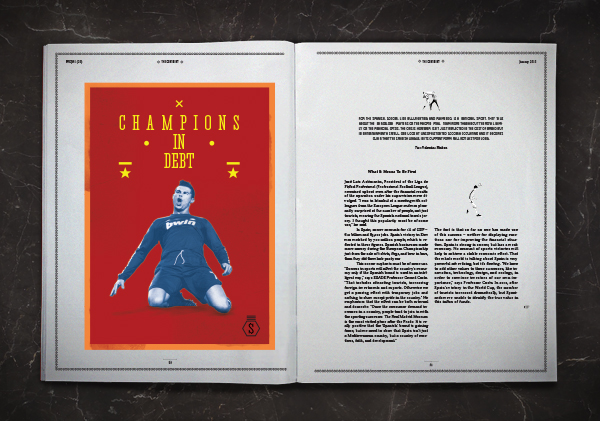 For the Spanish, soccer, like bullfighting and flamenco, is a national sport. The crisis, however, isn’t just reflected in the cost of bread but in entertainment as well. One look at unsophisticated soccer accounting and it becomes clear that the Spanish League, in its current form, will not last for long.

Finance
The Canadian Bank is Exporting the “Know-How” of Banking

America’s neighbor, which the global arena barely notices, has recently been attracting a lot of attention to itself ever since exporting the head of its central bank to the world’s leading financial center.

Investment
Peter Löscher: “The Map of the World’s Most Important Economies is Changing”

The WEJ talked to the Siemens AG’s President and CEO, Peter Loscher, about the “correct” way to do business and how, in 2012, it allowed the company to achieve some of its best operational results in the history of its development.

Maria Pinelli: “You Can’t Pinch Pennies on the Road to Growth” 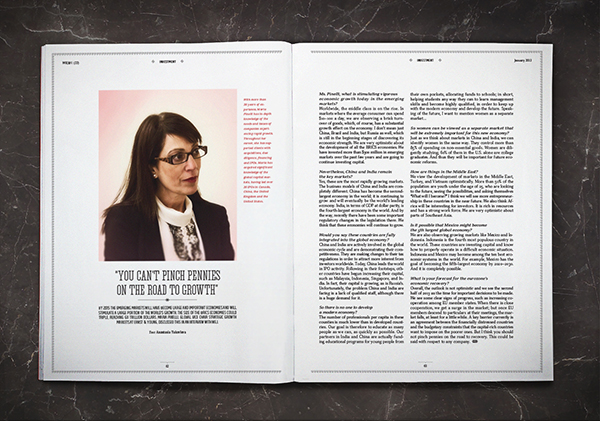 The size of the BRICS economies could triple, reaching $60 trillion. Maria Pinelli, Global Vice Chair of Strategic Growth Markets at Ernst & Young, discussed this in an interview with WEJ.

Power Industry
Against the Wind

Could alternative types of energy completely replace coal, gas, and peat, which have long been the standard?

Hi-Tech
Hewlett-Packard is in Need of Repair

Unluckily, the acquisition of the British software company Autonomy has become just another link in the chain of events that has led Hewlett-Packard to its current deplorable condition.

In the background of the difficult crisis that severely hit the automobile industry in continental Europe, Great Britain appears to be a perfect oasis. 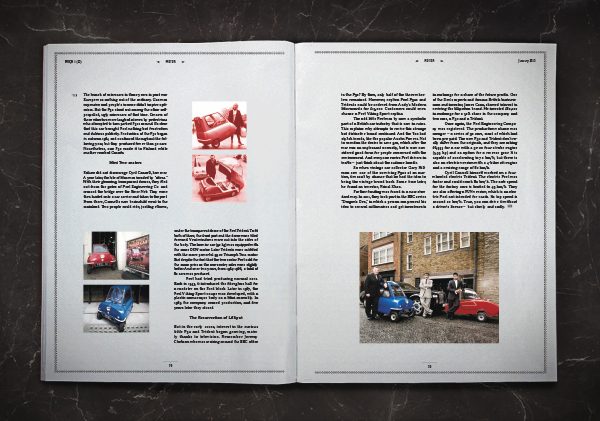 The Peel has always been an odd thing on three wheels, making it the smallest and the most bizarre car ever. But some people have decided to breathe new life into this strange project