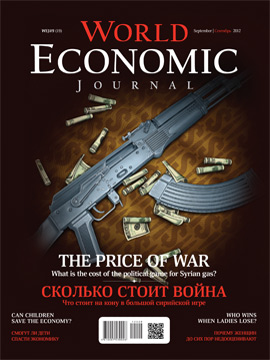 The toll has been high – three resolutions, which Russia and China have blocked at the UN Security Council, 17 packages of sanctions that the European Union has imposed on the city of Damascus, and 19 thousand casualties. And at this point, no one can predict which direction the Syrian opposition will move in next, but experts are doing their best.

The price of War

After more than one and a half years of confrontation and thousands of casualties, Syria, as well as many other countries involved in the confrontation, is at an impasse, both abroad and within their own country, and it is unlikely that a solution will be found any time soon.

The children’s product market in countries with rapidly growing economies is essentially the only sector that isn’t hugely affected by the global economic crisis. And in a few years, the market’s worth could reach hundreds of billions of dollars in total. 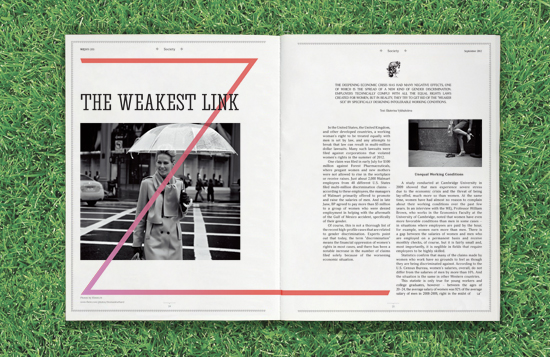 The deepening economic crisis has many negative effects, one of which is the spread of a new kind of gender discrimination. Employers comply with all the equal rights laws created for women, but in reality, they try to get rid of the “weaker sex” by specifically designing intolerable working conditions.

OPPORTUNITIES
The Yuan Aims to Become a Reserve Currency 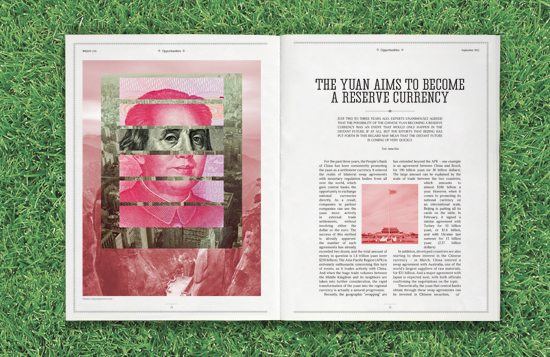 Just two to three years ago, experts unanimously agreed that the possibility of the Chinese yuan becoming a reserve currency was an event that would only happen in the distant future, if at all. But the efforts that Beijing has put forth in this regard may mean that the distant future is coming up very quickly.

THREATS
Waiting for the Decuman Wave 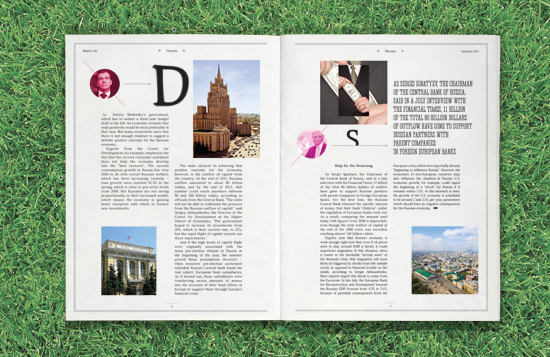 Even the Russian economy is weak, it remains stable for now – the only way that the global financial crisis is affecting it is from “outside shock”. 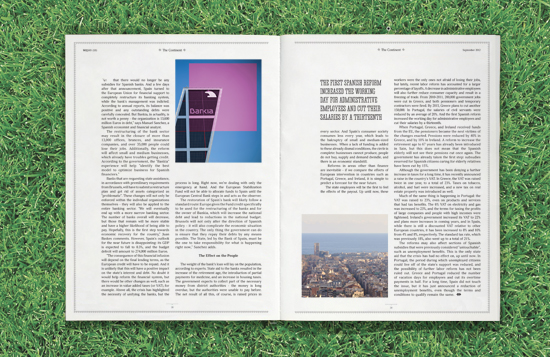 It took six months for the newly elected Spanish government to finally accept the obvious and openly admit that their country is in “really bad shape”. In late June, the Spanish government turned to the European Union with an official request for help. Will the EU be able to save Spain from drowning in debt? And what lies in store for them? 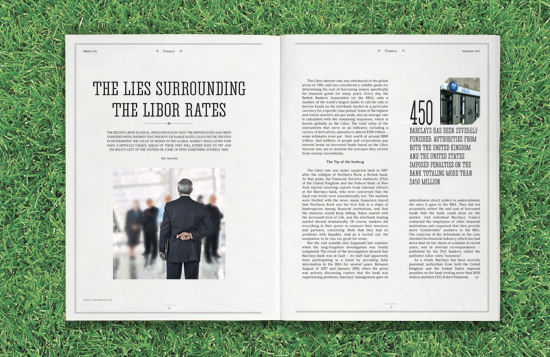 The recent Libor scandal, which revealed that the British rates had been tampered with, showed that present exchange rates could not be trusted in determining the value of money in the global market. 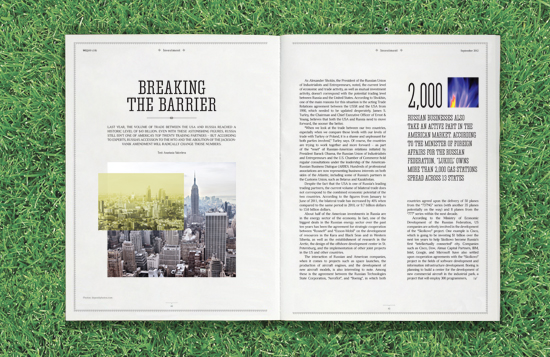 Last year, the volume of trade between the USA and Russia reached a historic level of $43 billion. Even with these astonishing figures, Russia still isn’t one of America’s top twenty trading partners – but Russia’s accession to the WTO and the abolition of the Jackson-Vanik amendment will radically change those numbers.

The U.S. housing market is beginning to recover after 5 years of collapse. But the market’s recovery is still very fragile and unstable, and its growth rate will most likely grow very slowly.

CONSUMERISM
“Price Isn’t the Only Factor Driving the Industry”

Sergei Rumyantsev, the co-owner of the Russian company “Enter” and the president of the National Association of E-Commerce Companies (AKIT), spoke with reporters from the World Economic Journal about why investors should not be afraid to invest in Russian Internet companies.

CHANGING PLACES
“After First Trip, We Decided to Start Business With a Different Hobby” 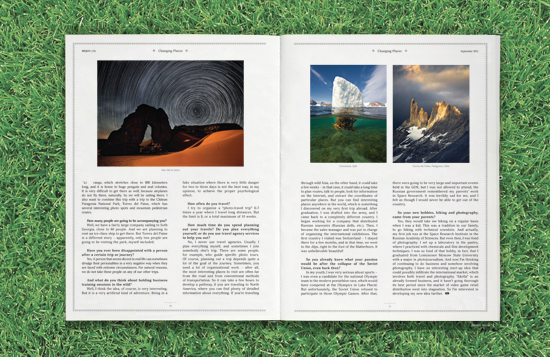 Dmitry Arkhipov, who is the head of a leading game software company in Russia, discusses his love of hiking, his opinions on creative photography, and how journeys help reveal a person’s true colors.

LIVING SPACE
How To Be a Russian Landlord

Today, becoming the owner of one of the historic estates that once belonged to the noble families of imperial Russia is not difficult, with a little patience and a lot of money. Most of the costs involved in such a purchase, surprisingly, come from the restoration of a property, rather than the property itself.

MOTOR
Riches in the Mud 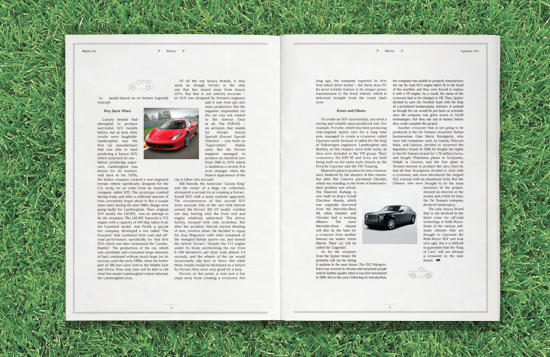 SUVs were originally designed to be used by soldiers and farmers, but it has been a long time since they were used for any farming or military purposes. Now, these large cars have become the playthings of so-called “real men”. Modern SUVs are becoming more and more luxurious.