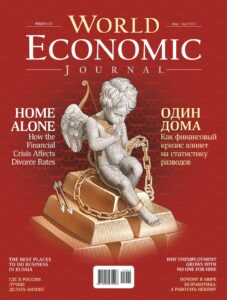 The Main Topics of the May Issue of the World Economic Journal:

STATISTICS
Russia’s Accession to the WTO: a Win-Win Situation

On March 29th, World Bank experts presented a report examining the status of the Russian economy throughout 2011 in Moscow. The World Bank predicted some of the visible benefits that Russian will gain from its accession to the WTO. In preparation for the upcoming event, the Analytical Informational Service at the World Organization of Creditors conducted a study to further investigate the economic state of Global economy to determine who would benefit from Russia’s new status: Russia or the World Trade Organization.

Now those remaining seasoned bachelors no longer have to resort to various excuses to explain their lifestyle – being part of a family in the current economic crisis is becoming more and more difficult. Families are facing constant financial constraints, and families living in Western countries have to deal with additional economic pressure from the government.

The Luxury of Being Rich

Those people living in emerging economy countries who love luxury goods may soon be facing a difficult choice: curbing their appetites or paying taxes to the state to gain expensive real estate and other extravagances.

There was once a time when manufacturers could find cheap labor in Asia, but that time is coming to an end. With the incredible economic growth China has seen in the past decade, Chinese workers no longer have to work day and night for their daily rice, and many of their colleagues in Southeast Asia are following suit.

As the global economic crisis continues and unemployment rises, employers are faced with a somewhat paradoxical phenomenon – it is becoming more difficult to hire qualified personnel for open positions.

The demand for real estate in the Czech Republic continues to grow. Tourists from Europe, Asia and Russia want to buy Czech housing. This trend started back in 2004, when the country joined the European Union. The Czechs didn’t adopt the Euro, which means that prices here are lower than in other European countries, but the level of service remains the same.

COMPANIES AND MARKETS
“The Stock Exchange is Like a Card Game”

Is it possible to learn how to make your money work for you? Andrei MOVCHAN, the CEO of Third Rome Investment Solutions, told WEJ some of the myths surrounding the stock exchange, investment philosophy, and the industries of the future.

The Adventures of the Italian in the High-Rising Country

He made his first pair of sneakers when he was just ten years old, and instantly fell in love with the shoe business. Now, his footwear factories deliver shoes in dozens of countries all over the world. Aldo BRUE, the founder of the Italian footwear brand ALDO, talked to WEJ about the natural “bend” of the foot and the secret of youth. 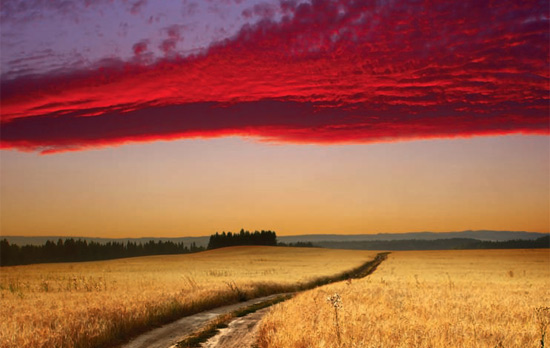 Out of all the Russian regions, Kaluga is the leader when it comes to attracting investments. Its stunning success in this area is proof that, although it may be difficult, creating an attractive investment climate in Russia is possible. The governor of the Kaluga region, Anatoly ARTAMONOV, explained how to WEJ.

LIFE STYLE
TRAVEL
The 10 Ingredients of a Real Brodet

Brodet is a traditional Croatian dish – it is a delicious soup, featuring a dozen varieties of local fish found in Croatia. Its homeland country is much like a soup as well. Croatia serves as a bridge between the East and the West, with 67 inhabited, and more than a thousand uninhabited islands, surrounding the coastline. Just like Brodet, the country is made up of many different ingredients, and attracts both those who love architecture and the Croatian culture, and tourists looking for a relaxing beach holiday. Listed below are the top ten things to do the
next time you visit Croatia – check them out!

PRIVATE TALK
The Man With The Dragoon Tattoo

He was in charge of the MTV Channel, helped found the “Star Factory” project, shaped the generic “90s” sound, and ran the Department of Music Broadcasting at Public Russian Television, as well as his own radio station. Then, several years ago, he started focusing on becoming a fi lm project producer. Ilya BACHURIN, the Director General of “Glavkino”, talked to WEJ observers Anastasia Yakovleva and Julia Petrova, about cool bikes and his aesthetic view of the world.

With all of the global economic and political issues going at the moment, more and more people are choosing to invest not in potentially unstable funds, but in objects that are a bit more eternal, such as art. The WEJ took a closer look at how to properly invest in the art market.