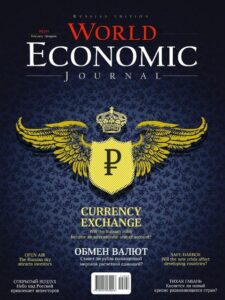 The main topics of the February issue of the World Economic Journal:

Currency exchange
Will the ruble become a full-fledged global unit of account?
Five years ago, it was difficult to imagine a situation in which world experts would seriously think about the fact that the Russian currency could become a reserve. However, the crisis of recent years has revealed the need to reform the international monetary system. And now the IMF is forced to look for an alternative to the dollar.

Second wave
Is a new crisis threatening developing countries?
The debt crisis of the Eurozone has led to macroeconomic and socially important discoveries. It turned out that countries with a high standard of living of the population are not at all so strong, and developing countries, not burdened with problems with external debt, have a number of advantages.

Decay period
Despite the fact that there were not many monetary unions similar to the EU in the world, four cases of the collapse of such alliances can help Europe, if not in solving its problems, then at least in buying a little time. The “Soviet” case is just one of them.

Open air
The sky over Russia attracts investors
In 2012, Russian aviation will face big changes in the international market. Russia is ready to maintain an “open skies” regime: domestic carriers are able to compete with foreigners, and Russian airports will turn into the world’s largest hubs.

A drop in the sea
The struggle for water resources can become a real cause of regional and continental conflicts. World leaders have long been thinking about the problems of preserving and replenishing water sources in their territories.

Say “Cheese!”
Is it easy for a foreigner to open his own business in Russia? WEj went to the village of Moshnitsy near Solnechnogorsk to visit an American farmer, Jay Close. He has been making cheese here for three years.

Angels in Baku
From November 30 to December 2, Baku hosted the IV International Banking Conference of the CIS Member States. Representatives of governments and ministries of the CIS member states, international development institutions, as well as heads of central and largest banks of the Commonwealth, Europe and Asia met in the capital of Azerbaijan to discuss ways to develop the financial and banking systems of the CIS in conditions of financial and economic instability.

Antivirus marketing
Is it easy to be a professional, smart businessman, charming woman and mother of many children at the same time? This is not for everyone! But, just not to her. Starting her career as a salesperson for Kaspersky Anti-Virus, in a company with a turnover of $100 per month, our heroine earned a fortune of $462 million. Natalia Kasperskaya, General Director of InfoWatch, spoke about how to save the world from viruses and learn how to snowboard WEj.

Romance with stone
On the eve of February 14 and March 8, we invite you to pay attention to the six best tourist places that will certainly not leave anyone indifferent.

Russian tailoring
Today, Russia does not create fashion trends, because the institutions of the fashion industry and clear retail rules that meet the real needs of the fashion market have not yet been formed at the state level. But it is impossible to deny the existence of gifted and talented designers in our country, especially since their names are already known in the West.

Constellation Vertu
Products with the Vertu name have become an attribute of successful people who are accustomed to the best. The new model Vertu Constellation, presented in Moscow, managed to become the center of attention in the new season of the English television series Sherlock. Mark Izatt, Head of International Marketing Projects at Vertu, told WEj about the brand’s new product.