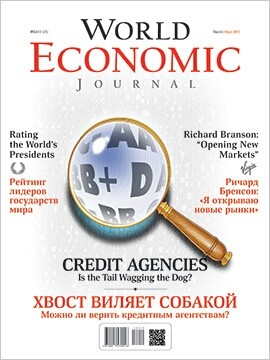 The Commonwealth of Independent States is spreading its wings following the crisis, with increases in GDP and investments. The CIS’s economy is still far from being stable, and export volumes are still modest. But it is obvious that the Commonwealth will be stronger in the near future, since the amount of its external debt is encouraging compared with other countries.

The CIS’s GDP grew 4% in 2012, well ahead of the G-7, Central and Eastern Europe, Latin America, and the Caribbean. (The CIS is composed of Armenia, Azerbaijan, Belarus, Kazakhstan, Kyrgyzstan, Moldova, Russia, Tajikistan, and Uzbekistan.) This year promises 4.1% growth in the CIS’s Gross Domestic Product, placing the Commonwealth in second place for growth, just behind the emerging Asian countries.

The CIS has also experienced GDP improvement taking account of purchasing power parity (PPP, a ratio that expresses the cost of living in various countries): In 2012 it was $12,600 per capita. Thus the CIS left behind the Latin American and Caribbean countries, the emerging Asian countries, and the Middle East and Northern Africa. Compared with 2010, this is a major breakthrough: Back then, the Commonwealth’s GDP levels, accounting for PPP, surpassed the emerging Asian countries with $5,100 per capita and the Middle Eastern and Northern African countries with $9,200. Figure shows GDP growth, accounting for purchasing power parity.

Meanwhile Central and Eastern Europe’s slice of the global GDP pie only increased 0.02% for those two years, reaching 3.46%. Figure shows the change dramatically.

READ
From the Field: Young Fijians work with older generation for a sustainable future

Put It All on the Market

At a time when investments are on the rise, there are more opportunities for developing industry and, correspondingly, for growth in exports. However, the Commonwealth has only modest exports for now, compared with other countries. In 2010, the volume of goods exported increased by 8.6%, while in Central and Eastern Europe, exports grew by 10.5%. At that time, the CIS could only surpass countries in the Middle East and Northern Africa, which had export growth of 3.3%.

Today, analysts’ forecasts of the volume of goods that will hit the global market are not encouraging. They believe that in 2017, export growth will slow for many countries: In the Commonwealth, growth will be 5.1%, in the Eurozone – 4.5%, and in Africa and the East, the increase will be only 2.9%. Figure shows the change in volume of goods and services exports from 2010 to the forecast for 2017.

The Latin American and Caribbean countries, in contrast to the Commonwealth, showed fairly strong interest in foreign goods in 2010. Imports grew in the region by 23%; however, by 2012 this indicator had increased by only 3.4%. Only by 2015 is a small jump to 6.1% expected.

“Leaps” in imports are not yet a serious problem for the economy, but the same can’t be said for the increase in foreign liabilities. Today’s total external debt to GDP ratio is still a major problem for many countries. In 2007, the debt of Central and Eastern Europe was in the neighborhood of 56.6% of GDP, while for the Commonwealth it was 40%. In 2010 The Central and Eastern European countries’ debts were 65.8% of GDP.

As for foreign liabilities of the CIS, they remain unchanged at the previous level of 40% of GDP. Two years later, European borrowing increased in volume to 66.4% while the CIS knocked off a couple points, showing a 34% ratio of external debt to Gross Domestic Product.