Capitals of the Commonwealth are Under the Microscope 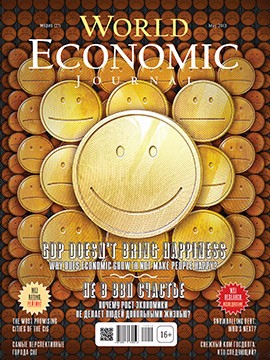 WOC research examines the level and quality of life in Moscow, Kiev, Astana, Minsk, and Baku. Almaty is also included in the list of cities as Kazakhstan’s largest city in terms of GRP and population. Analysts put these six political and financial centers from several CIS countries under the microscope.

Who Has More
The most populous city of those examined was the capital of Russia, Moscow. The city’s population in 2011 was 11.55 million with a high population density of 4,601 people per square kilometer, this despite the city being the largest (2,511 square kilometers).

However, the number of residents in all these cities is growing with every year, becoming a trend. Population growth is also occurring because the quality of life is higher in the capitals than in the average cities for the countries reviewed. A higher standard of living is an incentive for many people to uproot from where they live now in favor of moving to the capital.

The largest percent of the population living in the capital is in Minsk and Baku. In the Belarusian and Azerbaijani capitals, 19.87% and 23.27% of the population live there, respectively, which is quite a high percentage. For comparison, Moscow’s share of almost 12 million people accounts for only 8% of Russia’s total population.

Polar Opposite Economic Indicators
The capital cities being examined vary greatly in terms of GDP. The leader in this category is once again Moscow, with $344.2 billion, which is 24 times more than Minsk and Astana, which trail in the ratings. The capitals of Belarus and Kazakhstan have GRPs of $13.7 and $14.3 billion, respectively.

Also differing is the ratio of GRP to the national GDP that the cities hold. Astana’s GRP contribution to Kazakhstan’s GDP was just 7.7% in 2011. But Almaty’s contribution was significantly bigger at 17.8%. Kiev and Moscow also contributed approximately the same amount to their countries’ economies.

A small city in comparison with other capitals, Minsk’s GRP was almost a quarter of Belarus’s GDP. Meanwhile, Baku was kind of a phenomenon, with its GRP making up almost 83% of Azerbaijan’s GDP. But this isn’t a positive thing.

Where to Go to Study
Kiev leads in terms of the number of secondary schools per 10,000 people, with 1.83. In second place was the capital of Azerbaijan: Baku has 1.72 schools for every 10,000 people. Almaty figures were 1.62, but in the capital of Kazakhstan, the number was much lower at 1.21 schools. As for the total number of schools, Moscow hands down has the most with 1,727 secondary schools.

Living to 70 in the Capitals
It is quite difficult to analyze the quality of medical care provided. But how accessible it is can be valued based on the number of medical specialists there are for every 10,000 people and the number of hospital beds for the same number of people. For the first indicator, Baku leads with 85 doctors per 10,000 people. After Azerbaijan’s capital comes Kiev with 84 doctors. The lowest ratings went to Minsk with 73 doctors and Almaty with 71.

At the same time, Kiev and Minsk are the leaders in terms of the availability of hospital beds, while in Baku and Almaty, this issue lagging.

The quality of health care, environment, and lifestyle can directly affect life expectancy. The size of this figure can rate the quality of life in the capitals overall. The longest life expectancy can be seen in Moscow at 75.79 years. It was followed by small margins in Kiev, Minsk, and Astana. But the life expectancy in all of the cities was higher than 70.

Unfortunately, there were no figures shown for Baku in the study. However, general life expectancy for Azerbaijani in 2012 was 71.32 years of age. Given that the capitals’ ages were always higher than the average city, it is to be expected that the figures for Baku are derived from the values of other cities.

Jobs are Up, Unemployment Stable
Average monthly wages for 2011 in the cities examined differed greatly. The lowest salary, converted into dollars, was in Minsk and Kiev ($483 and $495 respectively). The highest salaries were recorded in Moscow and Astana, with workers receiving on average $1,528 and $905.

As for unemployment, figures are in a reasonable range of 5-6%. The exception in Moscow, where unemployment is especially low at only 1%.

Data provided by the Chinese Hurun Research Institute on the number of billionaires living are diametrically opposed to one another. Astana is home to only one billionaire while in the compact Moscow there are 76. Meanwhile, citizens with billionaire status have altogether passed over Minsk and Baku.

In the End
Research showed that each capital that was examined can boast achievements in one area or another. In Kiev, there is more access to education, including higher education. Meanwhile, the Baku and Astana administrations should pay special attention to the development of this area of city life.

There is access to medical services in all cities, but Kiev and Moscow, especially when compared to Almaty, are behind in indicators that characterize the condition of health care.

The average salary is much higher in Moscow and the lowest is in Minsk. This issue is tied to the sharp changes in the exchange rate in Belarus and the responsibility lies at the national level.

But according to outlined trends, the administrations are trying to provide a decent standard of life in their respective cities and are generally succeeding.

Aldongar Hurpisov, Senior Consulting Manager, Deloitte Caspian Region:
– Astana needs a strategic development plan for the next ten years, transparency and accountability of the mayor to the people, reasonable and efficient use of constructed infrastructure and infrastructure under construction. Over the past few years, many infrastructure complexes have been built, but we can’t stop at our successes. As for the greatest growth, in my opinion, Moscow is the leader. They are growing quicker than anyone, which can be seen in terms of gross national product.

Gregor Movat, Managing Partner of KPMG in Kazakhstan and Central Asia, head of KPMG’s Financial Department in the CIS:
– The past 2-5 years in Astana, many are turning from state projects in the capital. Restaurants, Shopping malls, parks, and very high-quality infrastructure. It isn’t just locals working in Astana today, but international schools as well. In addition to implementing large-scale urban development projects, a housing fund is being created for the labor force that is moving to Astana. The city today has its own life and soul, whereas 5 years ago it was just a place where officials came from Almaty for the weekdays and left for the weekends.

Infrastructure of the highest quality is being introduced in Astana today for social, sporting, and cultural events. A growing number of key organizations and Kazakhstani agencies are based in the city. The President adopted a decision to build a large number of schools and hospitals over the next five years. Transport infrastructure is getting better with every year, though because of the rapid growth of the population, more intensive development of the transport network is needed.

Agaisha Ibrasheva, Director of the Legal Department, Deloitte Caspian Region:
– In order for Astana to become more comfortable, it needs more character. Kazakhstan’s capital is for now just a pretty city, with socially-significant buildings being built which attract local and foreign investments. But Astana needs soul, which is dependent on a generation that was born and raised in the capital. But if I could choose the most comfortable city to live in anywhere in the world, it would be London. That city has everything you need: great service, beautiful architecture, theaters, and a wide range of restaurants.

Capitals of the Commonwealth are Under the Microscope
193,052
Share