The borders of wine-making regions have expanded considerably, and companies that have invested money in the wine business are taking a much closer look at little-known regions, which received little attention before. Some experts say that global warming is responsible for the changes in the wine menu, but others believe that investors are trying to reduce costs. One way or another, the wine market may be experiencing new leaders fairly soon. 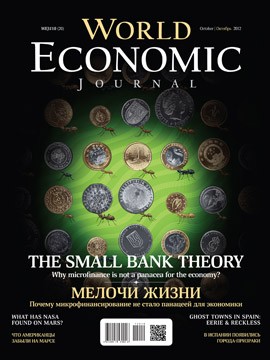 In the opinion of wine critic Jancis Robinson (Great Britain), in the last decade the world map of countries producing wine changed rapidly. “In the places where people thought that summers were too short for the grapes to ripen, they lay out vineyards now. By doing so, they are proving that their regions are capable of producing quality products”.

Some of the BRICS countries may serve as a good example. In China, for instance, in recent years the production of wine has considerably increased. In 2005–2011 the number of winemakers went up from 39 to 70. As a result, in 2011 they produced twice as much wine as in the previous year. Before, the production of wine was concentrated in the Shandong province in the east of the country. However, of late, the producers have found some prospective areas in the north of China. One of them is Moet Hennessy, which is owned by the LVMH Bernard Arnault Holding, the owner of Dom Perignon and Veuve Cliquot, champagne brands of premium class. The company signed a partnership agreement with a Chinese state-owned agricultural company. The 66 hectares big vineyards will be making products under the Chandon brand. Other French companies, such as Pernod Ricard and Chateau Lafite-Rothschild, opened their production facilities in China too. Today China is one of the largest consumers of wine in the world; according to the experts, in three years the country will become the second largest wine sales market in the world.

As Don St.-Pierre, President of ASC Fine Wines noted, the import problem in China is created by the growing consumption of local Chinese wine, the production of which is supported and controlled by the government. Thirty different state departments and ministries are part of the process. At the same time, the export tax for wine in China is missing, which is very attractive for investors.

The Brazilian wine, although produced for more than a century, has started to gain international reputation only in the last ten years. After “Ibravin”, the Brazilian wine institute was set up, cultivation of grapes in the country considerably increased. Almost 71% of all land under vineyards is located in the Riu-Grandi-du-Sul province, which produces approximately 88% of all wine in the country. One of the main wine producing regions is Vale do Sao Francisco, located on the latitude of only 8° to the south of equator. It is a hot desert, but still, there is the world’s major tropical vineyard with artificial irrigation here. Large international companies have started investing in the vineyards development in Brazil. Their presence is noticeable – Moet & Chandon, Martini & Rossi, Domecq, Seagrams, Bacardi, and Heublein are active here. Today Brazil, with its 88,000 hectares under vineyards is the third largest producer in South America. The total annual volume of wine produced in the country is 3.5 mln hectoliters. In addition to this, 0.59 mln hectoliters of wine are imported by the country each year. Russia has also started active development of its wine production. The country is investing in the development of vineyards and purchasing new equipment. “The Russian winemaking is in the very beginning of its way. Much time is needed for the wine region to take shape. Still, Russian winemakers, despite the marine climate of the region, harsh winters and widespread steppe grasses, have many possibilities for developing their own style”, – wine critic Jancis Robinson noted after tasting Russian wine on the ProWein exhibition in Dusseldorf (a more detailed account of her experience is presented on her site www.jancisrobinson.com).

According to the data of the Russian Union of Winemakers and Winegrowers, as of the satrt of 2011, the total area of vineyards in Russia was 60.9 thousand hectares, two thirds of which bore fruit. In 2010 more than 324,000 tons of grapes was collected. There is much potential for expansion of vineyards in Russia – in the times of the USSR there were roughly 200,000 hectares under vineyards in the country.

In the words of Alexander Tkachev, the Krasnodar Region Governor, in the last 2–3 years there
was an increase of wine tourism. For instance, 150-200 thousand tourists annually come to Taman region alone. The area under vineyards in Krasnodar Region is 24,000 hectares, and this figure goes up owing to new Russian investors. In 2010 132,000 tons of grapes were harvested here. However, the sales of wine cannot be compared to those of hard liquor so far. Still, the winemakingsector is very favorably disposed to private investment: fertile lands, suitable for winemaking, primarily in Rostov area and Krasnodar Region, are waiting for their investors. And there is much to invest into too. For example, in May several Russian winemakers received 12 medals of different denominations in total at two prestigious contests in London – International Wine Challenge and International Wine & Spirits Competition.

Georgia, which has had ‘prickly’ relations with Russia in the past several years, picks up steam in wine production. In the opinion of Zaza Gorozia, Minister of Agriculture of Georgia, embargo on Georgian wine delivery to Russia, which was imposed back in 2006, has played a positive role in the development of local winemaking. The producers had to concentrate on improvement of quality of wine. As a result, the volume of export increased, but the proceeds increased. Before 2006 the country exported 60 mln bottles of wine, and in 2011 – only 18 mln. Although proceeds from the wine export six years ago were $81 mln, last year they reached $54 mln, despite the drastic decrease of sales volumes. The Georgian wine is sold in the NIS, in the EU countries, and even in the USA.

READ
First Person: ‘I realized Afghan women were still fighting. And I chose to be one of them’

In the words of Gennady Onishchenko, Chief Sanitary Doctor of Russia, the import restriction introduced for Moldavian and Georgian wine were well-timed, as Russian market was filled with counterfeit products. Today, the priority of the Ministry of Agriculture of Georgia is to quickly replace import with export and to increase the volumes of export of Georgian wine. The EU’s consent to register brand ‘Georgia: the Cradle of Wine’ for the Georgian wines will contribute to that. The local EU market harmonization department has issued a document, allowing Georgian winemakers to promote Georgian wine on the EU market as “a gift of country, where this celestial drink was born approximately 3,000 years ago”.

The winemaking of Ukraine, famous for its Crimean wines, is more than one hundred years old. As Dmitry Sidorenko, President of Ukraine Sommelier Association discussed, the wine making sector is actively developing largely because of the policy of state’s non-interference. The repayment of funds invested in new planting, collected from the 1.5% tax of sold alcoholic beverages, is a considerable support for winemakers.

In the opinion of Dmitry Sidorenko, the prospects of further development of the market are fairly good. There are unique winemaking regions in the country, both traditional, with established reputation, and relatively new. These are the Crimea, including the Big Yalta region, Shabo in Odessa area and Bol’shaya Dolina. Private winemaking is well developed here too. “However, wines are produced primarily for home consumption, because license for selling wine is quite expensive in Ukraine”, – the expert notes. Speaking about the problems of wine production, this is first of allthe lack of tight state control over the quality of grapes. Besides, the law “On Ukrainian Wine” does not work in the country at all, i.e. Ukrainian wines can be made of any imported wine material.

There is practically no foreign business investing money into winemaking sector in Ukraine. “According to the local legislation there is moratorium on selling land in the country. The foreign citizens have no right to purchase land in Ukraine”, – Sidorenko says. Still, there are examples, when foreigners invest their money into production facilities. For instance, last year ‘Horizon Capital’, a major American investment fund, and ‘Hartwall Capital’ (Finland) purchased shares in the ‘Inkerman’ Holding, one of the leading producers of wine in Ukraine, which produces wines under the same brand name. A bit earlier, in November 2010, the Antimonopoly Committee of Ukraine allowed the Swedish company ‘Inkerman International AB’ to buy more than 50% of Ukrainian OJSC ‘Inkerman Vingate Wines’ and its two raw materials suppliers: OJSC ‘Kachynsky+’ and CJSC ‘Agrofirma ”Chernomorets’.

It is quite surprising, but excellent wines can be produced even in Scandinavia. This was proved by Klaus Peter Keller, who laid a vineyard in Norway. The famous German has grown Riesling here.

The local granite soils, very similar to those of Grand Cru in Alsace, allow doing that successfully. The level of wine consumption in Scandinavia is higher than one could think. The average citizen of Denmark consumes approximately 30 l of wine annually. Swedes are a bit behind; they drink roughly 20 l per year.

There are about 30 private wineries in Sweden, out of which only three produce wine for selling. These are Blaxta (Sermland), Gute Vingard (Gotland Island) and Wannborga Vin (Oland Island). In 2000, Lauri Pappinen, man of enterprise, opened the Gute Vingard winery on the Gotland Island.

Very few people believed in his experiment, but eventually it was a success. Several years of hard work, and today the Swedish winemaker produces 3,000 bottles of wine per year (for local conditions this is a lot). “We constantly keep an eye on our grapes, plant several varieties of grapes simultaneously, and see which of them take roots better”, – Lauri Pappinen noted in one of his interviews. In the words of the winemaker, this allows him to know what sorts of grapes will be better to cultivate in the future and be used to make quality wine.

According to research made, the southern part of Great Britain is similar as to its soil composition to the Champagne province in France. England, which is famous for its ‘gloomy’ climate ranks 63rd among wine producing countries of the world. Much has changed here because of the global warming. According to experts, the Gulf Stream has a beneficial influence on the development of winemaking in Britain. Michael Roberts, the owner of RidgeView, certainly wasn’t shy to start his winemaking business here. He purchased a plot of land in Sussex and planted grapes. Already in 2009, at International Wine and Spirits Competition, his wine RidgeView Merret Bloomsbury was acknowledged as the best sparkling wine in the world. In the opinion of Michael Roberts himself, despite lack of promotion some English sparkling wines can easily contend with their famous French competitors.

Incidentally, it is here, in England, a hundred miles away from London, there is the largest wine depository in the world. Its area equals that of 18 football fields. Located nine meters deep under ground, it stores approximately seven million bottles of elite wine worth of more than one and a half billion pounds sterling. This wine is excellent investment of money made by arsighted people.

According to the Impact Databank forecast, in the next five years Europeans will drink less and less wine, and people in Russia, Asian countries and the USA – more and more. The Vinexpo experts agree with this prognosis too. According to their data, three quarters of growth rates will fall to those three markets. In the time being, the wine card of the world expands further and further. The wine experts are surprised, just recently vineyards appeared by the shores of the North Sea in Belgium and Holland, and also in some traditionally non-winemaking regions like Thailand, Vietnam and India.