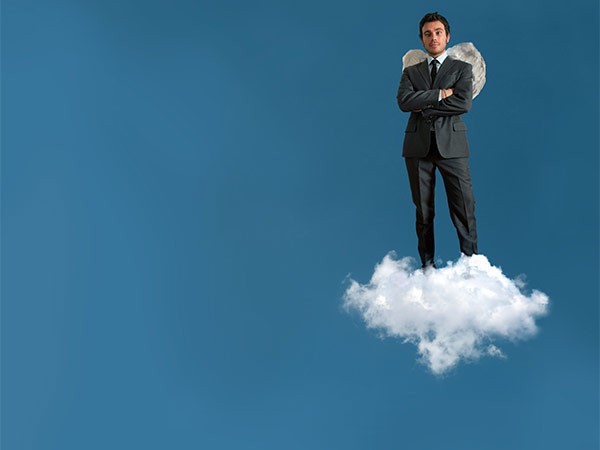 If you travel towards the mountains along the French Riviera, just north of the coast, among the villas, olive trees, and plants that flower year-round is the Sophia Antipolis Technopark, home to the Business Angels. They flew here from all over the world – people who believe in an idea and giving it life.

The American Marilyn Davison lives in a massive complex, located by some seemingly magical set of circumstances on Angels’ Bay in the town of Villeneuve-Loubet, not far from the Sofia Antipolis Technopark. “My husband and I were both invited to join this community. My husband worked for a small American company that has launched activities in Europe. He founded the first company, whose employees have grown over time from one person to 13. Later he worked with distributors all across Europe and the Middle East, even once going to Russia. We started in Brussels, then moved to Nice, then from Nice to Paris, then once again returned to Mougins, and finally settled here in Villeneuve-Loubet.”

“Wonderful people! Great project!” is how Marilyn Davison talks about everyone with whom she has had a chance to work. There are angels all around us, we just don’t notice them. Many such communities exist – in Nice, for example, there is a Mediterranean community, and in Paris there are many as well.

Angels don’t accept money for coaching. Sometimes they invest in a project on their own, and sometimes with the help of venture capital funds that are simultaneously working on dozens of start-ups. The Sophia Business Angels community was founded by Pierre Laffitte in 2003, who also founded the Sofia Antipolic Technopark. The Sophia Business Angels are made up of 50 experienced entrepreneurs, investors, and managers from 17 countries. Each year they organize various events, like start-up “factories,” venture academies, and committee meetings. Young scientists and entrepreneurs from around the world turn to the Angels for support. “If good projects don’t find an investor,” says Davison, “we partner with Business Angels in Nice or Paris. People invest money in what they know well.”

The basic idea of the Sophia Business Angels is to inspire young entrepreneurs to find investment for their project. Once every month and a half, the Angels flock to the Technopark to select new projects for endorsement. Young scientists often come to Sophia Antipolis and present their inventions. One of the most exciting projects that Davison is participating in is with a company that is an innovative developer of green energy. “I work with scientists from the UK and the U.S. who have thought through how to increase the absorption of solar energy. They invented a technology that uses crystals placed on a special film. The developers are very intelligent people working in France. It’s a great project, which is focused on green housing. Any project could be of interest to the Angels; the most important thing is to have presentation skills.”

READ
From fighting to farming: Supporting peacebuilding in Mozambique

“When people come up to me,” says Davison, “I give them a couple of minutes to introduce themselves and talk about their project. In that time I can determine whether or not we can work together. Then we sit down for several hours and begin discussing. The first thing I say when I start to look at the project after a 7 minute presentation is: How do you image the project developing? What can be improved? A woman once came to us who wanted to present a very interesting product. She had prepared an oral presentation, and when she had finished describing her product, I asked her to send us her presentation. She sent a picture of the device. When we saw what it was, we understood that the project was very promising, and we all applauded. That happens often. The reaction of the Angels depends on how well the presentation is constructed and how quickly the product can be understood.”

It can take just a day for an Angel to start participating in a project. Davison says, “I can meet with people and never see them again. Or I can help them for a very long time.”

“It’s all very high risk, but a lot of fun.” That’s how Davison, who has the intrinsic sprightliness of an angel and a bit of mischievous adventurism, speaks about her involvement in the community. But on a more serious note, it is important, for a successful launch, to intelligently evaluate the company and thoroughly develop a business plan. Investing in a start-up is a high-risk business. “Suppose $100,000 is invested in a company and after some time, there has been no result. We ask them, ‘Have you sold anything?’ to which they answer, ‘No, but we will soon.’ ” Companies sometimes go bankrupt. Investing in funds is more reliable, says Davison.

Davison’s scope of interests, like her life and career experiences, is extremely rich: from the production of clothes for dogs to bio-technology. One of the most successful projects she is proud to have participated in, is an art website in London. This resource, which became very well known, allows artists and designers to communicate, show, and promote new ideas and works in contemporary art. The site publishes reviews of exhibits, the entire cultural life of the British capital. Since Marilyn Davison earned a degree in art, this field holds special meaning for her.