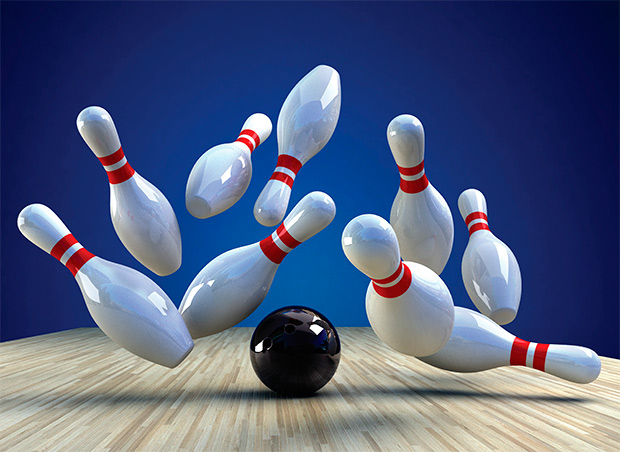 In the previous issue we wrote about one of the most ambitious U.S. integration projects: the Trans-Pacific Partnership (TPP). Given the growing importance of the Pacific region in the world economy and politics, the creation of a free trade zone under the leadership of the U.S. now fully corresponds to American national interests. However, the U.S. may increase its status and strengthen its economic position at the expense of another bloc: the proposed Transatlantic Trade and Investment Partnership (TTIP) between the U.S. and EU, which would create a duty-free zone with a consumer market of 820 million people. As George Washington University Professor Henry Nau told WEJ, these two blocs "create a core global trade policy at the current point in time. And their enactment is important partially because the WTO Doha Development Round is in deep crisis."

The United States and the EU started to work on creating a new free trade zone in July 2013, and to date already six rounds of talks have been held. While both sides seek to conclude negotiations within two years, some experts have questioned these dates due to the large number of complexities in the process, disputes between the parties, and domestic opposition in the participating countries.

The idea itself of creating a single transatlantic market is not new. Back in 1995, the EU commissioner for trade voiced this idea and called for the creation of a transatlantic free trade zone. But then, with the creation and expansion of the WTO, this idea was shelved.

Why was this idea suddenly remembered again recently? There are many answers to this question. On the one hand, the WTO Doha Development Round turned into an endless series of disputes and disagreements. On the other, the United States in the near future may cede its status as the leading economic power to China, and European countries may overtake other rapidly developing economies.  Therefore, transatlantic consolidation can help strengthen the economic situation and the influence of the U.S. and Europe on global processes in general. Of course, the main motivating factor behind the creation of the TTIP is increasing economic growth on both sides of the Atlantic. Against a background of prolonged economic downturn, the U.S. and European policymakers are seeking measures that would stimulate growth and create new jobs.

Though the economic effect of the deal is the main driving force of the TTIP, the pact will still have an important geopolitical rationale, which is not expressed directly. However, in the media this project has already been dubbed the "Economic NATO." Some studies show that commercial interdependence stimulates political cooperation and leads to geopolitical stability. Thus, the TTIP could be an important source of transatlantic solidarity. However, most researchers are more reserved in their appraisals of the strategic implications of interdependence and do not believe that it directly affects political loyalty.

The EU and the U.S. account for about half of total world production, one-third of world trade and one-fifth of global foreign direct investment. With regard to the potential economic benefits for both sides, by some estimates the TTIP will annually bring $122 billion to the U.S. economy and $150 billion to the EU. A 25% reduction of non-tariff barriers and other regulatory differences and standards between the EU and the U.S. could lead to a $106 billion increase in total  GDP. Generally speaking, reducing tariffs to zero, non-tariff barriers by 25%, and purchasing barriers by 50% would increase EU GDP by 0.5% by 2027. In addition, over a million new jobs could be created on both sides of the Atlantic. As for the benefits to countries not participating in the negotiations, an analysis by the Center for Economic Policy Research (CEPR) shows that the introduction of the TTIP will have a positive impact on the economic growth of other countries as well (+0.14% of GDP), due to the increased demand from the U.S. and EU. U.S. NAFTA partners can expect negative consequences, as this association will lose value. Thus, it is forecast that in the long run Canada can expect a 9.5% decline in GDP per capita, and Mexico a 7.2% decline.

Skeptics, however, believe that the removal of all trade and tariff barriers between the U.S. and the EU could destroy the mechanisms that allow the individual European states to protect strategically important sectors of their national economies from unfair foreign competition and dumping. In addition, enormous difficulties lie in the need to harmonize the laws of the future TTIP member countries.

Kseniya Proka, an expert at the Center for Basic Research at the Russian Academy of Foreign Trade of the Ministry of Economic Development of the Russian Federation, described these problems to WEJ:

"Regulatory convergence between the U.S. and the EU is one of the priority areas within the TTIP. According to some studies, the removal of at least half of the non-tariff barriers related to differences in regulatory systems can ensure growth of the total GDP of the U.S. and the EU by 0.5%.

“The most pressing issues touch on areas such as financial regulation, the regulation of public procurements, intellectual property, and technical regulation.

“In the area of public procurements, the greatest difficulties have been associated with the regulation of this sector in the U.S., which varies greatly among states. For example, 13 states are not subject to the Agreement on Government Procurement of the WTO, which significantly restricts the access of European companies to them. In addition, there are differences in the cost thresholds of contracts.

“The U.S. has acted as the initiator of regulatory harmonization in the field of intellectual property. It has expressed doubts about the adequacy and effectiveness of rights regulation practices in this field in the individual EU countries. The European Commission, in turn, refuses to harmonize the regulation of intellectual property within the TTIP. The greatest difficulties are related to aspects such as geographical denominations, copyright and patents. Thus, certain terms that are recognized as geographical denominations in the EU are often found as generic names in the U.S. (for example, feta cheese is recognized as a generic name in the U.S., whereas in the EU it is protected as a geographical denomination).

“As for technical regulation, here it is worth noting three aspects. First of all, in the U.S., the process of developing technical standards is more decentralized than in the EU. The private sector participates widely in this process. The U.S. is concerned by the lack of direct participation by organizations in the deliberative processes of developing standards in the EU, as well as the limitation on the opportunities for influence. Secondly, the U.S. and the EU differ substantially in their approaches to the concept of an ‘international standard.’ It is a broader concept in the U.S. Thirdly, in the U.S. there may be various applicable standards in different states. This situation significantly restricts the access of European goods to the U.S. market. This situation is not characteristic of the EU, where the standards apply to all member countries.

“While taking into account all of the above difficulties, the greatest concern is caused by the possibility that the parties to the agreement may apply the practice of the so-called exchange and mutual exclusion of sensitive positions . Thus, the U.S. has reserved for itself the position of financial regulator, and the European Union reserved their position on audio-visual services. The application of this practice in the future will only limit the possible areas for the harmonization of regulation."