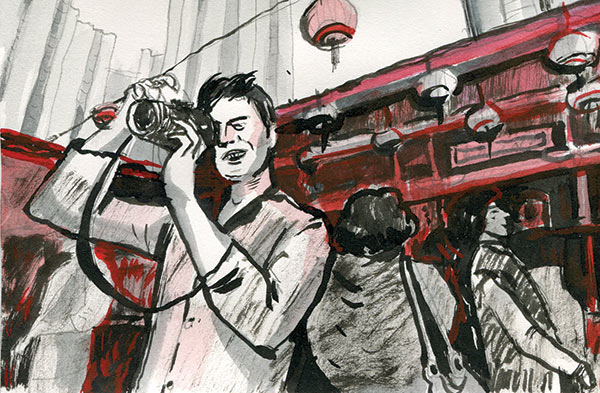 The tourism market in Asia and Russia has quickly overcome the crisis and is beginning to grow rapidly. The center of tourism is shifting little by little from the West to the East, to countries such as Russia, China, and India, which are also becoming more attractive to investors.

Last year, the international flow of tourists grew 4% to 1 billion people, according to the UN World Tourism Organization (UNWTO). Emerging economies have regained an advantage over developed ones, with the Asia-Pacific region showing good results.

The center of gravity in international tourism is gradually shifting from the traditional Europe to Asia. According to the UNWTO, the most promising markets in the coming years will be China, India, and other countries on the Asian continent.

Europe currently receives 51% of global tourism, while Asia gets just 25%. By 2030, the European share will fall to 40%, while Asia will see 37% – almost equal numbers. The same will go for outbound tourism. China, India, and Russia are becoming more important markets and by 2030 their value will grow even more.

The number of tourists going to the Asia-Pacific region grew by 7% in 2012, while in Southeast Asia and North America, it was 9%. European-bound tourism grew 3%.

Southeast Asia showed the best results among the sub-regions, / mostly due to the promotion of inter-regional cooperation and coordination in the area of tourism. Northeast Asia had strong growth (6%) because of a return of inbound and outbound tourism to and from Japan. Southern Asia and Oceania had a relatively weak increase of tourist traffic at just 4%.

The revenue generated reflects a positive trend in incoming tourism
Revenues increased significantly for the countries in the top ten tourist destinations: China (16%), U.S. (10%), UK (6%), and Germany (5%). Meanwhile, a large number of destinations have had revenue growth of 15% and more from international tourism: Japan (37%), India and South Africa (both 22%), Sweden and South Korea (both 19%), Thailand (18%), and Poland (16%).

The tourism sector has demonstrated its ability to adapt to changing market conditions, noted UNWTO Secretary-General Taleb Rifai. The organization is predicting that tourist arrivals will grow 3-4% in 2013.

Tourists will find the Asia-Pacific countries the most interesting, with growth in tourism here at 5-6%. Tourism to Africa will increase 4-6% and to the Americas by 3-4%. For Europe, the forecasts are more modest – just 2-3%. Developing countries will show better results in the number of tourists and this trend will continue for many years ahead.

Driver of Growth in the East
“APEC [Asia-Pacific Economic Conference] countries have doubled their tourist numbers in the past ten years,” says Euromonitor International Analyst Angelo Rossini. “This region will be the main growth driver for the next five years, especially for countries such as China and India. However, we can’t forget that 90% of global tourism is intra-regional, meaning trips to China and India will continue to gain popularity among tourists from Asian countries. Russia could become a major driver of growth in terms of tourists going to Europe, as Brazil would be for the U.S.”

Elena Lysenkova, CEO of Hospitality In.Comm, says that “developing countries in Asia such as India and China, in the Middle East, and in South America, which previously weren’t seen by many tourism agencies as a permanent destination, have become anchored sites for summer and year-round travel. Meanwhile, Asians have become frequent visitors in other countries. Now, for example, the range of services is being extended and Asian national characteristics are taken into account when owners and developers design new hotels in Europe.”

Chinese tourists are interested in the U.S. as well as Western Europe, where they prefer France, Germany, Italy, and the U.K. Chinese tourists want to look at the architecture of European cities and shop  – they are keen on buying European luxury brand clothing.

Russian tourists prefer traveling to neighboring countries, with popular destinations including Ukraine, Kazakhstan, Uzbekistan, Finland, Moldova, Azerbaijan, China, and Poland. The biggest motivations behind these trips are economic, family, and cultural ties. Yet the main Russian tourist destinations are quite diverse and include Turkey, Greece, Egypt, Spain, Bulgaria, Italy, Thailand, and Cyprus. Russians visit there to swim in the ocean and to see Europe’s main attractions. Last year, the number of tours to Spain, Greece, and Bulgaria grew.

“Asian countries have shown decent results in terms of the number of visitors,” says Angelo Rossini. “There was a greater number of arrivals from Vietnam, Thailand, Cambodia, Myanmar, Taiwan, and South Korea. Eastern European countries also saw high numbers of tourists in 2013, with arrivals increasing 8%.”

There were quite good numbers of arriving tourists in Georgia, Moldova, Kazakhstan, Poland, Lithuania, and Russia, thanks to the improving economic situation. The United Arab Emirates is among the countries that attracted especially large numbers, with significant investments in infrastructure having played an important role. In addition, the country’s two largest airlines, Emirates and Etihad, have expanded into new markets.

“We expect an increase in tourists from India, China, Indonesia, and Vietnam,” said Franz Dobersberger, Managing Director of Aandftour: “Thailand is now attracting Asian tourists, thanks to its developed infrastructure and advantageous location. You can get to Bangkok from many Asian countries in less than five hours.”

Thailand’s tourism industry is betting on the Asian markets, says a report from the Tourism Authority of Thailand. “It’s possible that the number of tourists from Asia will become more important to Thailand than the number of European tourists.”  The numbers of visitors from India, China, Indonesia, and Australia are growing.

In 2011, the proportion of Asian to European visitors in Thailand was 60:40, but tourists from Europe spent more money there (40:60). The Thai tourism market expects that revenue from Asian markets will exceed the European numbers in the near future. Average GDP growth is 8-9% in Asia, 6% in the Asia-Pacific region, and just 2% in Europe.

A Risky, but Profitable Sector
Asian countries and Russia are becoming sweet spots for investors, even though infrastructure is often poor. Rossini says that “in China, for example, there was an influx of investments from the leading international hotel chains due to expected increases in demand for luxury hotel rooms. Domestic tourism is also likely to increase. Russia in particular is attracting hotels; there is a shortage of hotels there in the medium price range price because of a lack of reasonable project proposals in this segment.”

“The tourism markets of Asia and Russia are more risky,” says Elena Lysenkova, “but they can bring in bigger revenues compared to the investment returns on similar projects in Europe. International investors are also mindful of state support for their projects in these countries, which reduces the risk and, consequently, increases their appeal. Net operating income for European hotels is somewhere in the range of 10-21%, whereas in Russia it is 40-55%, which, of course, attracts investors.”

Concerning the main trends, there were two major successes in the tourism industry in 2012 with the development of online travel. This segment has grown significantly in recent years and is expected to grow further. “Online travel is very popular in developed countries, but this segment has huge growth potential in developing countries too,” says Rossini.

“Another important trend will be in medical tourism,” he adds, “benefitting those traveling to India, Thailand, Turkey, Hungary, and Brazil. In addition, as high-speed rail develops, people will increasingly prefer to travel by train. Shopping tourism is growing vigorously now, mostly from business travelers from the BRICS countries who want to purchase goods.”

A final important trend is in the growth of individual tourism, says Margot Wiziak, Press Secretary for the Austrian National Tourism Office. This includes individual airline ticket bookings and visas. “First of all, tourists want to go back to their roots, back to nature. This is something important to consider when putting a tour together.”

There are no comments yet. Why donĺt you leave your own comment?