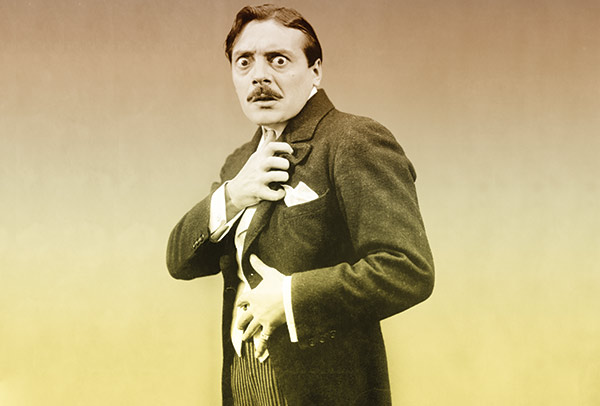 It is widely believed that the higher a state’s economic performance, the more satisfied its citizens are with their lives. Indeed, the quickest growth in personal income is happening in countries where the GDP is growing. Yet recent studies show that there is no direct correlation between Gross Domestic Product and happiness.

American economist Richard Easterlin, a professor at the University of Southern California, has long studied the interdependence between accelerating GDP growth and the happiness of citizens. He has gathered data on a number of countries over a long period of time – 12 years or more. His research, which was published in January 2013 (“Happiness and Economic Growth: The Evidence”), covers 17 developed countries (14 European countries and the U.S., Canada, and Australia), 9 developing countries which include over-populated Asian, Latin American, and African countries, and countries with transition economies, which include Russia and 10 other countries.

The average economic growth rates in these groups are quite different, ranging from negative numbers up to 10% annually. But when trying to correlate GDP growth with happiness, Easterlin kept running into the same contradiction each time: Although revenue growth should lead to a significant increase in satisfaction with life and one’s personal financial situation, measures to stimulate economic activity alone turned out to be insufficient to make citizens happier.

Money Doesn’t Solve Problems
When a low level of satisfaction with life occurs at a time when there is growth in GDP and personal income, this situation is called the “Easterlin paradox.” That means that even when the government gets wealthier and people’s income increases, they can still be extremely dissatisfied with their lives. 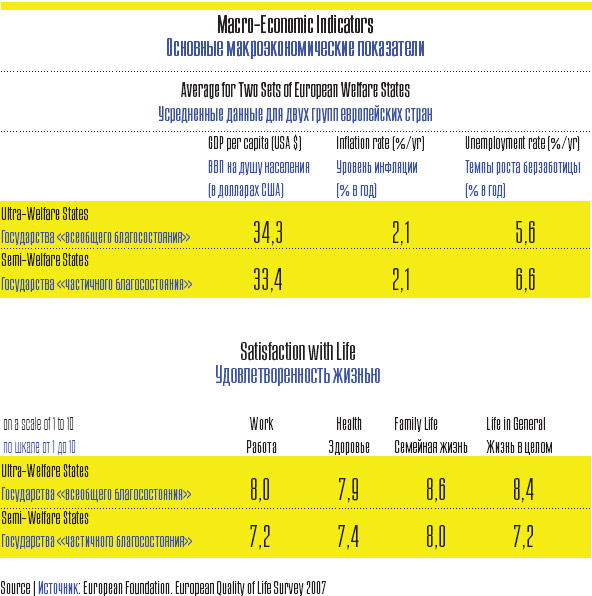 The most striking and obvious example that illustrates of this is China. Economic growth since the 1990s has one of the highest in recent history – over the past 20 years, China’s GDP has grown 20-fold. 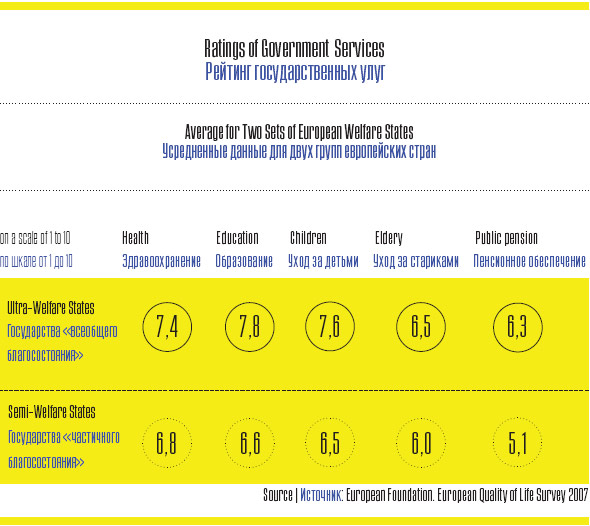 In the 1990s, it was a rare home in China that had a refrigerator, washing machine, or TV, but now everyone does, and one in ten people owns a car. It seems only logical to assume that the Chinese would feel that their lives were better. To prove this, Gallup, WVS, AB, Horizon, and Pew conducted surveys for 20 years to assess happiness in China (people were asked to rate their happiness on a scale of 1 to 10). The results suggest that by 2010, satisfaction with life not only didn’t improve, but didn’t even measure up to figures recorded during the much poorer 1990s. Apparently, the reason for slow growth in satisfaction with life is because people tend to compare their standard of living with that of others.

Objectively, Chinese citizens are living better; nonetheless, happiness in this country of quickly growing wealth was not dependent on absolute, but on relative wealth. That’s why even earning a decent salary and having a car, people simply can’t be completely satisfied with their lives, because there is always someone who is much more successful and richer. 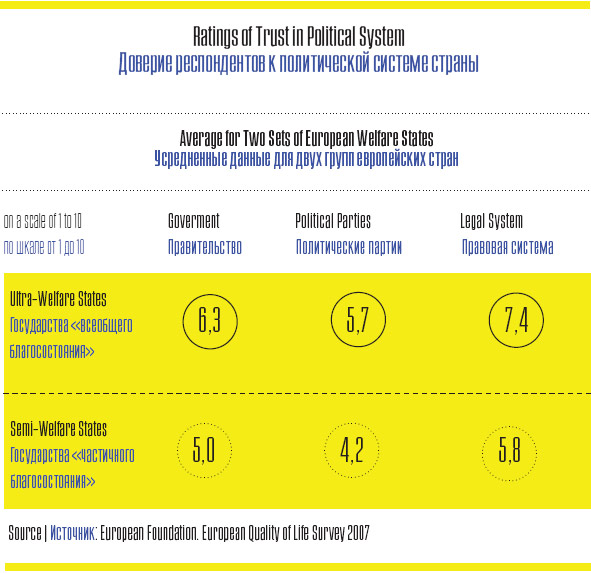 A similar situation was seen in the former East Germany and the countries of the former Soviet Union, where satisfaction in life fell sharply after the collapse of the USSR, what with the change in political systems, market reforms, and a deep recession. The similarities among China, Russia, and East Germany are obvious – before the transition to a market economy, in each of these three countries, the norm was comprehensive social security and full employment. After the transition to a market economy, employment grew into the double digits. State enterprises were eliminated and with them social protection of employees. Of course, after the political changes in these countries there was steady growth in GDP per capita. Yet, citizens faced new concerns: the need to search for work and livelihood, figuring out where to get medical services, how to educate their children, and how to help elderly relatives live comfortably. By all measures, restructuring and privatizing state enterprises had a profound impact on how the labor market functioned and the welfare of millions of workers. Most urban centers saw a sharp rise in unemployment and significant reduction in the work force. It’s obvious that, with the advent and growth of unemployment, the destruction of the system of social protection, and the emergence of a large number of problems,  people in these countries did not become happier.

Back in the USSR?
In order to make citizens more satisfied with life, the government must not just stimulate economic growth, but also create a social safety net. To confirm this conjecture, Professor Easterlin compared various European countries with similar GDP per capita, but different socio-economic policies.

In the first group of countries, he included modern “ultra-welfare states”  – Denmark, Sweden, and Finland. These countries are characterized by political systems that redistribute wealth in accordance with the principle of social justice, for the sake of giving every citizen a decent standard of living. Social differences are evened out and aid is given to the needy. The second group included European countries that are only occasionally considered modern examples of the ideal of a social state. This is why Easterlin called them the “semi-welfare states”  – France, Germany, Austria, and the UK.

Macroeconomic indicators like GDP per capita, inflation, and unemployment are almost identical in these countries. The difference lies in government policies, which are reflected in satisfaction with life. Respondents in the first group, on average, are more satisfied with their jobs, health, and family life than those in the second group. They also reported greater overall satisfaction with their lives.

Public reaction to the different policies in the two groups is consistent with the findings that there is a causal link between full employment, social security, and happiness. Below, we illustrate how people react to these political differences.

Respondents named “government services” as one of the quantitative criteria needed for a social state. On average, the “ultra-welfare states” are given a wider range of public services: healthcare, education, child care, elderly care, and public pensions. Residents of these countries consistently express greater confidence in the political system.

There is no doubt that, although that “ultra-welfare” and “semi-welfare” states have very similar economic conditions, happiness and satisfaction in life are higher in the first group, which is characterized by more generous and comprehensive socio-economic policies,  even if it sounds like a socialist model.

The conclusion is simple: Economic growth alone doesn’t cause joy. Compelling examples from developing, developed, and transitioning countries have consistently shown that rapid growth rates don’t bring happiness. Even China, with the highest economic growth ever recorded, hasn’t seen any improvement in satisfaction with life. However, it is worth remembering that there was a big departure from the socialist model in China; and in the countries of the former Soviet Union, the government temporarily forgot about social policies due to the political and economic crisis. This led to a significant drop in satisfaction with life, showing that happiness isn’t based on economic growth, but on the state’s social policies. Governments that want to make  people happy should carefully examine the experience of the USSR and other socialist countries. 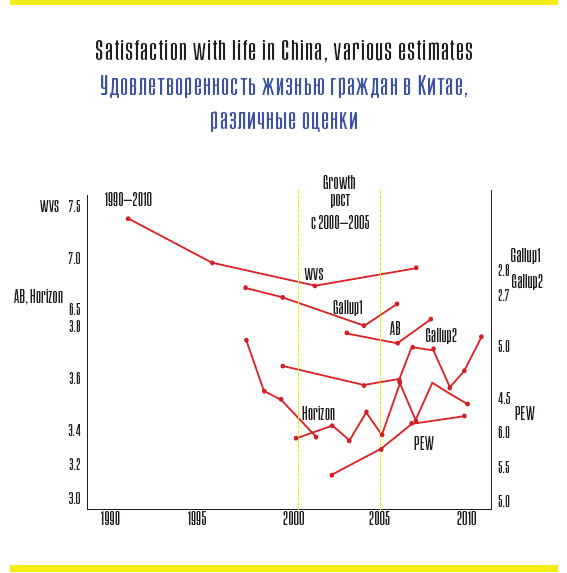 This finding is intriguing, but doesn’t mean that the time has come to reject economic growth as a policy objective and completely turn from the cult of GDP to chasing the happiness index. But concerns about GDP growth that plague most government officials shouldn’t lead them to neglect the problems of the common man, whose welfare is or should be the main political objective.

PRO
Richard, Easterlin, American economist and Professor of Economics at the University of Southern California, exclusive interview with World Economic Journal:
“The ‘Easterlin Paradox’ manifests itself identically in all countries, whether rich, poor, or countries with transitional economies. But a feature of the Easterlin Paradox is that after a certain threshold (about $20,000 a year), income growth no longer leads to an increase in satisfaction with life. There is a saturation effect and the relative level of income becomes important. For example, in America, as in China, Russia, and European countries, there was no correlation between economic growth and subjective well-being, and rich Americans are happier than the poor.”

CONTRA
Sergey Guriyev, Provost of the Russian School of Economics
“Recent research (including work by Stevenson and Wolfers using World Gallup Poll data and our work with Yekaterina Zhuravskaya about satisfaction of live in transition economies) has shown that the Easterlin Paradox mostly likely doesn’t have a place in the U.S. and definitely has no place in other countries (including transitional economies). The dependence of satisfaction with life on the income logarithm is almost linear. All other things being equal, revenue growth of 10% leads to a 0.02-0.04 point increase in happiness (10-point scale).

“It is these ‘all other things being equal’ to which Easterlin’s recent work is devoted. He says it is necessary to consider other quality of life indicators, like inequality, social welfare, etc. It’s hard not to agree with that. On the other hand, I believe that the conclusion that the USSR and other socialist countries ensured higher standards of living is deceptive. In its final years, the USSR guzzled up the well-being of future generations, which is why it went bankrupt,  and explains the inflation and recession that happened after the transition to a market economy. To say that life was good before the transition and afterwards was bad, is to confuse cause and effect. During the USSR, life was relatively good because it was living beyond its means. This is what led to the transition to a market economy.”

Might Indonesia join the BRICS? A discussion by Rizal Affandi Lukman.