The Main Topics of the July - August Issue of the World Economic Journal:

COVER STORY
The End of a Charismatic Era 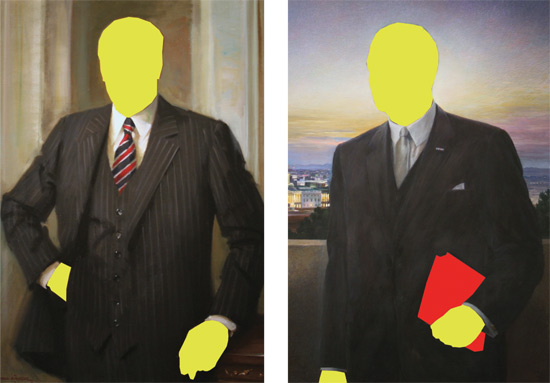 More than a dozen governments have fallen victim to the economic recession that has plagued Europe. With government officials slowly being replaced by technocrats, it would appear that Europe’s era of charisma and charm is a thing of the past.

AFFAIRS
Dictatorships May be Better for Business

Implementing democracy in authoritarian countries is almost always expected to bring investment growth and, subsequently, еconomic recovery. However, the most important factor in attracting foreign investors is not a country’s political regime so much as its economic stability.

London has spent the last seven years, and 9.3 billion pounds from the pockets of British taxpayers, preparing for the upcoming Summer Olympics. Now, the games themselves need to stay within budget and give the weakened British economy the impetus it needs.

In the June summit of the Big Twenty, one of the main topics was the European crisis. Many of the summit’s participants had ideas and opinions for the correct way to handle the crisis, including countries like Brazil, which has a reputation for coming up with creative financial solutions to save their economy from “dangerous” global trends.

The Spanish financial crisis hit the most vulnerable part of the country’s business community – small businesses. Without an official program in place to support small businesses, the Spanish government has resorted to funneling state funds to business incubators.

Edward LUTTWAK, the Senior Researcher at the Center for Strategic and International Studies (the CSIS), believes that Greece needs to leave the European Union immediately, followed by Spain, Portugal, and possibly Italy. Luttwak spoke to the WEJ about the opportunities that the Chinese Yuan has ahead, as well as the problems with the Russian ruble.

BANKING
“Making a Profit is Not Our Top Priority”

Waheed Qaiser, the leader of Islamic banking in the UK, is a top international banker who is convinced that global banks need to be making decisions based on the “real” economy. The World Economic Journal’s observers sat down to talk to the banker about peaceful existence and his personal optimism in life.

According to Andrey Elinson, the Deputy Director General of the “Basic Element” Business Group, Russia needs to start cooperating more actively with growing Asian countries. In an interview with the World Economic Journal, Elinson spoke about the “Basel” investments in the 2014 Sochi Olympics, the airport business, and important environmental initiatives.

ANALYSIS
Kazakhstan: The New Economy of the CIS Countries 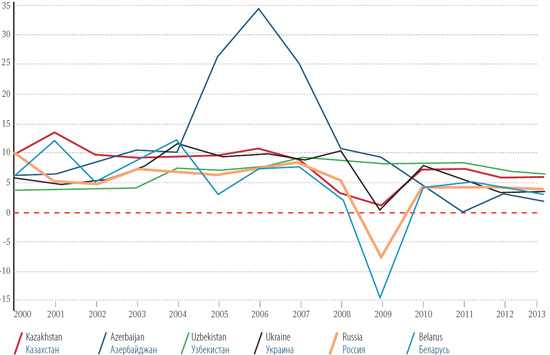 The Fifth Astana Economic Forum was held from May 22nd to May 24th in the capital of Kazakhstan. Heads of major multinational companies, government officials, heads of finance ministries and agencies of the CIS countries and the world, representatives from the world of science, business, international experts, Nobel Prize winners and many others attended the forum. The Analytical Information Service of the World Organization of Creditors (WOC) conducted a study to compare the economic performance of the CIS bloc member states and other blocks of countries. They also compared the various economic indicators of Kazakhstan with those of the other CIS countries and the largest global economies.

Greece is one of Europe’s most beautiful countries, and its gentle seas, fair climate, and serene, philosophically-minded people can easily make tourists never want to leave! It’s not difficult to see why early civilizations blossomed in this area of the world.

Roman Avdeev, the CEO of the “Rossium” company group and the primary beneficiary of the Moscow Credit Bank, believes that inner harmony and self-realization are the most important things in life. The father of 23 children, a philosopher, and a vegetarian, Avdeev discussed his commute to work and material “gluttony” with WEJ reports.

LIVING SPACE
How to Receive a Noble Title in Modern Europe

Historically, Europe has always been known for its gorgeous castles and the noble monarchs who once lived there, but nowadays, it’s possible to join their ranks. How? By buying one of Europe’s many palaces and restoring the castle to its former glory.

MOTOR
Onward to the Future

“Wait a minute, Doc. Ah... are you telling me that you built a time machine... out of a DeLorean? The way I see it, if you’re gonna build a time machine out of a car, why not do it with some style?!” As Russians, hearing Marty McFly’s skepticism for the DeLorean in the legendary 1985 film, “Back to the Future”, is confusing. Back in the Soviet Era with the so-called “Iron Curtain”, the DeLorean was still popular in Russia.

How relevant is the G-GLOBAL as a new format for bringing together global players? A discussion with Nestor Osorio.
More
Нет содержания для этого блока!