1st place: the Kaluga region
The Kaluga region is the undisputed leader among all the Russian regions when it comes to attracting investments. Last year, the region received the highly acclaimed International “Investment Angel” award, in an annual ceremony organized by the World Organization of Creditors (WOC). And with the influx of investments in the region, businesses started growing rapidly.

In Kaluga, there are more than 10,500 small and medium enterprises, and over 32,000 working entrepreneurs. Just in 2011, the small and medium businesses had a combined turnover amounting to 152 billion rubles – which, in comparison to the numbers from 2010, indicates a growth rate of 113.6% - and employed 95,000 people, almost a third of the workforce.

The share of these smaller enterprises accounts for 15.7% of the gross regional product, 30% of the volume of paid services, 65% of the retail trade turnover, 72% of the passenger transportation services, and 95% of the cargo transportation.

This allocation of funds was made possible because of the extraordinary regional business support. For example, a State Microenterprise Support Fund was established in the region to help make loans more accessible to local businesses, to allow for the further development of production. The fund provides loans to entrepreneurs under a special interest rate. In the year 2011, 37.5 million rubles out of the federal budget were used to co-finance the development of microfinance, and the fund granted 56 microloans to entrepreneurs.

Another way entrepreneurs can get support is with the work of the Guarantee Fund, which was established in 2009. This fund was designed to provide guarantee services to employers who try to secure bank loans without collateral. Currently, the fund has over 243.1 million rubles, and since its foundation, the fund has granted collateral warranties to 69 entrepreneurs in the amount of 253.1 million rubles.

A venture fund, in the amount of 280 million rubles, was also established to support high-tech, small businesses in the region. In just the past year, this fund allocated 42 million rubles to build a thermo-protective materials plant in Obninsk. Since its establishment, the fund has received over 30 applications. All these funds are just a fraction of the many measures aimed at supporting small and medium businesses in Kaluga.

2nd place: the Republic of Tatarstan
In 2011, local authorities provided 813.2 million rubles in financial aid to Tatarstan entrepreneurs, and as a result, the turnover of small and medium enterprises, in all areas of activity, increased by 6.2% from 2010 and amounted to $617.6 billion. Tax deduction for budgets and fees also increased, by 6.3% to 23.5 billion rubles. Almost 3,500 applications from entrepreneurs were considered for various grants, subsidies, and compensations in just 2011, of which 2,390 were granted.

Within the republic, the measures taken to promote business are very serious in nature. For example, the “Leasing-Grant” program removed unnecessary requirements for equipment. One major innovation is an increased number of leasing operators – at the moment, there are 9, which promotes competition. In 2011, approximately 35% of the funds in the program were allocated to farmers, 31% went to entrepreneurs working the field of housing utilities, and 34% to the manufacturing business. Compared to 2010, the number of grants distributed in the republic was five times higher in 2011.

Another innovation the program offers is the opportunity to apply for grants electronically and monitor business projects online. These options are made possible by the Tatarstan Investment Development Agency, within the framework of a program aimed to open information and make interaction within the business community easier.

The government of the Tatarstan Republic plans to increase the share of small and medium business of the Tatarstan gross regional product up to 34% by 2015. Currently, this number is 25% (nationwide, the number is 21%), but overall, this figure should be doubled, according to the President of the Republic of Tatarstan, Rustam Minnikhanov.

3rd place: Belgorod Oblast
In Belgorod, small and medium businesses continued developing their capacity with the support of the regional government in 2011. One out of every four citizens in the area currently works in small and medium businesses, and their total turnover amounted to 225 billion rubles, 22% of the region’s total turnover. More than a thousand loans, totaling 465 million rubles, were granted to small and medium enterprises to develop their businesses in 2011, and with the implementation of such measures, more than two thousand new jobs were created, in addition to retaining three thousand existing jobs in the region. The agritourism industry is also being actively developed in Belgorod. 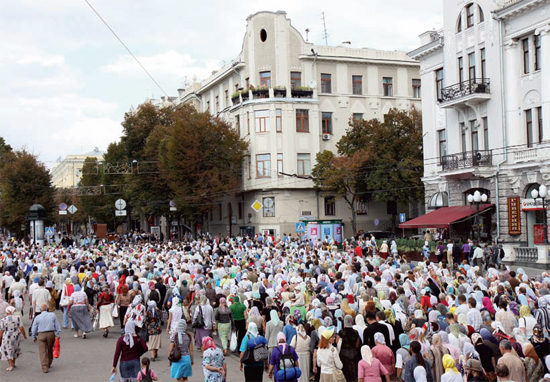 Last year, many of the small businesses in rural areas were actively developed. Over three thousand small farms were integrated into the “Belogoriya Family Farms” program, and produced products worth a total of 6 billion rubles. The state support given to small and medium businesses is aimed to develop competitive, small enterprises in the manufacturing and innovation sectors, enhance businesses in rural areas, create jobs, and increase employment. During 2011, about 870 million rubles, including 135.2 million rubles from regional budget funds, were spent implementing the farm program. Target loans up to 1 million rubles for small businesses, grants up to 300 thousand rubles, and grants going up to 500 thousand rubles were provided to establish innovative companies where part of the interest rate on the lease agreements was subsidized. Additionally, the Russian Bank and the Belgorod Oblast Fund, created to support small and medium businesses, provided loans up to 1 million rubles for these smaller businesses.

The sales volume from goods and services in the region exceeded 1 trillion rubles for the first time, the profits from enterprises totaled 134 billion rubles, and the investment value rose to 132 billion rubles in 2011. In terms of gross regional product, the region occupies first place in the Central Federal District, and the volume of industrial production for 2011 increased by 6.7%. The mining and metallurgical industry held the leading position in the structure of the region’s economy, and the leisure, entertainment, and tourism sector is considered a relatively free niche for business development. 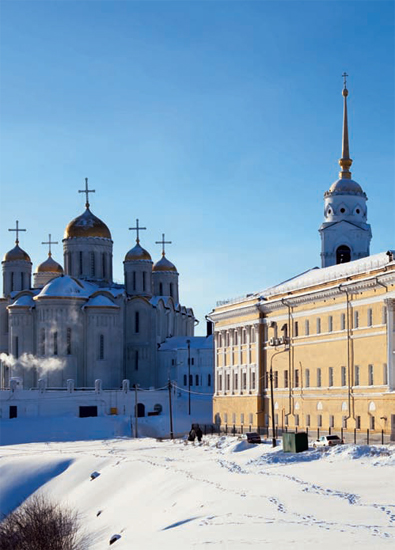 The turnover of the smaller businesses totaled 191.5 billion rubles in 2011 (33.5% of the region’s total turnover, including all enterprises and organizations), and the total number of businesses increased to 16,700. This increase now means that a thousand of the region’s citizens account for 12 small and medium enterprises. The share of products manufactured by small enterprises in the total volume of gross regional product is 16% more than the average value in Russia. 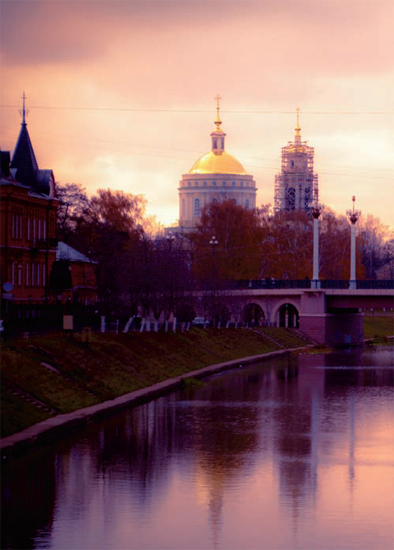 According to estimates, the share of small of medium businesses amounted to 56.5% of all the enterprises in the region by the end of 2011 (in 2009, this number was 42.2%). The most popular business sectors in the Orel region, in order, are trade (45%), the processing industry (10.6), real estate, renting and services (9.1%), and construction (8.3%). Without a doubt, small businesses are the most important economic asset in the Orel region.

There are no comments yet. Why don’t you leave your own comment?

Alejandro Jara talked about the benefits to Kazakhstan and other countries if they join the trade organization.

How relevant is the G-GLOBAL as a new format for bringing together global players? A discussion with Nestor Osorio.
More