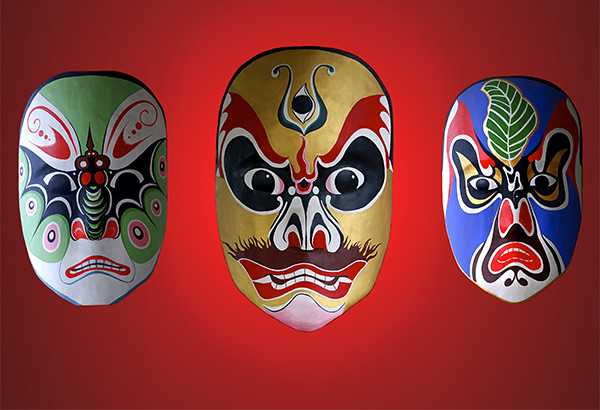 By the end of 2012, developing countries had won the battle “for foreign investments” with developed countries, and the distribution ratio of global flows between these two groups is 52%/41.5%. More than 30% of global foreign direct investments are going to Asia, but the regional picture is very heterogeneous. China continues to be the clear leader.

Admittedly, Asia didn’t manage to avoid losses in 2012. The global economy is still in the doldrums, Europe – a traditional source for investment – is far from recovery, and international companies are cutting their investment programs. Together, these factors are destabilizing the situation and causing investors to play the waiting game.

FDI flows into Asian countries fell 6.7% to $407 billion, yet remain at a high level. All sub-regions have suffered losses, with the most tangible ones in Southeast Asia (-45%). Nonetheless, five Asian countries are among the top 20 in terms of global FDI inflow: China (2nd), Hong Kong (3rd), Singapore (8th), India (15th), and Indonesia (17th).

In Eastern and Southeastern Asia, the leaders in FDI are still China and Hong Kong, despite revenues decreases of almost $3 and $22 billion, respectively. Increases were seen in Cambodia (+72%), Indonesia (+3%), the Philippines (+54%), Thailand (+10.6%), and Vietnam (+12.6%), but it should be noted that their total monetary growth couldn’t make up for losses in China and Hong Kong. Cambodia, Myanmar, and Vietnam seem to have become the new strategic centers in the region, attracting investments in their infrastructure projects and mining industries. Thailand is becoming a hotspot for new projects in the automotive and electronics industries. A Toyota production facility in Thailand, for example, overtook China to become the company’s third largest facility. China is implementing infrastructure projects in Laos (railroad construction) and Indonesia (a power plant in Bali). The positive growth in FDI flows in this region accounts for much of the regional integration and development of domestic communications as part of the ASEAN partnership.

In South Asia, only Iran saw growth in foreign direct investment (+17%), while the regional leader, India, faced losses of almost one third of the 2011 level. Increased risks for both domestic and foreign investors tied to high inflation and a slowing national economy are what led to the decline in FDI. But Indian authorities are making advances in investments, opening up a number of key industries (e.g. retail) to investments. The authorities also hope that the creation of industry-specific zones will also have a positive effect on FDI growth.

In Western Asia, Turkey and Saudi Arabia both saw losses (down 23% and 25% to $12 billion for each) but FDI increases in other countries in the region couldn’t compensate for them. In this region, the peak of foreign direct investment was recorded in 2008 at $93 billion and since then has maintained a downward trend. In the current environment, with increasing political and social uncertainty, investors haven’t been quick to take risks and are playing the waiting game.

Thanks to China establishing itself as one of the leaders in investments in other countries, FDI from East Asia is more than $200 billion (China and Hong Kong have both spent about $80 billion, while another $33 billion has come from South Korea).

In Southeast Asia, there are four investor countries: Singapore, Malaysia, Thailand, and Indonesia. Their total investments in 2012 were $55 billion and the decline in active investors from Singapore and Indonesia was compensated with increased FDI from Malaysia and Thailand. The cost of manufacturing in China is increasing and the trends are to either move production to other countries in the region or back to the foreign company’s home country, or farther inland into China. The first to be transferred are the labor-intensive industries (like shoes and clothes) from Hong Kong, Taiwan, and mainland China to Cambodia (where labor costs are 2/3 lower), Indonesia, and Vietnam. Nike is one such company, where already 41% of its shoes are sewn in Vietnam, up from 25% in 2005. China has modernized its manufacturing and replaced hard labor with high tech and research and development: at the end of 2013, Samsung has invested $7 billion to open a plant to produce flash memory, the largest foreign investment from a company in China’s history.

In South Asia, the only country able to invest abroad is India, but activity has fallen by $4 billion, which is a reflection of the negative trend across the whole region. Indian investors are more focused on domestic projects than on foreign ones.

In addition to the usual primacy of Saudi Arabia, Turkey has emerged as a new leader in Western Asia. Investments in 2012 from these two countries were nearly identical at just over $4 billion each. Oman and the UAE also had positive growth in FDI outflow. But a decline in investments from the region as a whole can be explained by a threefold decrease in outflow from Qatar (from $6 billion to $1.8 billion).

It’s clear that China is a global investor in addition to being a large receiver of FDI. In 2012, Chinese investments in other countries reached $87.8 billion, placing them in third place among investing countries (a year early China had been in 6th place). Chinese companies are investing in a wide range of industries and countries: in industries of interest to them and natural resources, manufacturing, construction, and trade. Since 202, China has increased its FDI in other countries 33-fold, totaling more than $600 billion. It should be noted that during the deficit in foreign direct investments, many countries have become interested in “Chinese money” and are trying to expand mutual trade and develop investment cooperation. Currently, more than 22,000 companies in 179 countries and regions have received Chinese investment, of which about 80% has been profitable.

According to China’s Ministry of Commerce, the amount of outbound Chinese investment for the first 10 months of 2013 in the non-financial sector grew 25.8% year over year totaling $58.2 billion. For this period, investors from China placed their money in 3,254 projects in 126 countries. But the bulk share of proceeds went to Hong Kong, a special administrative district that claimed 42.6% of investments from mainland China. The ASEAN member states, the U.S., Russia, and Japan are also of interest to China, and inflows into these regions this year have grown by 31.2%, 16%, 32%, and 15%, respectively. Yet foreign investment from China flowing into the European Union and Australia has fallen by 21% (to $1.58 billion) and 29% (to $1.36 billion).

Referring to more specific projects in recent months, the British authorities have managed to negotiate a Chinese company’s participation in a project to renovate the Manchester airport and the Crystal Palace in London. Total investments in these projects will exceed ?1.3 (approx. $2 billion). The UK hopes to reach $100 billion in trade with China by 2015. Russian authorities hope for a similar deal, but China is only interested in Russia’s resource projects, while Russian authorities should be interested in implementing high tech projects.

In October 2013 alone, Chinese authorities held negotiations with representatives from ten other countries. Cambodia’s agro-industrial complex is alluring, while China is interested in Iceland’s geothermal energy, Arctic research, and environmental protection. Bilateral trade is growing between China and Vietnam, while negotiations are under way with Turkey on the creations of the Silk Road economic zone that will lead to further cooperation with all the countries along this “road.” UK and Russian officials traveled to China to “strengthen mutual business relationships.” And the list could go on and on. Chances are there isn’t a single country with which China wouldn’t be interested in a partnership. And they are able to send their accumulated financial reserves to guide the development of ties that are first and foremost profitable for them, especially during economic crises. There was a time when China could lure a vast number of international companies, but the developed world’s attempts to reduce costs have resulted in stagnation there and the dynamic development of China and its neighbors. The Chinese economy, which has informally subjugated the whole world, is now officially committed to becoming “number one” in all indicators, and if that happens, the economic map of the world will have to be redrawn in the near future.

Is it possible that some European countries will leave the European Union? The views of Wu Hongbo.
More
Нет содержания для этого блока!